The house at 181 Bowdoin Street in Springfield, around 1938-1939. Image courtesy of the Springfield Preservation Trust. 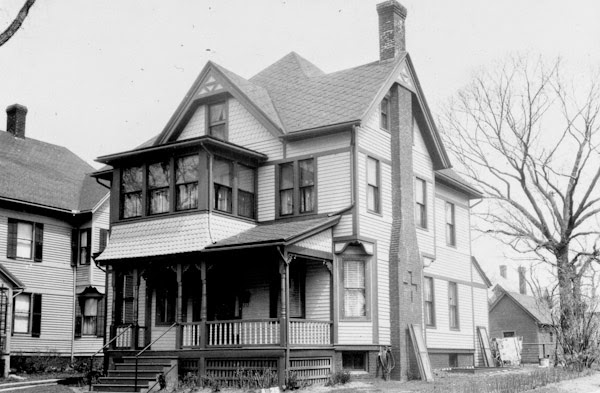 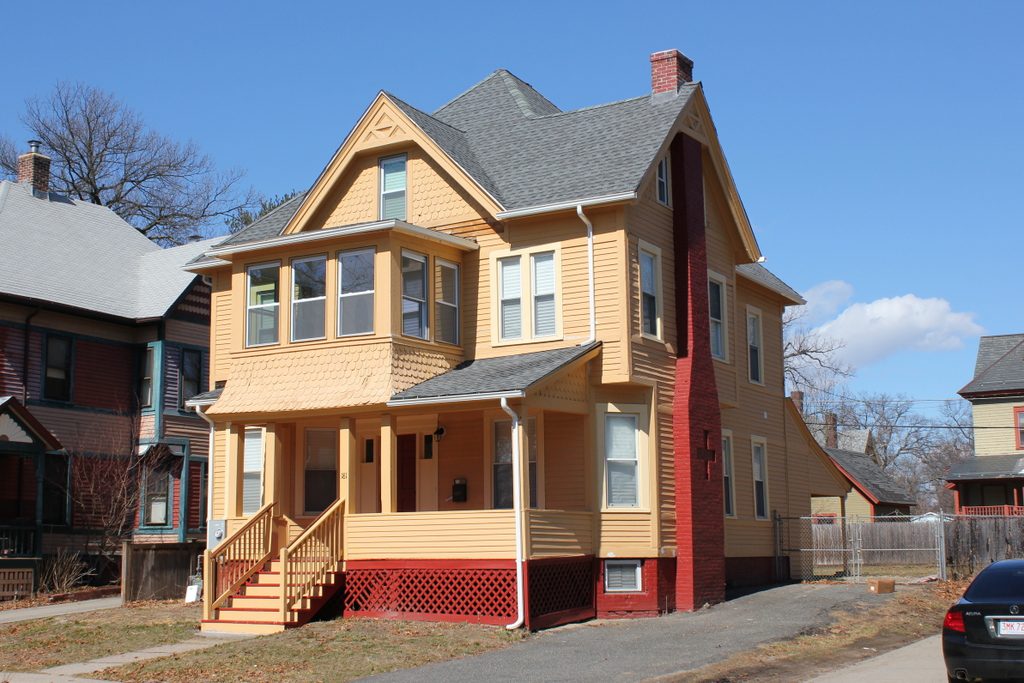 Built in 1894, this house was the home of Jesse H. Bailey, a bookkeeper who was originally from West Brookfield, Massachusetts. He and his wife Eliza were in their mid-30s when they moved into the house with their three children, Roscoe, Fred, and Clifford. However, Jesse did not live here for very long, because within a few years he found himself in the far less elegant accommodations of the York Street Jail. During his time as a bookkeeper, he had been the assignee of Spalding & Pepper, a bankrupt bicycle manufacturer in Chicopee, but was fired in early 1900. It was soon discovered that he had embezzled over $4,200, and after pleading guilty he was sentenced to five years in the county jail.

Eliza and the children were living in the house during the 1900 census, but the family’s troubles continued a year later, when 17 year old Fred died of heart disease. According to the 1910 city atlas, she still owned the house in 1910, but was apparently renting it to Arthur A. Birchard, who is listed here in that year’s census along with his wife Grace and their eight children, who ranged in age from 2 to 20. By 1920, it was owned by Mary Harrigan, a 49 year old widow who lived here with her three adult daughters. The house became a little more crowded by 1930, when two of her daughters were still here, plus her son-in-law and two grandchildren.

Mary Harrigan and her family were still living here when the first photo was taken, and very little has changed in the house’s appearance since then. It does not have the same multi-color paint scheme that it would have had in the 1930s, but most of the Queen Anne-style details are still there. The only significant difference is the first floor porch, which has lost its original posts and railings. Along with the other homes in the neighborhood, it is part of the McKnight Historic District on the National Register of Historic Places.