The house at 151 Bowdoin Street in Springfield, around 1938-1939. Image courtesy of the Springfield Preservation Trust. 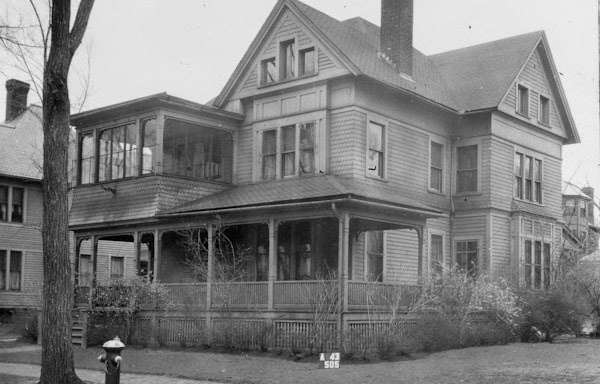 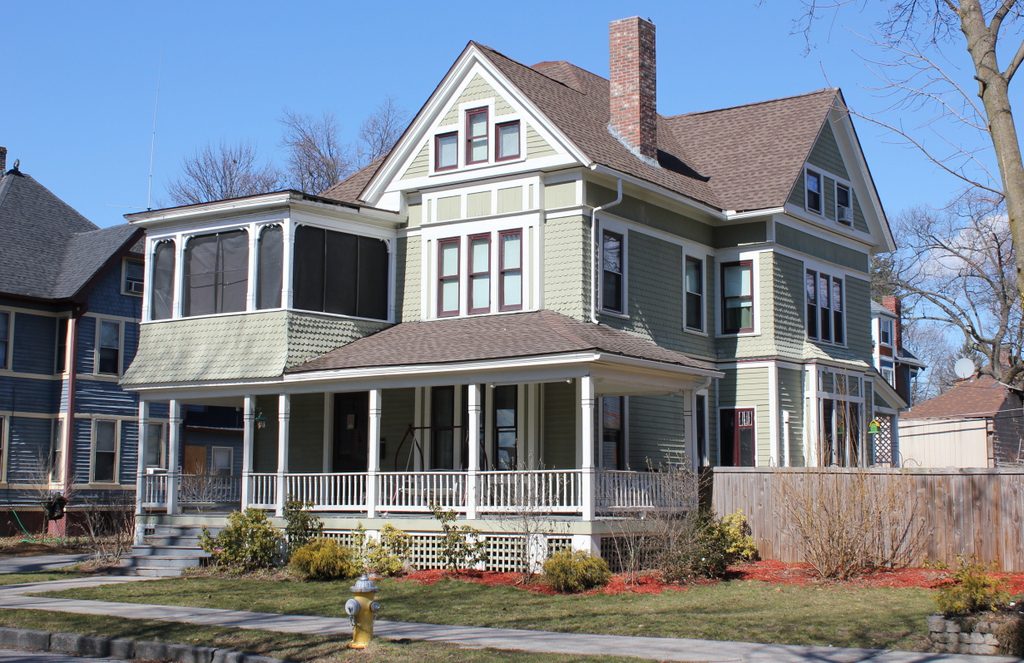 This house was built in 1886, and was originally the home of Herbert Myrick, who was for many years the president and editor-in-chief of the Phelps Publishing Company. He was born in 1860 in Arlington, Massachusetts, but at the age of 12 he and his father moved to Colorado, where Herbert worked in a newspaper office. Living in a primarily rural area, he gained a good understanding of agriculture as well as the printing industry, and his later career would reflect both of these interests.

Myrick returned to Massachusetts in 1877, and the following year he enrolled in the Massachusetts Agricultural College, the school that later became UMass Amherst. To help pay his tuition, he took on a variety of jobs, including writing a weekly column for the New England Homestead, which was published by the Phelps Publishing Company in Springfield. In exchange, he received a free copy of the paper, along with a salary of $1 per month. He soon advanced in the company, though, and upon his graduation in 1882 he became the agricultural editor of the Homestead.

In 1885, he married his wife Elvira, and a year later they moved into his house. Over the next eight years, they had three children, Christine, Helen, and Donald, and during this time Herbert’s career continued to advance. In 1890, he became the president and editor-in-chief of the company, and he oversaw the publication of a number of magazines. Along with the Homestead, other titles included Farm and Home, American Agriculturalist, and the Orange Judd Farmer. From 1900 to 1911, under Myrick’s leadership, the company also published Good Housekeeping.

By the first decade of the 1900s, the company was printing nearly two million periodicals per month at their facility on Worthington Street. From here, these publications were mailed to subscribers across the country, with the company generating more mail than the rest of the city combined. Myrick would remain as he president of the Phelps Publishing Company until his death in 1927, and during his career he also wrote a number of books on farming-related topics, along with advocating for the creation of the federal Farm Credit System.

Myrick and his family had moved out of this house sometime in the 1910s, and by 1920 they were living on Stony Hill Road in Wilbraham. Subsequent owners of their house here on Bowdoin Street included Jeremiah H. Jones, a lawyer who was living here with his wife Blanche and their two children in 1920. The first photo was taken in the late 1930s, and it is now one of many well-preserved and restored Victorian homes in the neighborhood. Its exterior looks the same as it did nearly 80 years ago, and probably not much different as it did when Herbert Myrick lived here. Along with the rest of the neighborhood, it is part of the McKnight Historic District on the National Register of Historic Places.