The house at 131 Bowdoin Street in Springfield, around 1938-1939. Image courtesy of the Springfield Preservation Trust. 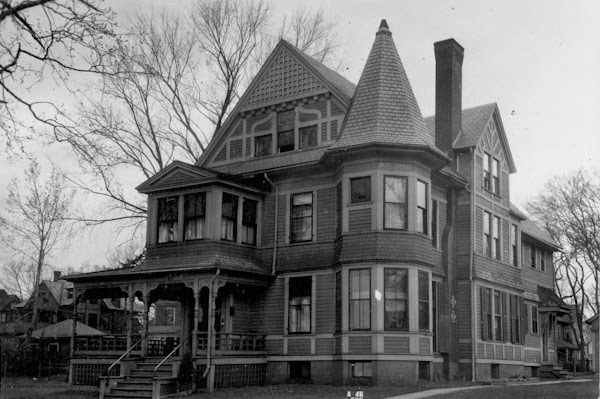 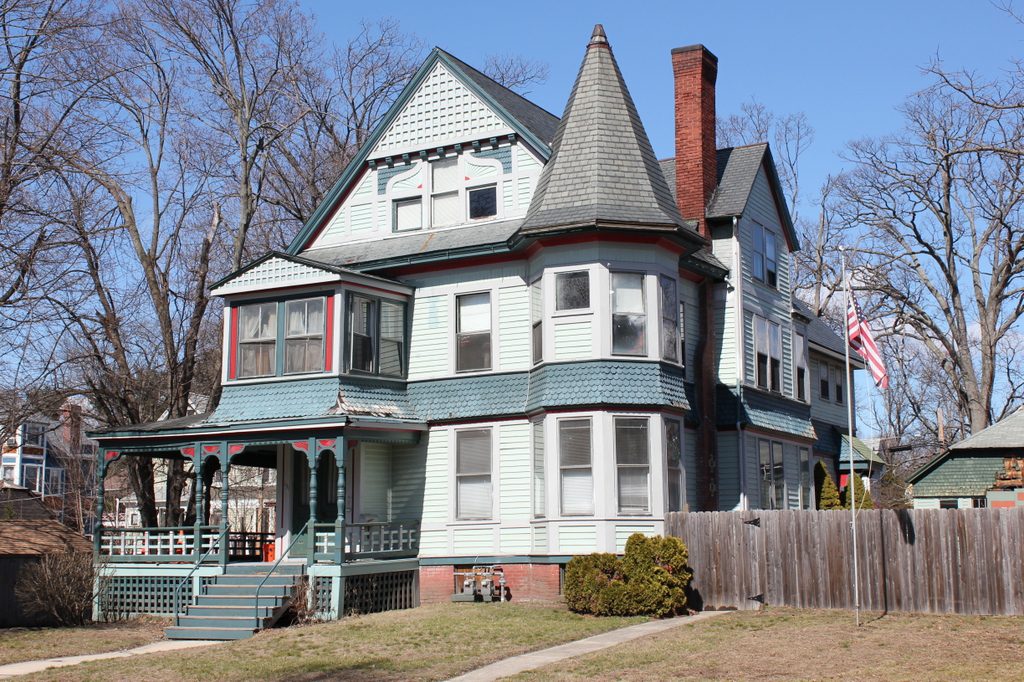 This house was built in 1886, at the height of the popularity of Queen Anne-style architecture, and the exterior shows a variety of common elements, including a polygonal turret on the corner. It was originally the home of William Quinnell, a merchant who sold “artistic household goods,” including stained glass, brass fixtures, china, pottery, chandeliers, and a variety of other household novelties. He had previously traveled across Europe as a buyer for Tiffany & Co., but in 1884 he opened his store on Main Street in Springfield. It was good timing, because he arrived just as the McKnight neighborhood was being developed, and his merchandise presumably made its way into his home and many other upscale houses that were built here in the following years.

Quinnell died in 1902, and by the 1910 census this house was home to two different families. It was owned by Almon Chapman, a contractor who lived here with his wife Lucy, but they also rented part of the house to Sarah Clark and two of her adult sons, Edwin and George. Both families would remain here for several more decades. Almon died in 1925, but by the 1930 census Lucy was still living in the house. During that year, it was valued at $10,000, and Sarah and Edwin paid $25 in monthly rent. Lucy died in three years later, and by 1940 the Clarks were no longer living here. The house remained a two-family home, though, and today it is essentially unchanged from its original exterior appearance. Like the other houses in the neighborhood, it is part of the McKnight Historic District on the National Register of Historic Places.