The house at 60 Dartmouth Street in Springfield, around 1938-1939. Image courtesy of the Springfield Preservation Trust. 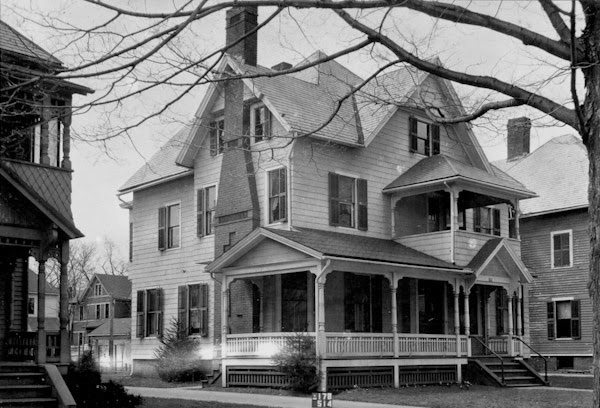 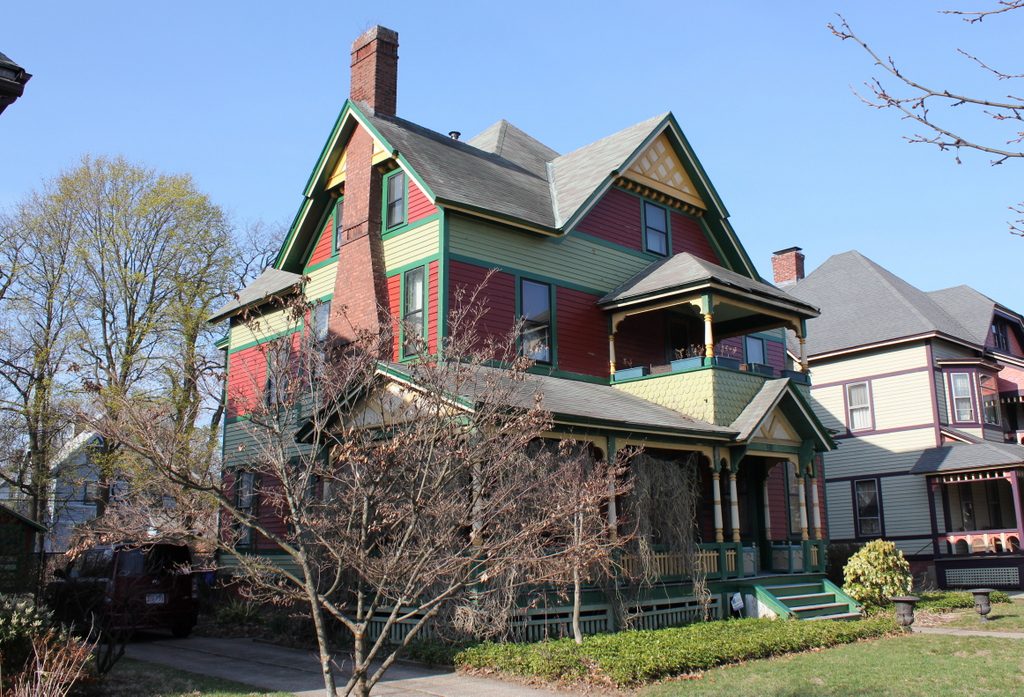 This house was built in 1893 for Walter T. Bugbee, a tailor who had previously lived a few houses away at 24 Dartmouth Street. It seems unclear why, after living there for just six years, he chose to move to a very similar house on the same block, but he did not live in this one for very long, either. By 1900, he had moved to Garfield Street in Forest Park, and this house was owned by scientist Mary A. Booth, who lived here alone except for a servant.

Originally from Longmeadow, Mary Booth became interested in science thanks to her father, Samuel C. Booth, who had accumulated an extensive collection of minerals and Native American artifacts that, after his death in 1895, she donated to the Springfield City Library. In particular, she specialized in microscopy and micrography, becoming a leading authority on these topics, as well as one of the few female scientists in 19th century America. She was a member of a number of scientific societies, including the Royal Microscopical Society and the American Association for the Advancement of Science, and she traveled extensively to give lectures while also working as the editor of the magazine Practical Microscopy.

Booth did much of her work here at her home, where she prepared her microscopic slides, took photographs through her microscope, and stored her vast collections. One contemporary source described her home as being “filled with many relics of the past and products of her skill,” while another declared that “she has probably the largest private collection of parasites in this country.” During the outbreak of bubonic plague in San Francisco at the turn of the 20th century, she put her knowledge and skills to use in assisting public health officials, by providing them with photographs of plague-infected fleas.

Booth lived here until her death in 1922 at the age of 79, and the house subsequently became the home of Roe S. Clark, his wife Sarah, and their two children. Clark was a businessman who served as treasurer and later president of the Package Machine Company, and he lived here for about a decade before moving in 1932. The house was sold to another local business executive, Harley Morrill. Many years earlier, he had started his career as a railroad engineer, before becoming superintendent at the Ludlow Manufacturing Company. By the time he moved into this house, he was the president of the Springfield Cooperative Bank, which was the precursor of the present-day United Bank.

At some point, the exterior of the house was covered in aluminum siding. It is hard to tell from the black and white image, but it appears to have already been installed when the first photo was taken. The house ended up being used as a rooming house, but the house was ultimately restored on the interior and exterior, including replacing the siding with wooden clapboards. Along with the rest of the neighborhood, the house is part of the McKnight Historic District on the National Register of Historic Places.