The house at 66 Dartmouth Street in Springfield, around 1938-1939. Image courtesy of the Springfield Preservation Trust. 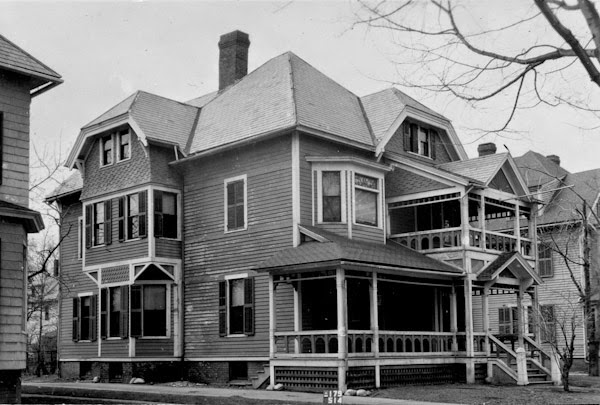 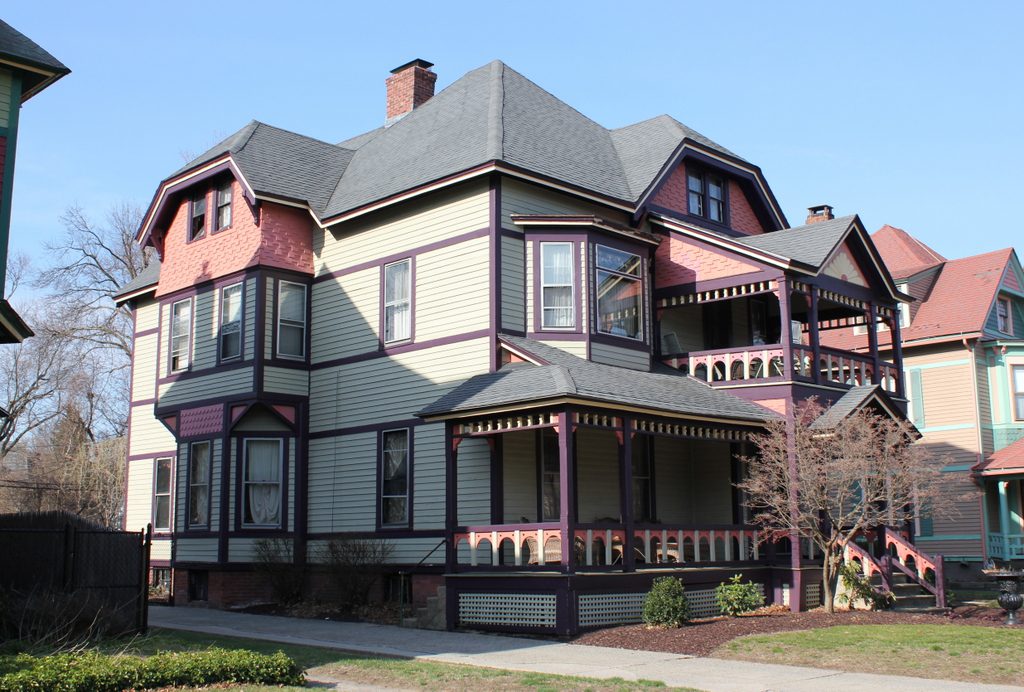 This house was built in 1887 for businessman James A. Bill, Jr. and his wife Ella. Their only child, Raymond, was born a year later and grew up in this house. James was originally from Lyme, Connecticut, and as a young man he worked on board a steamboat that operated on the Connecticut River between Old Saybrook and Hartford. Despite living in Connecticut, his parents were apparently southern sympathizers, because three of his brothers, born before and during the Civil War, were named Kansas Nebraska Bill, Lecompton Constitution Bill, and Jefferson Davis Bill.

James Bill came to Springfield in 1875, first working for the Connecticut Central Railroad before becoming bookkeeper for the Union Envelope Company and the National Papeterie Company. He later became treasurer and manager of National Papeterie, but subsequently left the stationery business and became secretary, treasurer, and general manager of the Springfield Knitting Company. All three of the companies that he worked for in Springfield were owned, at least in part, by prominent businessman and philanthropist Nathan D. Bill. Like James, Nathan Bill’s family was also from southern Connecticut, although the two do not appear to have been related.

Aside from his business career, James Bill was also involved in local politics, serving on the city’s common council for five years and on the school board for three years. He lived here in this house until his death in 1909, and Ella and Raymond continued living here for a few more years. Raymond graduated from the University of Pennsylvania in 1910, and he soon went into business for himself, establishing Raymond R. Bill & Co., a Springfield-based heating company.

By the early 1920s, the house had been sold to real estate and insurance agent George S. Lampson, who lived here with his wife Henrietta and their children. They were still living here by the 1930 census, but they moved out at some point soon after. The house does not appear to be listed in the 1940 census, which was done only a year or two after the first photo was taken, so it is possible that the house was vacant at this point. Also, there appears to be a good amount of peeling paint in the first photo, suggesting that the house was probably in need of maintenance.

In the years after the first photo was taken, the exterior was covered in asbestos shingles, a popular material in the mid-20th century. However, the house was restored in the 1980s, with wooden clapboards replacing the shingles, and it now has a paint scheme that highlights the Victorian-era details. Along with the surrounding homes in the neighborhood, it is part of the McKnight Historic District on the National Register of Historic Places.