The home of Jonathan Alvord on North Meadow Road in Windsor, around 1935-1942. Image courtesy of the Connecticut State Library. 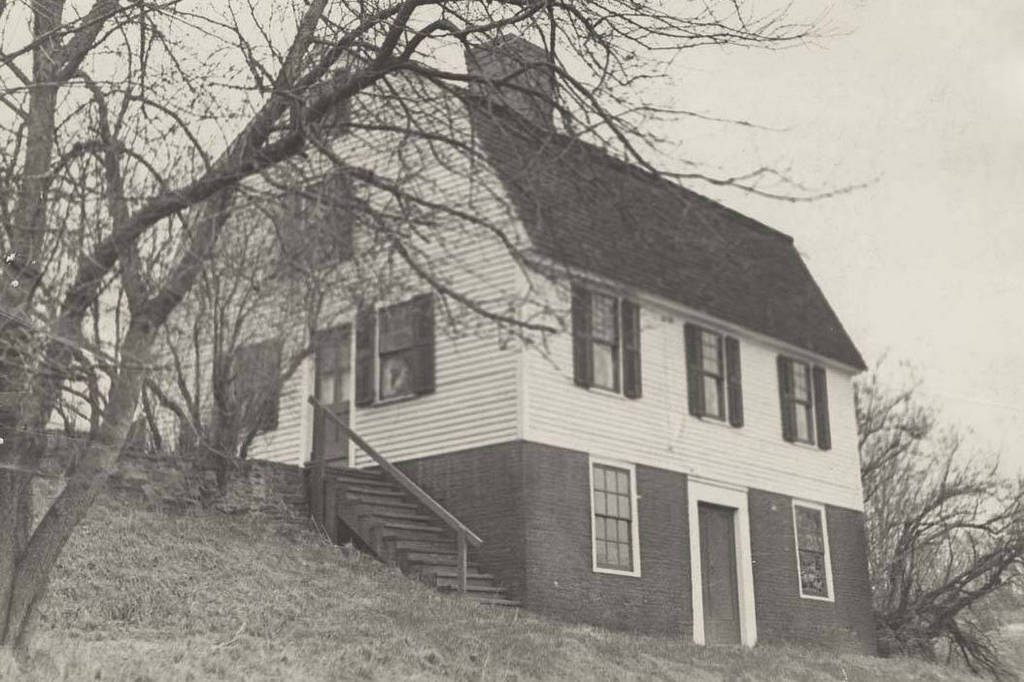 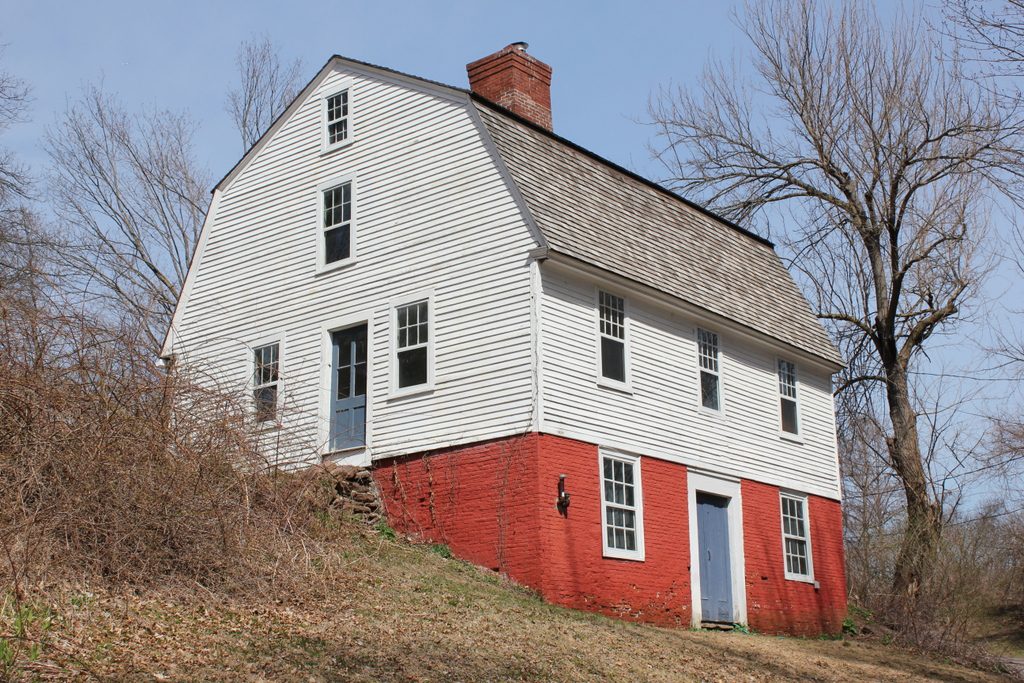 This house was built in 1786 along the north side of the Farmington River, just upstream of its confluence with the Connecticut River. Just to the east of here is a large meadow, which is part of the Connecticut River floodplain, and the house is actually built right into the hillside at the edge of the meadow. It is two stories high, with a gambrel roof that was common in the late 18th century, but the most noticeable feature is the basement, which is a full story tall on the downhill side of the house.

The original owner of this house was Jonathan Alvord, whose last name is also spelled Alford in historical records. There seems to be very little specific information about him, although he was living here until at least the 1810 census. When the first photo was taken over a century later, the house remained well-preserved, and not much has changed since then. Along with the many other 18th and 19th century homes in the center of Windsor, it is now part of the Palisado Avenue Historic District, which was added to the National Register of Historic Places in 1987.