The house at 115 Palisado Avenue in Windsor, around 1935-1942. Image courtesy of the Connecticut State Library. 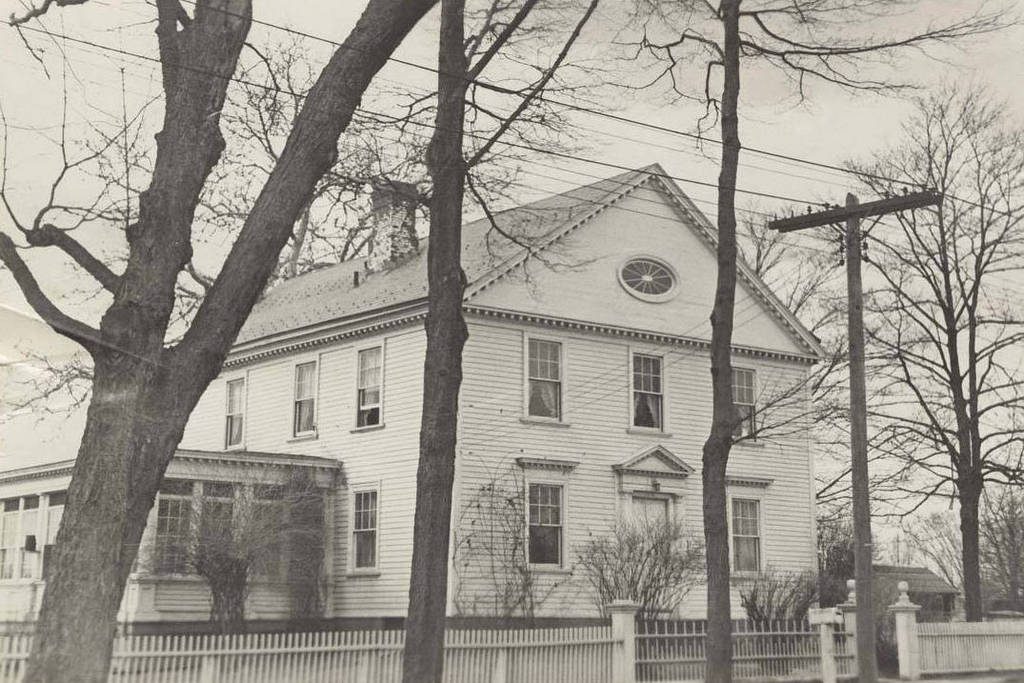 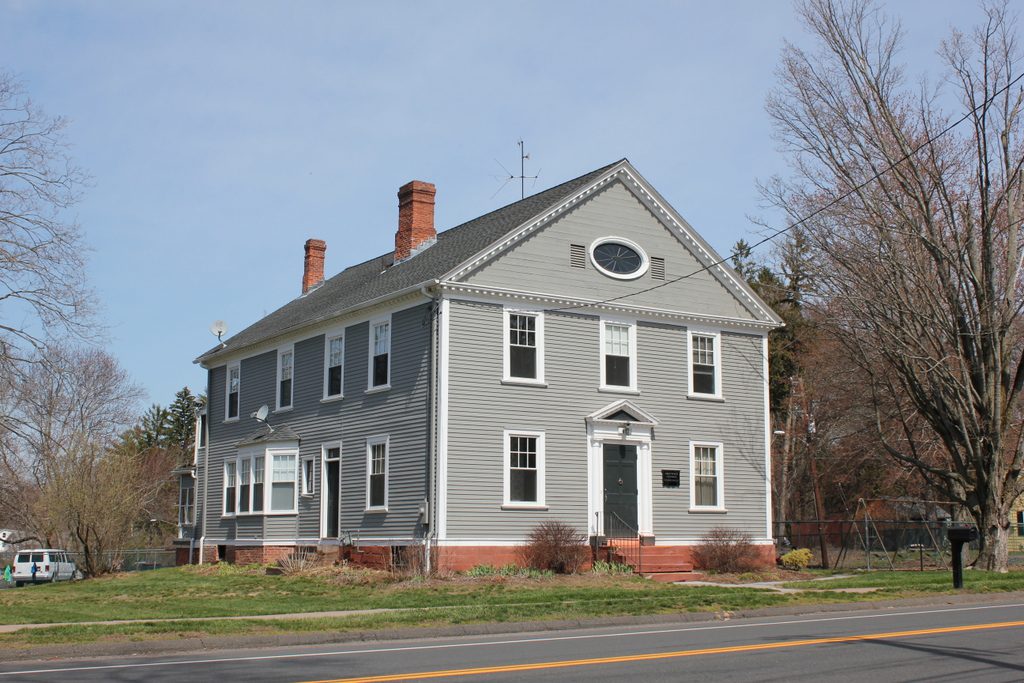 Martin Ellsworth was the son of Oliver Ellsworth, one of Connecticut’s leading politicians of the late 18th century. In 1783 year that Martin was born, Ellsworth was one of the state’s representative to the Continental Congress, and he subsequently served as a delegate to the U.S. Constitutional Convention in 1787, a Senator from 1789 to 1796, and as Chief Justice of the United States from 1796 to 1800. Martin grew up in his father’s house in Windsor, and like his father and his older brother, he attended Yale, graduating in 1801.

In 1807, Martin married Sophia Wolcott, and they moved into this newly-built house opposite the Palisado Green. The house appears to have been built as a wedding gift from Oliver Ellsworth, who died only a month after his son’s marriage. The newlyweds lived here for about 11 years, with Martin running a merchant business. During this time, he also served in the state militia, attaining the rank of major during the War of 1812. However, after the death of Martin’s mother Abigail in 1818, he and Sophia moved to the family homestead, where they lived for the rest of their lives.

After they moved, this house was sold to Dr. William S. Pierson, a physician who purchased the house after moving to here from Durham, Connecticut. Born in 1787, he was the great-great grandson of Abraham Pierson, one of the founders and the first rector of Yale. William himself graduated from Yale in 1808, and subsequently earned his M.D. from Dartmouth. He and his wife Nancy had nine children who grew up here in this house, and he practiced medicine here in Windsor for many years. He died in 1860, and Nancy died three years later.

William and Nancy’s oldest child was William S. Pierson, Jr. He was also a Yale graduate, and went on to become a lawyer. Like many other Connecticut residents of the era, he moved west and settled in Ohio, where he became a successful businessman and eventually the mayor of Sandusky, Ohio. During the Civil War, he was placed in command of a prisoner of war camp on Johnson’s Island near Sandusky, eventually earning the rank of brevet brigadier general at the end of the war. After the war, though, he returned to Windsor and lived here at the family homestead, having inherited it after the death of his parents.

General Pierson died in 1879, and in 1923 his former house suffered serious damage from a fire. However, it was restored and in good condition by the time the first photo was taken a little over a decade later. The side porch on the left and the fence in the front yard have since been removed, but otherwise its appearance has changed very little in the past 80 years. Like the neighboring William Russell House, it was purchased by the First Church in the 1950s, and it continues to be owned by the church today. Both properties are also part of the Palisado Avenue Historic District on the National Register of Historic Places.