The houses at 11 and 13 Commonwealth Avenue in Boston, sometime in the 1870s. Image courtesy of the Boston Public Library. 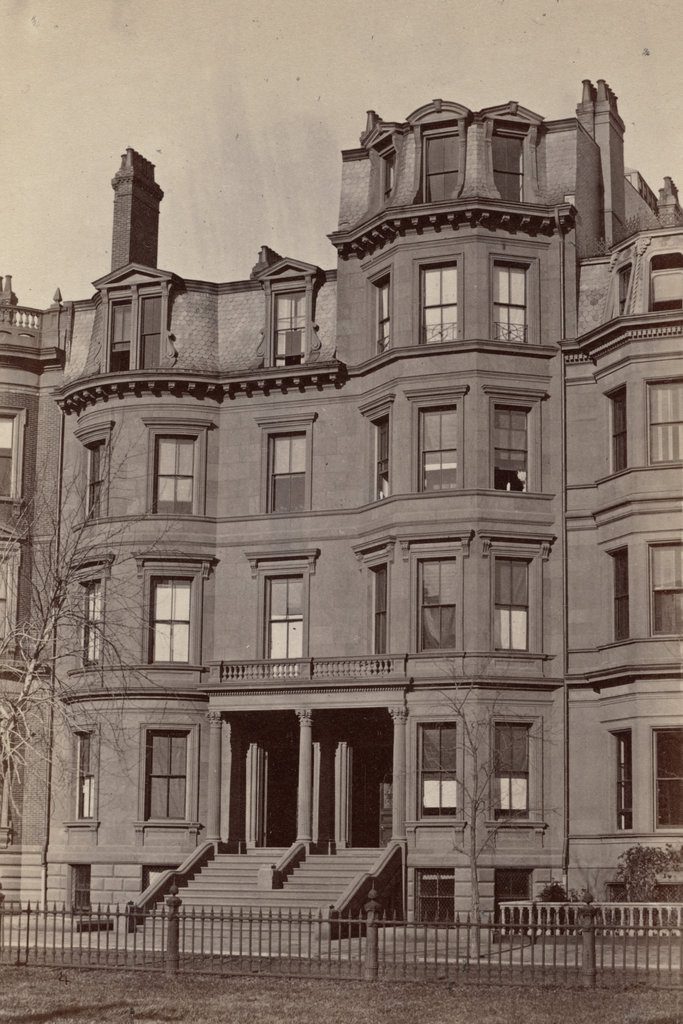 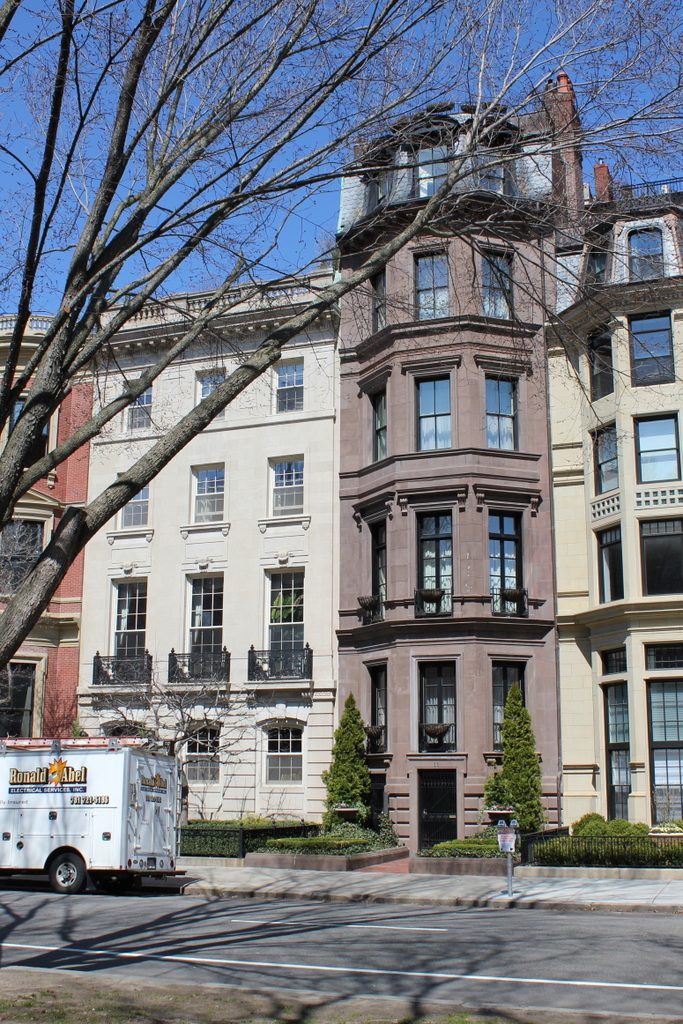 This lot in the Back Bay was purchased in 1860 by Frederick Hall Bradlee, a merchant whose father, Josiah Bradlee, had established the prosperous firm of Josiah Bradlee & Co. In 1846, the firm had been described as “one of the wealthiest commission houses in the city,” and Josiah had an estimated net worth of $500,000, equal to about $13.5 million today. Frederick was similarly wealthy, with a fortune of about $300,000 in 1846, and at the time he lived on Tremont Street with his wife Lucretia. However, in the 1860s they joined the many wealthy Bostonians who were relocating to the fashionable Back Bay neighborhood, which was just starting to be developed.

Frederick Bradlee did not actually start building on this lot until later in the decade, when he hired architect Nathaniel J. Bradlee (no direct relation) to design two homes here. The two houses match, with very similar Second Empire-style architecture, but they do not form a symmetrical pair. The one on the left, at 13 Commonwealth, is slightly wider, while the narrower 11 Commonwealth is one story taller. Both houses were completed around 1868, and Frederick kept the wider one for himself and Lucretia, while selling 11 Commonwealth to his daughter Elizabeth and her husband, Henry Ward Abbott.

Frederick lived here in this house for about 20 years, until his death in 1888, and 13 Commonwealth was sold soon after, to Martha Codman, the widow of artist John Amory Codman. Some of Frederick’s descendants would go on to achieve prominence, though, including his grandson, Frederick J. Bradlee Jr., who was an All-American football player at Harvard in the early 20th century. The younger Frederick’s son, Ben, was born in 1921, and went on to become the longtime editor of the Washington Post, where he played a major role in exposing the Watergate Scandal.

In the meantime, the house at 13 Commonwealth was sold in 1907 to Anna Nowell, the daughter of former governor Oliver Ames and a cousin of another Oliver Ames, who lived in the house on the far left at 15 Commonwealth. She and her husband George had the house demolished, and they hired the architectural firm of Parker, Thomas & Rice to design a replacement, with a Classical Revival style that matched the architectural tastes of the period. As part of this project, the front steps and porch of the neighboring 11 Commonwealth also had to be removed, and a new entrance was added to the ground floor.

Since the early 20th century, both houses have gone through a variety of owners. On the right, 11 Commonwealth has remained a single-family home, and aside from the removal of the old entrance very little has changed in the building’s appearance. The house at 13 Commonwealth was a single-family home until the 1940s, when it was converted into medical offices on the lower floor and apartments on the upper floors. Some of the offices were later converted into additional apartments, but in 2000 the entire building was restored, and it is now a single-family home again.

For more detailed historical information on these houses, see the Back Bay Houses website for 11 and 13 Commonwealth.