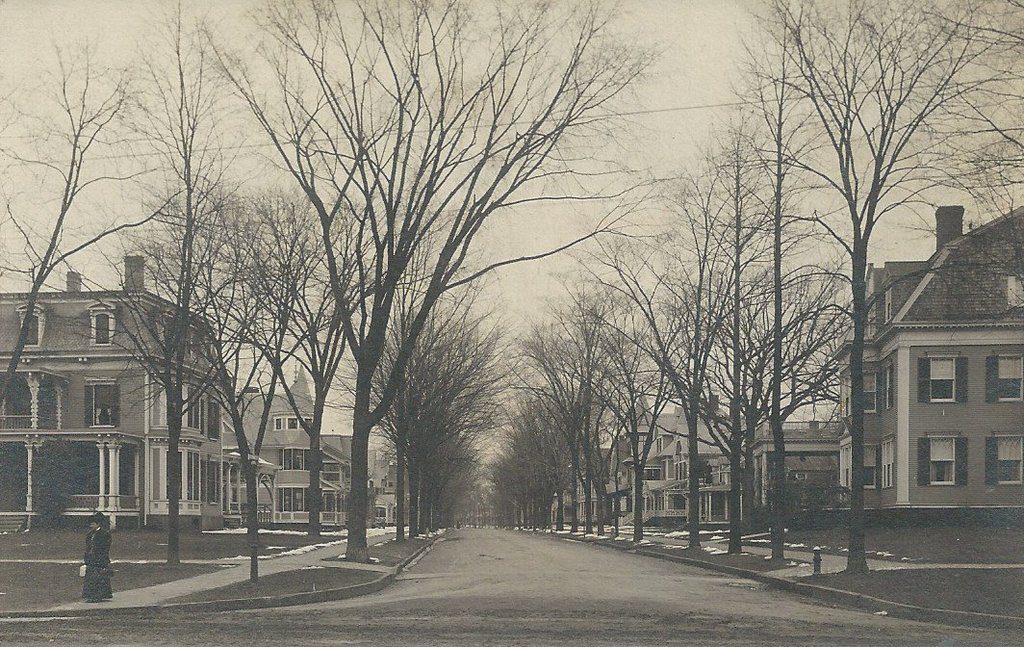 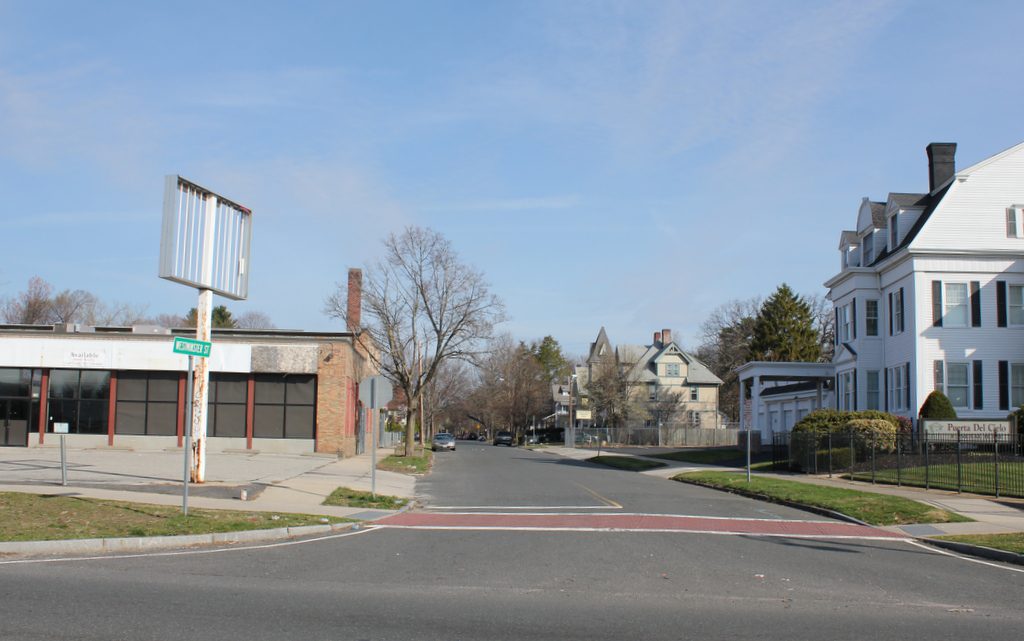 About 50 years before the first photo was taken, this section of State Street was only sparsely settled, with very little development to the east of the Armory. This site here, on the north side of State Street, was the approximate location of a farmhouse that was owned by Josiah W. Flagg, who owned 22 acres of land behind the house. Located about a mile and a half from Main Street, and separated from it by a steep hill, this part of the city was hardly desirable real estate, but this began to change in 1870, when the Springfield Street Railway began operation, with a horse-drawn trolley line extending as far as Oak Street.

That same year, dry goods merchant John McKnight entered the real estate business, and purchased the Flagg farm. Along with his brother William, he subdivided the property and laid out four streets between State and Bay Streets, including Westminster Street, as seen here. Thanks in part to the economic recession following the Panic of 1873, development was slow for the first decade or so, but it construction of new homes picked up in earnest by the early 1880s. Most of the houses on this block of Westminster Street were built between 1880 and 1891, with Queen Anne style architecture that appealed to popular tastes of the era.

In contrast to the modest, middle class homes on the side streets, the houses on State Street were much larger, and were built for some of the city’s most prominent residents. The house on the far left of this photo was built for William McKnight in the early 1870s, although he later moved to a different house on Worthington Street. On the opposite side of the photo, this house was built in 1871 for insurance agent Henry K. Simons. However, the house was later remodeled in 1894 for Noyes W. Fisk, an industrialist who worked as the clerk and treasurer of the season Manufacturing Company, and later established the Fisk Rubber Company. The house’s large gambrel roof was probably added during this renovation, and it disguises the fact that the house is actually several decades older than it appears.

About a century after the first photo was taken, much of the McKnight neighborhood remains remarkably well-preserved. However, this section of Westminster Street has lost a number of houses over the years, particularly on the left side of the street. The old William McKnight house on the far left was demolished around the early 1920s to build and an automobile service station that is still standing today. Just beyond it, two highly ornate Queen Anne-style homes have also been demolished, and were replaced with plain multi-family homes.

Further down the street, there are other vacant lots where houses once stood on both sides of the street, but many of the historic homes are still standing, including most notably the house on the far right. Now a funeral home, it is one of the last of the 19th century mansions on State Street, and despite the 1890s alterations it is also one of the oldest homes in the McKnight neighborhood. Today, this neighborhood consists of some 800 historic homes from the late 19th and early 20th century, and they now form the McKnight Historic District on the National Register of Historic Places.