The house at 1176 Worthington Street, at the corner of Dartmouth Terrace in Springfield, around 1938-1939. Image courtesy of the Springfield Preservation Trust. 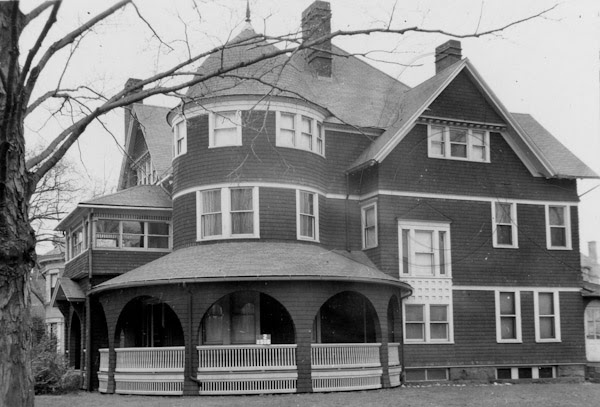 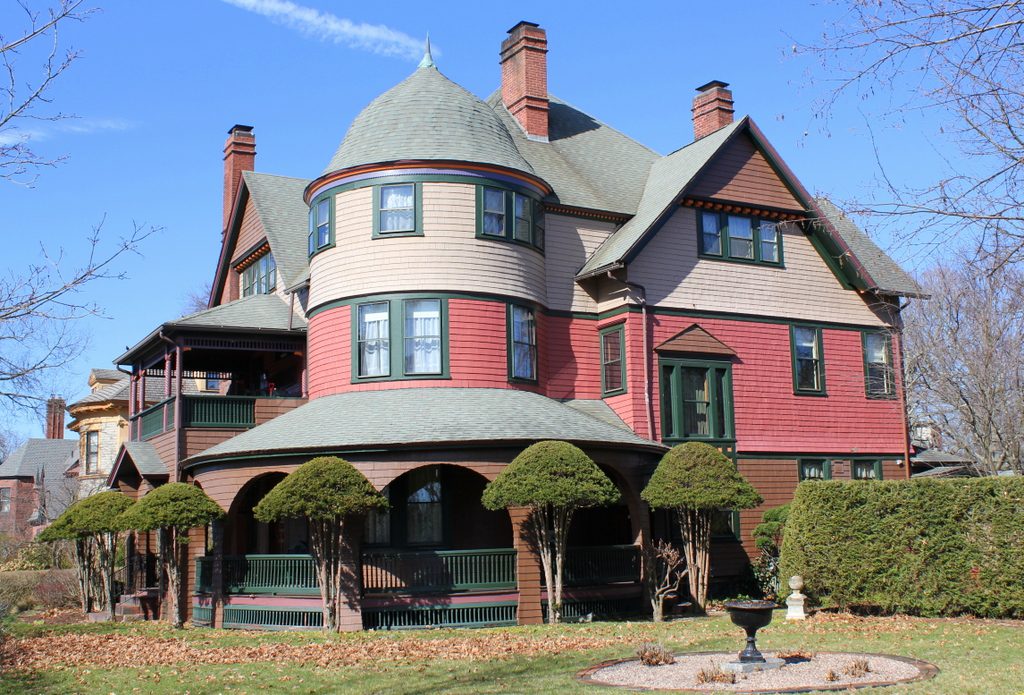 Like many other places across the northeast, Springfield developed into a major city with very little in the way of central planning. For the first two centuries, Springfield was mostly confined to the Main Street corridor, but by the mid-19th century the city had begun to expand outward. In the absence of a consistent street pattern, the layout of new neighborhoods was generally left to the men who developed them. None of these developers, though, had as much success in their efforts and long-term influence on the city as John and William McKnight, two brothers who moved from Truxton, New York to Springfield in the 1850s.

The McKnight brothers initially entered the dry goods trade, and in 1866 they started their own company of McKnight, Norton & Hawley. Soon afterwards, they also entered the real estate business, starting in 1870 when John purchased the 22-acre farm of Josiah Flagg. Located between State Street and Bay Street near the present-day Mason Square, the property was subdivided and four streets were built through here: Thompson, Westminster, Buckingham, and Sherman Streets. The McKnight brothers began building homes along these streets, but the Panic of 1873 led to a recession that lowered the demand for new houses.

As the economy recovered from the recession, housing demand increased, particularly here in Springfield, where the city was growing at a fast rate. The McKnights purchased the large estate of Colonel James M. Thompson on the north side of Bay Street, and by 1880 they had begun large-scale development of the neighborhood. Many of the houses were built by the McKnights and then sold, but they also sold a number of empty lots for buyers to built their own houses on. To maintain the appearance of the neighborhood, though, they placed restrictions on these lots, which included setbacks from the street as well as a minimum construction cost for the homes.

John and William each lived in several different homes in the area over the years, but by 1890 William and his wife Caroline had moved into this elegant home at the corner of Worthington Street and Dartmouth Terrace. It is hardly surprising that he chose this as the site for his home, because it occupies perhaps the finest lot in his development. On one side is Thompson Triangle, the largest park in the neighborhood, and on the other side is the landscaped Dartmouth Terrace, with the wooded McKnight Glen beyond it.

William McKnight is certainly best-known for the development of the neighborhood that now bears his name, but he was also involved in other residential developments in Springfield. He built Ridgewood Terrace between Union and Mulberry Streets, and he also established the Mutual Investment Company, which began developing the Forest Park neighborhood in the 1890s. However, he did not live to see Forest Park fully developed, because he died in 1903 at the age of 67, under somewhat unusual circumstances. He had just returned to this house from his summer home in Hyannisport, and had turned on the gas lamp in his bedroom before getting into bed. However, for reasons unknown, he was unable to light the gas, and asphyxiated in his sleep.

William’s wife Caroline died two years later, and the house was sold to Alfred and Ella Pillsbury, who lived here with their son Alfred and daughter Anna.  The elder Alfred had been a longtime lithographer for Milton Bradley, but by the time he moved into this house he had become a successful real estate broker. Along with this, he was involved in city politics, serving as a member of the city council and as president of the board of aldermen. He only lived here for a few years, though, before his death in 1911, and Ella remained here until her death in 1920.

Subsequent owners included Dr. Harold Tooker, a pediatrician who was living here by the 1930 census, and Mary E. Cosgriff, who was living here when the first photo was taken. Since then, very little has changed in the home’s exterior, and it looks just as stately today as it did when William McKnight moved in more than 125 years ago. The surrounding neighborhood that he and his brother spent years developing is still largely intact, and it remains one of the finest residential areas in the city. Because of this, in 1976 much of the neighborhood, including this house, became part of the McKnight Historic District on the National Register of Historic Places.