The Veranus Casino, at the southwest corner of Springfield Street and Casino Avenue in Chicopee, around 1892. Image from Picturesque Hampden (1892). 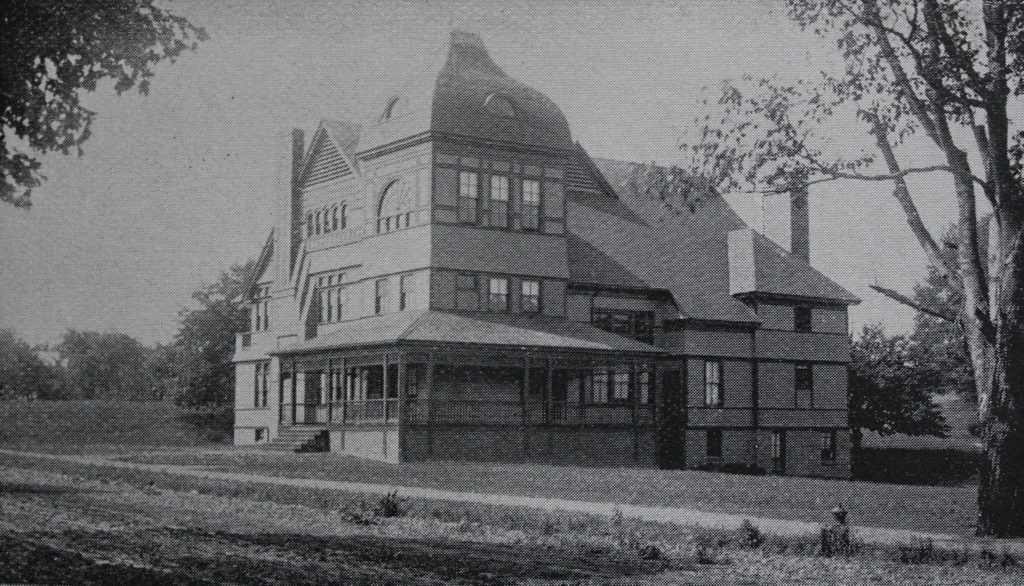 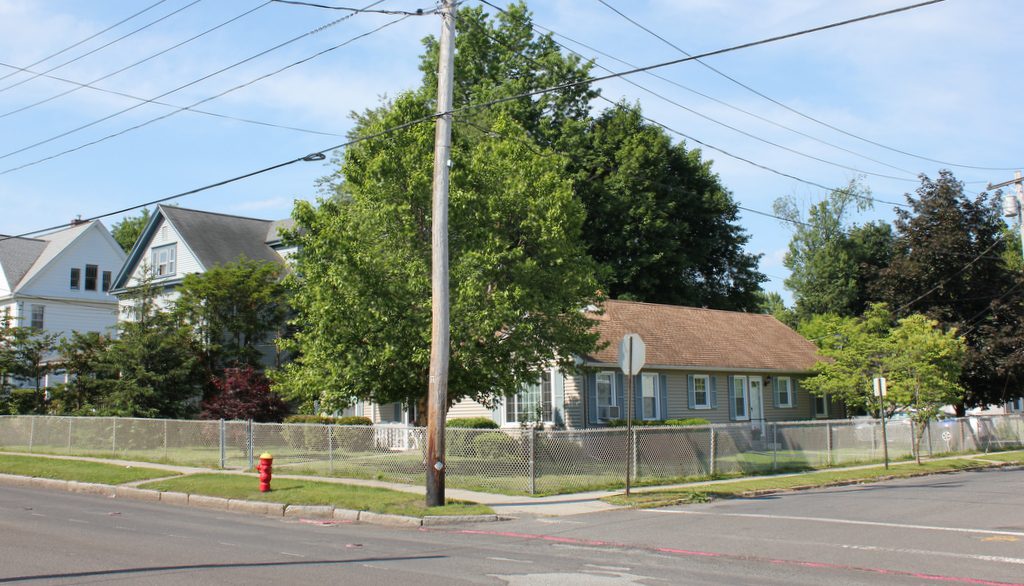 This section of Chicopee was developed in the late 19th century by Frank E. Tuttle and James L. Humphrey, who had purchased 50 acres of land between Springfield and Hampden Streets, just to the south of the center of Chicopee. The development was named Veranus, in honor of Veranus Chapin, who had once owned a farm here, and the centerpiece of this new neighborhood was the Veranus Casino, which was located here at the corner of Springfield Street and Casino Avenue.

The Queen Anne-style casino building was completed in the early 1890s, right around the time that the first photo was taken. It was operated by the Veranus Casino Company, with Frank E. Tuttle as vice president and his father-in-law, George M. Stearns, as president. Unlike the modern sense of the word, a late 19th century “casino” did not generally involve gambling, and the term was instead used for places that offered a variety of recreational activities. As described in the Boston Daily Globe after the company was established in 1890, the casino would be used for “social, literary, artistic, and educational purposes,” and upon completion the building would include a 400-seat auditorium.

The book Picturesque Hampden, published in 1892, includes a lengthy account of the Veranus neighborhood, and describes the casino as “a combination of theater and clubhouse, pleasantly located on Springfield street. It is tastefully and substantially built, in the modern style of architecture, from original designs by F. E. Tuttle, which were perfected by architect F. R. Richmond of Springfield.” The book then describes the interior of the building:

The clubrooms are located in the front portion of the building. They consist of handsome and roomy parlors, one each on the two first floors, both being connected with the kitchen in the basement by a dumb-waiter; a ladies’ dressing-room on the second floor; a gentlemen’s smoking-room and a billiard-room on the third. All of these rooms are attractively finished and adorned with rich and tasteful furniture, in which comfort is the evident consideration, instead of magnificence and costliness. The clubrooms are open to members every day in the year, from 10 a. m. to 10 p. m., and are in charge of a gentleman and lady who reside in the building. On Wednesday evening of each week, special receptions are held here by the club families and their children, and on Sunday evenings they all gather here to sing sacred songs, a piano and psalm books being provided. Harmless amusements are also to be found in the rooms at all times, and light refreshments are served therein to all members and their immediate friends who may desire.

Despite such fanfare, though, the Veranus Casino lasted for barely two decades. In 1913, the same year that Frank Tuttle died, the casino was sold to the Roman Catholic Diocese of Springfield, and the property appears to have subsequently become part of Elms College, which is located across the street from here. The fate of the building seems unclear, although according to the city assessor’s office the current house on the site was built in 1926. If accurate, this would suggest that the casino was probably demolished around this time.