A group of men pose in front of the Old Colony House in Newport, around 1880. Image courtesy of the Providence Public Library. 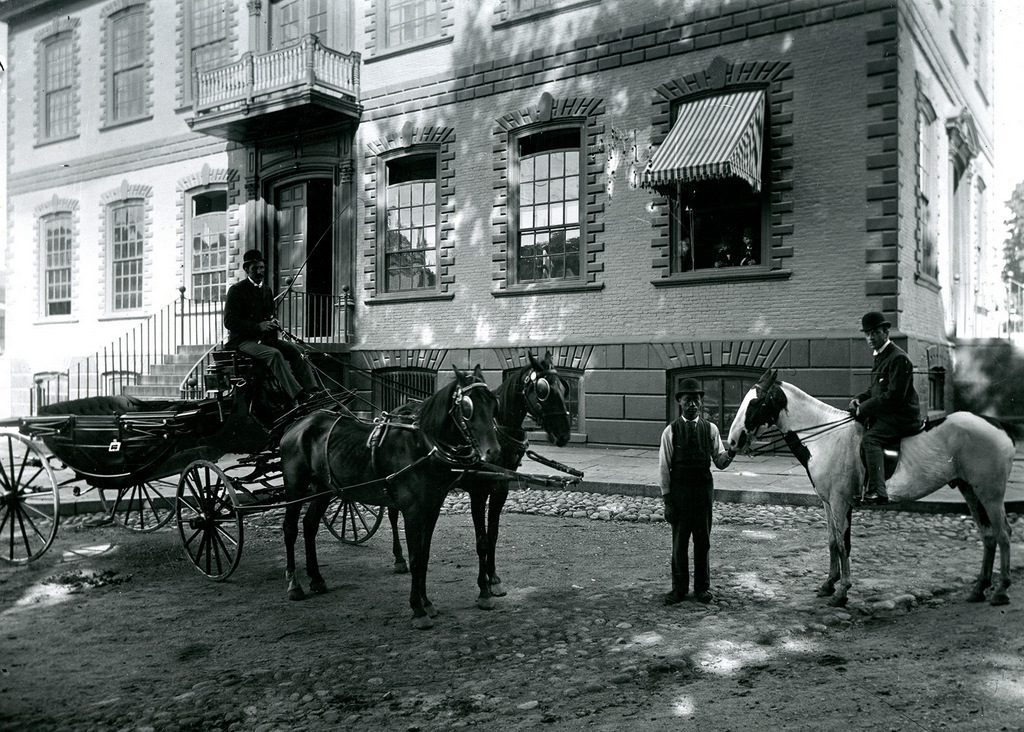 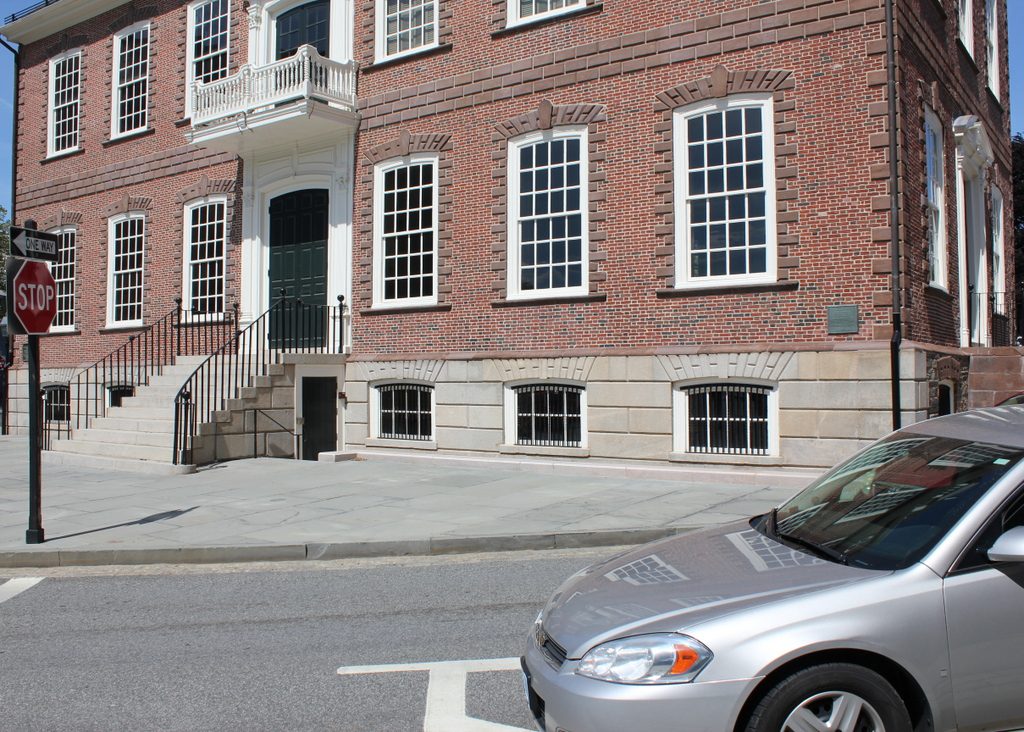 The Providence Public Library’s information on this photo does not provide any context for the first photo, aside from the title of “Governor’s Carriage Newport” and the approximate date of 1880. It does not seem clear, for example, why this carefully-posed photo would include the governor’s carriage yet not the governor himself, but it was taken in front of the Colony House, which at the time functioned as one of Rhode Island’s two state houses, with the other being located in Providence.

As mentioned in an earlier post, the Colony House was built in 1741, and was the work of Newport architect Richard Munday. The exterior was heavily influenced by the work of Christoper Wren, and the interior featured an open hall on the first floor and legislative chambers on the upper floor. For many years, Rhode Island did not have a fixed capital city, with the legislature instead holding sessions on a rotating basis in each of the state’s five county seats. When in Newport, the legislature met here in this building, and continued doing so even after 1854, when the rotation was reduced to just Providence and Newport.

This unusual arrangement continued throughout the 19th century, and the building was still in use by the state government when the first photo was taken around 1880. The practice of alternating legislative sessions finally ended in 1900, though, and Providence became the state’s sole capital city. For the next 26 years, though, the building was used as the courthouse for Newport County, until the current county courthouse was completed in 1926. Located directly to the right of the Colony House, the new courthouse was built with a Colonial Revival style that bears strong resemblance to its predecessor, and the two buildings still stand side-by-side at the eastern end of Washington Square.

Although no longer used as either a state house or as a county courthouse, the building is still owned by the state, and has been a part of several important events over the years. In 1957, President Eisenhower – who spent several summers here in Newport while serving as president – gave a short speech from the front steps here, and 40 years later both the exterior and interior of the building were used for scenes in the 1997 film Amsted, which was set in 1840s New Haven but filmed here in Newport because of the city’s well-preserved historic downtown.

Today, the Colony House is considered a landmark of Georgian-style architecture, and it is one of the best-preserved public buildings of its era in America. The building was already around 140 years old when the first photo was taken, and nearly 140 years have elapsed since then, but there is essentially no difference in its appearance between the two photos. In recognition of this, it was designated as a National Historic Landmark in 1960, and the building is currently operated as a museum by the Newport Historical Society.