The house at 20 Greenleaf Street in Springfield, around 1938-1939. Image courtesy of the Springfield Preservation Trust. 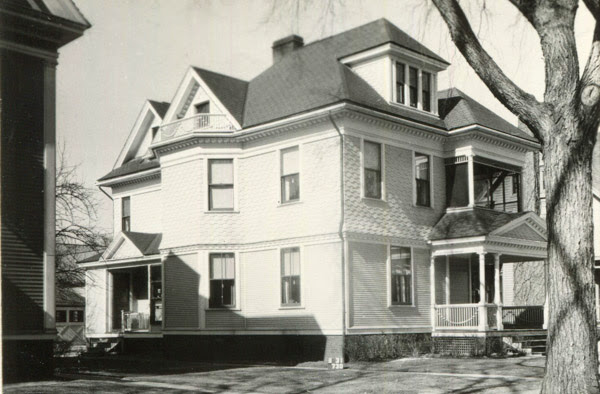 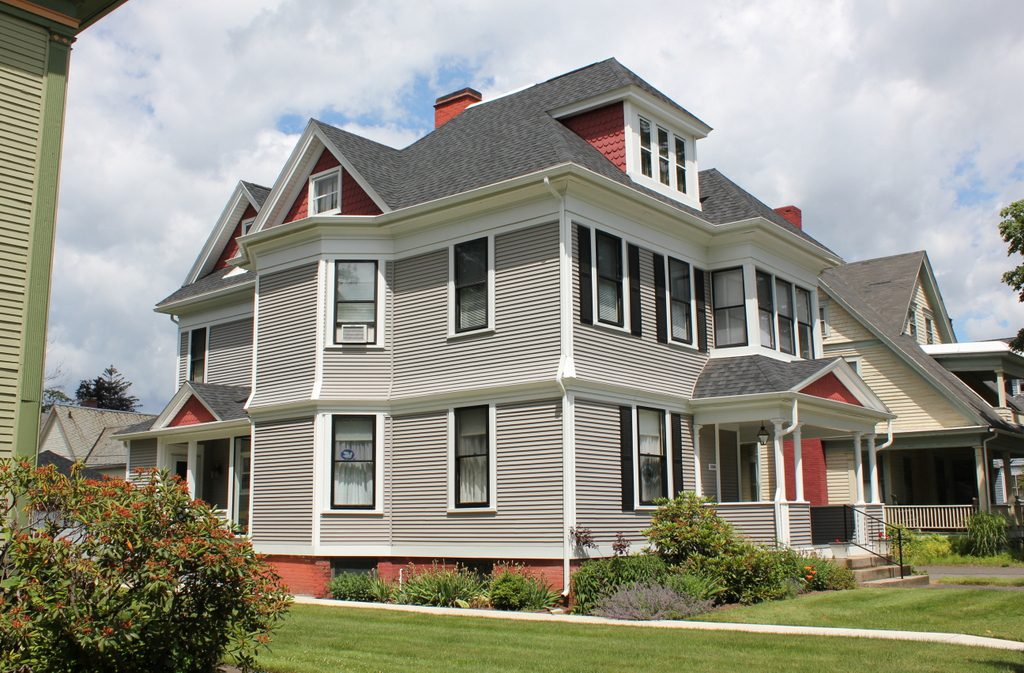 This house was built in 1893, and was originally the home of Francis R. Richmond, a prominent local architect. He was born in Shelburne Falls, but he later came to Springfield, where he began his architectural career with the firm of Gardner & Gardner. He later partnered with B. Hammett Seabury to form Richmond & Seabury, and their firm’s works in the 1880s included the Tapley School, the Jefferson Avenue School, and the chapel and gate for Oak Grove Cemetery. However, in 1890 they dissolved the partnership, and Richmond went into business for himself. Over the next 17 years, he designed buildings such as the South Main Street School, the North Main Street Fire Station, the Memorial Church Parish House, and several downtown commercial blocks, including the Homestead Building on Worthington Street.

Francis and his wife Laura had six children, although two died young, before the family moved into this house. The other four children were still living here during the 1900 census, with 20-year-old Mabel working as a schoolteacher, while 18-year-old Alice was a milliner. The two youngest, Florence and Otis, were 13 and 12, respectively, and both were attending school at the time. Francis died seven years later, from what his death certificate listed as “chronic melancholia & chronic gastritis,” but the rest of the family, plus Alice’s husband George Allen, were still living here in this house during the 1910 census.

The house would remain in the Richmond family until Laura’s death in 1919, and by the following year it was owned by Erving R. Gurney, the chief engineer for the Springfield-based Knox Motor Company. He and his wife Edith were both in their early 40s at the time, and had six children children who were in their teens and early 20s: Georgianna, William, Dorothy, Marguerite, Alice, and Edith. They lived here for several years, but by 1924 they had moved to New York.

The house was subsequently sold to William J. Warner, who was living here by about 1925 along with his wife Minnie and their children, Janet and Allen. At the time, he was the sales manager of the Hampden Glazed Card and Paper Company, but in the late 1920s he became the vice president of the Marvellum Company in Holyoke. Then, in 1931, this company established the Beveridge-Marvellum Company, with Warner as president and general manager. He continued to live here until as late as 1936, but by 1937 the family had moved to a house on Bellevue Avenue, in the northern section of the Forest Park Heights neighborhood.

By the time the first photo was taken in the late 1930s, the house was owned by Homer R. Feltham, the head of the real estate department for the Springfield Safe Deposit and Trust Company. During the 1940 census, he was earning $4,200 for his yearly salary – a considerable sum at the time – and he lived here with his wife Mildred, their daughters Barbara and Virginia, and his father, William H. Feltham, who owned the William H. Feltham & Son real estate and insurance business. Homer later became the vice president and mortgage officer of the Springfield Institution for Savings, and he and Mildred lived in this house until they sold the property in 1957.

Since then, the house has undergone some exterior changes. The second-floor porch has been enclosed, and many of the Queen Anne-style architectural details are gone, including the scalloped shingles on the second floor, the balustrade on the left side, the dentils above the first and second floors, and the balustrade on the third floor. Overall, though, the house has been well-maintained, and it is now part of the Forest Park Heights Historic District, which was added to the National Register of Historic Places in 1982.