The house at the corner of Washington Road and Sumner Avenue in Springfield, around 1938-1939. Image courtesy of the Springfield Preservation Trust. 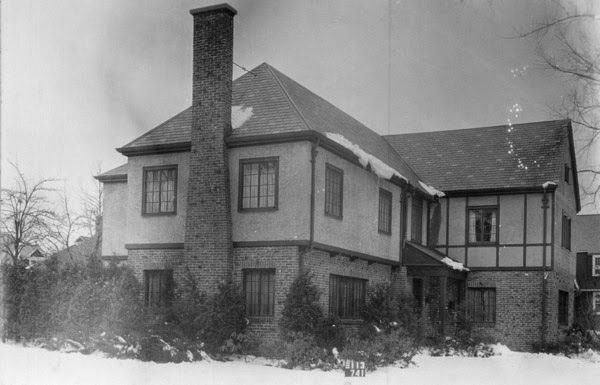 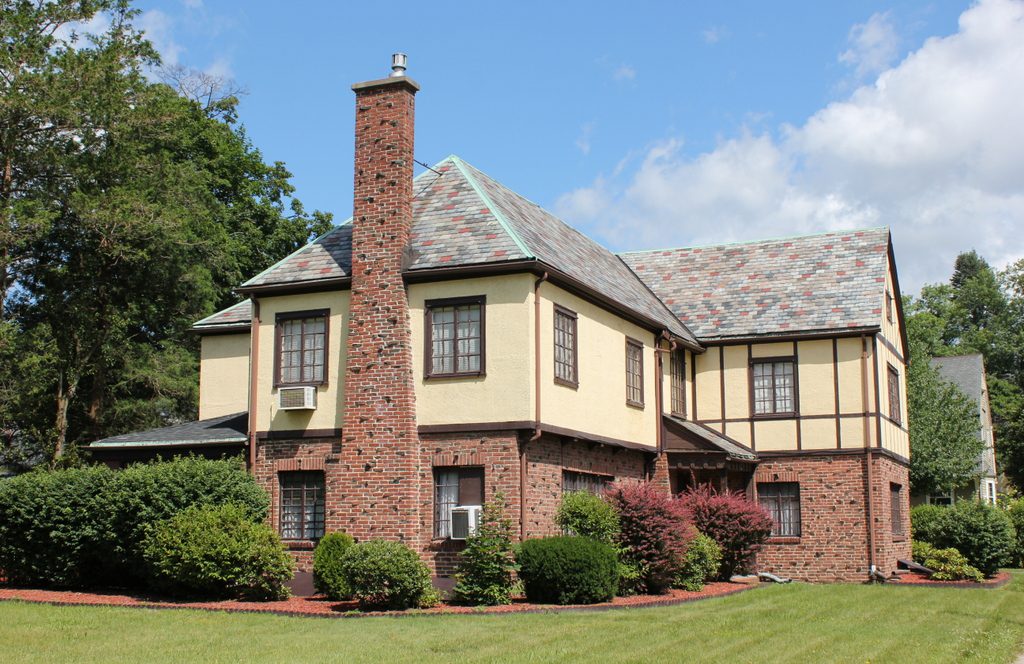 This house is one of the newest in the Forest Park Heights neighborhood, dating back to 1931, only a few years before the first photo was taken. It was built in a Tudor Revival style that was popular for upscale homes of the era, and was originally the home of real estate dealer Nathan Nirenstein. A native of Russia, Nirenstein immigrated to the United States as a boy and subsequently entered the real estate business. In 1925 he established the Nirenstein National Realty Map Company, which published high-quality real estate maps of locations throughout the United States, and he was also involved in several other companies, including the Kellogg Buildings Realty Trust Company, the Harrison Realty Corporation, and the Bowles Lunch Company.

Nirenstein built this house around the same time as his marriage to his wife Tessie, and the couple had two children, David and Judy, who were born a few years later. They would continue to live here for many years, until around the early 1970s. Since then, the house has been well-preserved, with no noticeable differences between the two photos. It still stands as one of the many fine early 20th century homes in the area, and it is now part of the Forest Park Heights Historic District, which was added to the National Register of Historic Places.