The house at 128 Maplewood Terrace, at the corner of Forest Park Avenue in Springfield, around 1938-1939. Image courtesy of the Springfield Preservation Trust. 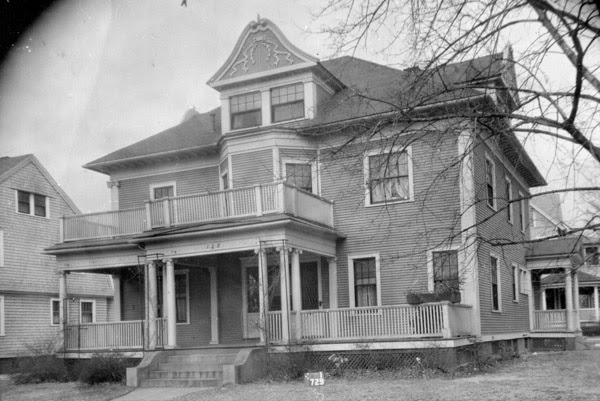 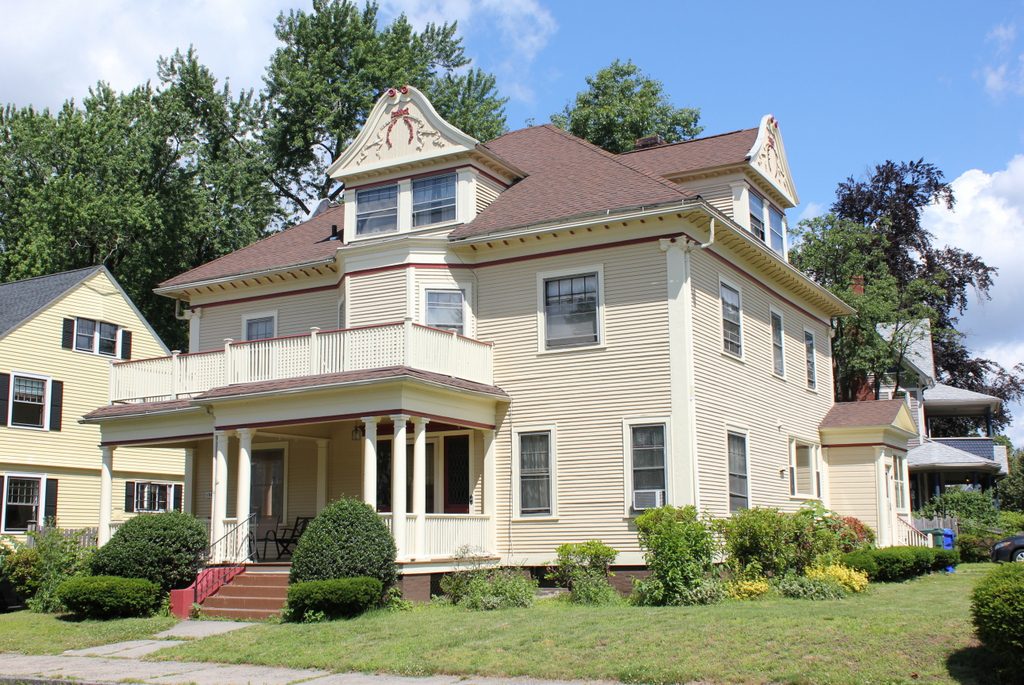 This house was built in 1902 as the home of Thomas O. Bemis, a coal dealer whose father, Stephen C. Bemis, had been the founder of the Bemis & Call Tool Company. The company was probably best known for purchasing the patent for the first monkey wrench, which Bemis & Call produced for many years, along with other tools. However, Stephen C. Bemis’s business interests also included selling coal, and upon his retirement in 1868 his sons, Arthur and Thomas, continued the coal business with the firm of Bemis & Collins.

Thomas was still selling coal by the turn of the 20th century, and in 1902 he and his wife Sarah moved into this newly-built house in the fashionable Forest Park neighborhood. They were both in their early 60s at the time, and they moved here with their two daughters: Mabel, who was unmarried; and Emma, who lived here with her husband Charles A. Blodgett and their young daughter Miriam. However, Thomas did not get to enjoy his new home for very long; he died suddenly from a cerebral hemorrhage in 1903, at the age of 62.

Sarah and the rest of her family continued to live here following Thomas’s death, and after her own death in 1916 her daughters inherited the property. Charles, Emma, Miriam, and Mabel were all living here during the 1920 census, with Charles working as a treasurer of a shoe company and Mabel working as a clerk in the city assessor’s office. Mabel died a few years later in 1925, but Charles and Emma remained here until the mid-1930s. The 1934 city directory listed him at this house, and at the time he was working as the president and treasurer of the McIntosh Company, and the treasurer of the M.T. Shaw Shoe Company of New England. However, Emma died in 1935, and by the end of the decade Charles was living in Longmeadow with Miriam and her husband.

When the first photo was taken around 1938 or 1939, this house had become the Randolph Club, and the 1940 census shows eight men, all single and in their 20s or early 30s, living here. Their occupations included two managers, two salesmen, a heating engineer, a machinist, and a factory superintendent, and earned wages that ranged from $1,350 to $2,600 per year. Curiously, one of the men, Carl Hogland, apparently did not cooperate with the census taker, who wrote “will not answer any questions” on Hogland’s line of the census form. Along with these eight men, the house also included a housekeeper, who was paid $600 per year, and a houseboy, who was 24 years old but had neither an occupation nor any annual income listed on the census.

The house later reverted to a single-family home, and today it remains well-preserved. There have been a few minor changes, such as removing the right side of the front porch and enclosing the small porch on the right side, but overall it has retained most of its original architectural details, including the balustrade over the front porch and the ornate scroll pediments above the dormer windows. Along with the rest of the neighborhood, the house is now part of the Forest Park Heights Historic District, which was added to the National Register of Historic Places in 1982.