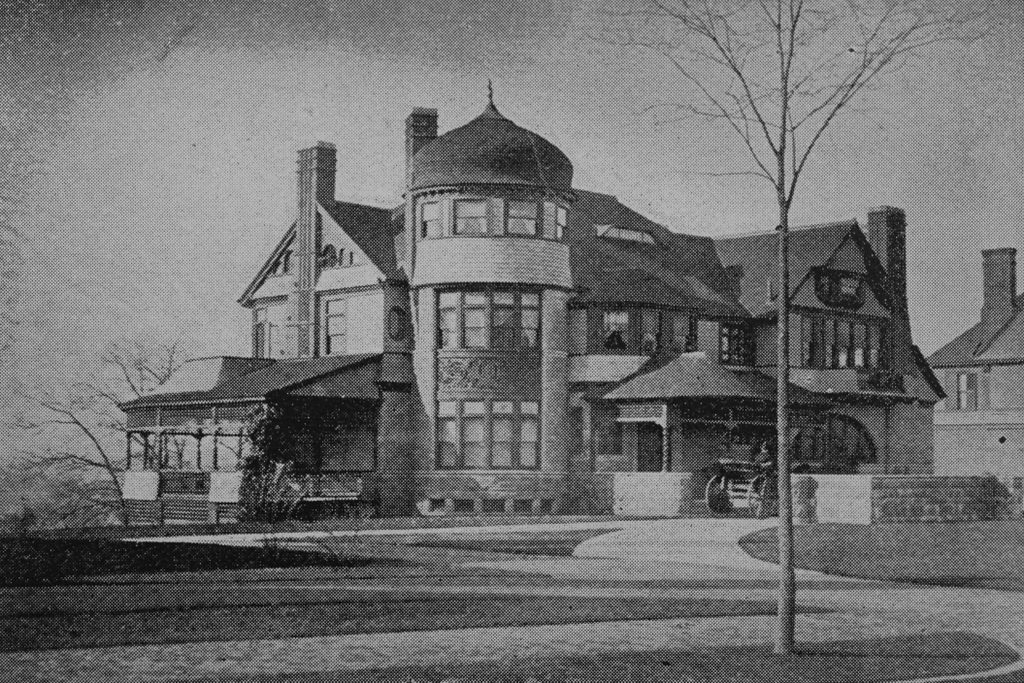 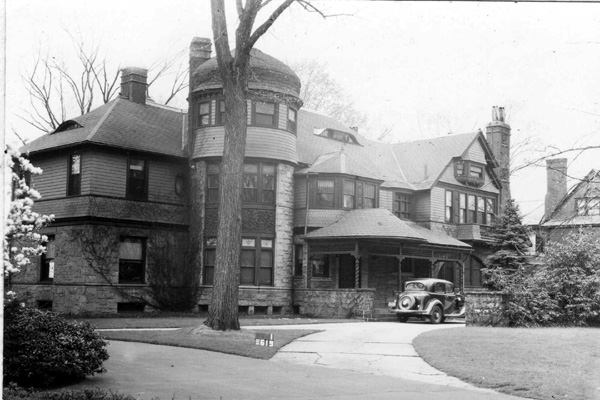 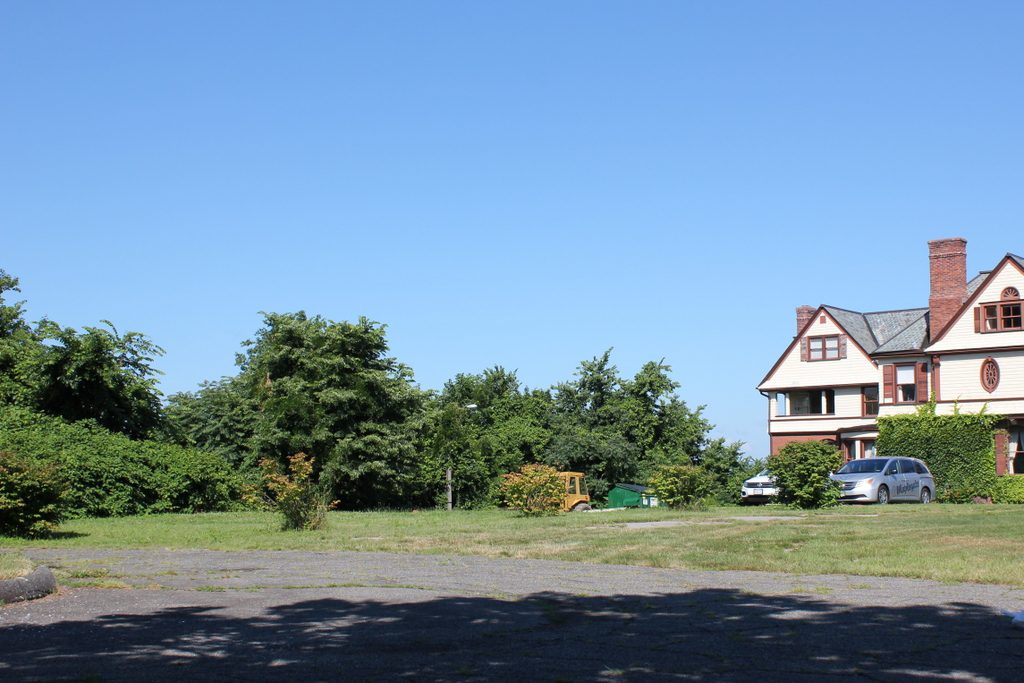 The late 19th century was a time of great prosperity for Springfield, and the city experienced rapid growth in population, industries, and commerce. Many elegant homes were constructed during this time, giving Springfield its nickname as “The City of Homes,” but some of the finest were built here on Maple Street, where wealthy residents enjoyed panoramic views from a bluff above the city.

This site here on Maple Street, near the top of the hill, was originally developed in the early 1870s by Jotham G. Chase, a lumber dealer whose business was particularly lucrative in the initial post-Civil War construction boom in the city. With his wealth he purchased this property and began construction of a brick, High Victorian Gothic-style house that was designed by the prominent New York architectural firm of Vaux & Withers. One of the partners Calvert Vaux, had previously worked with Frederick Law Olmsted to design Central Park, and Chase would also hire Olmsted to design the grounds for his house.

The 1873-74 city directory estimated the cost of the house at $50,000, but unfortunately for Chase he never actually moved into the house. The exterior was finished, but he was unable to finish the interior because of financially difficulties, probably caused by the Panic of 1873. This economic downturn resulted in a steep drop in new house construction, which would have, in turn, hurt Chase’s lumber business. The shell of the house stood here for the next decade, and was still in its half-finished condition when Chase died in 1884.

The property was subsequently purchased by Andrew L. Fennessy, a banker who was also the treasurer of the Springfield Bicycle Club. By this point, the High Victorian Gothic style of the 1870s has fallen out of fashion, which may have been one of the reasons why Fennessy wanted to build a new house on the site. He moved the unfinished house to nearby Maple Court, where it became a multi-family home, and he built a new Shingle-style house, which was completed in 1888.

As it turned out, Fennessy only lived in this house for a few years, because he moved to Boston around 1891. By the time the first photo was taken a year later, the house was owned by Nathan D. Bill, a wealthy businessman who was involved in a number of paper manufacturing companies. He was a Springfield native, the son of Gurdon and Emily Bill, and as a teenager he worked a series of different jobs before becoming an apprentice at a wholesale paper and stationery business, at the age of 18. Two years later, he went into business for himself, as owner of the Union Envelope and Paper Company. This company subsequently became part of the National Papeterie Company, with Bill as one of its partners.

Nathan Bill made a considerable fortune in the paper industry in just a short time, and retired from active business in the late 1880s, when he was just 33 years old. He was one of the wealthiest men in Springfield at this point, enabling him to purchase Fennessy’s mansion here on Maple Street, and he lived here with his wife Ruth and their only child, Beatrice, who was about five years old when they moved into the house.

Although retired from active business, Nathan Bill remained involved in various paper manufacturing companies, but he also took on an active role in the community as a civic leader and philanthropist. He was a library trustee for 60 years, including many years as the library president, and a park commissioner for 28 years, during which time he was a strong advocate for creating new parks and playgrounds.

During this time, the city also benefitted from his philanthropy, including five parks that he donated, all of which still bear the names of members of his family: Emerson Wight Playground, Gurdon Bill Park, Emily Bill Playground, Ruth Elizabeth Playground, and Nathan Bill Playground. He also donated some of the land for the city-owned Franconia Golf Course, which helped prevent part of Forest Park from being converted into a golf course.

The 1900 census shows Nathan and Ruth living here with 14-year-old Beatrice and four servants, whose occupations were listed as “servant,” “seamstress,” “domestic,” and “coachman.” Of these, the coachman, George LaBroad, would go on to have a remarkably long career with the Bill family. He was listed here in city directories as early as 1894, and he would continue to work for the family, first as a coachman and then as a chauffeur, until his death in 1941, several years after the second photo was taken.

The second photo shows few changes in the nearly 50 years since the first photo was taken. Both Nathan and Ruth Bill were still living in the house, and the only significant change was an addition on the left side, where the one-story porch stood in the first photo. However, another interesting difference is the contrast between the horse-drawn carriage in the driveway of the first photo, and the automobile parked in the same spot in the second photo, reflecting the dramatic changes in transportation in the intervening years.

Nathan Bill died in 1947, at the age of 91, and Ruth died three years later. The house was subsequently converted into a nursing home, but by the 1960s it was vacant. The owner had plans to convert both the house and its carriage house into professional offices, but the carriage house was destroyed by a suspicious fire in 1967. A year later, the house itself was destroyed in another fire, and the site was never rebuilt. Today, the property is vacant except for the concrete driveway, which marks the site of the old house. However, the neighboring Frederick Harris House, visible on the right side of all three photos, is  still standing as one of the many historic mansions on this section of Maple Street.

For a view of this house from a different angle, see this earlier post.