The tenement block at 114-124 Main Street in the Indian Orchard neighborhood of Springfield, around 1938-1939. Image courtesy of the Springfield Preservation Trust. 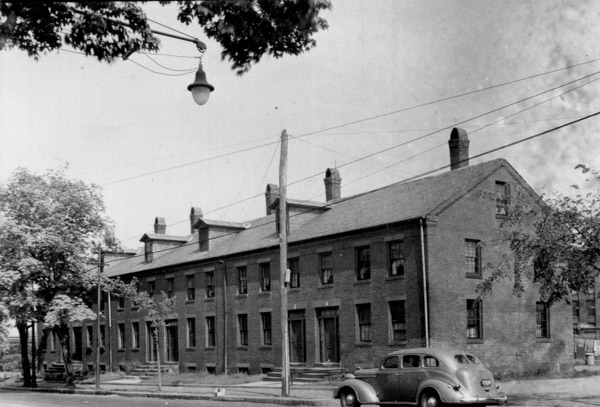 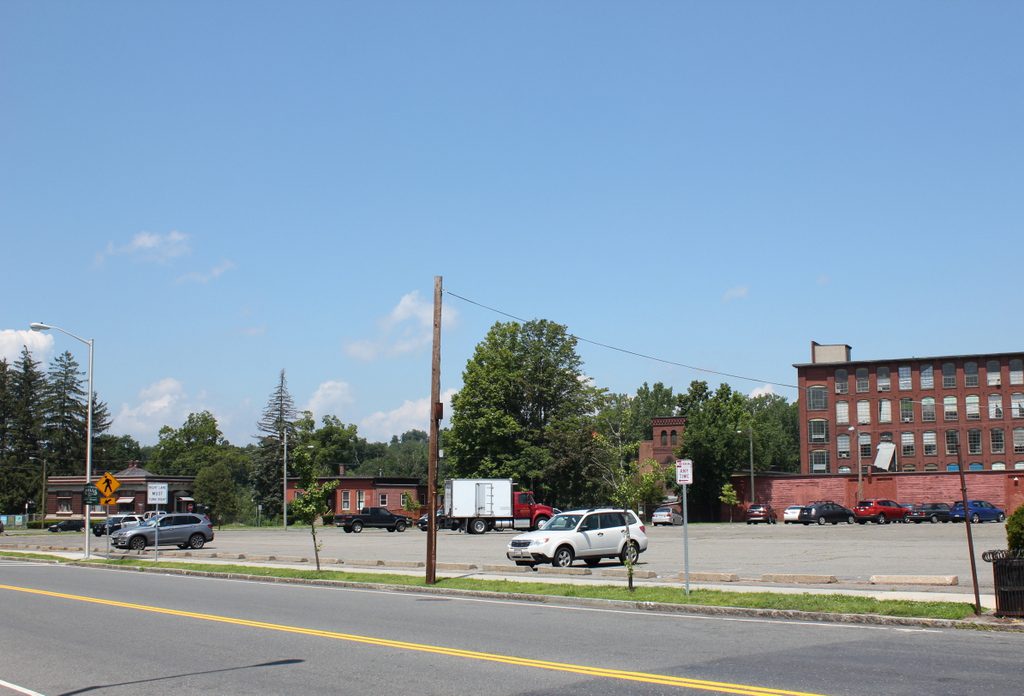 Indian Orchard is located along the Chicopee River, in the northeast corner of Springfield, and in the mid-19th century it was developed into a factory village. The first mill was built in 1854 by the Ward Manufacturing Company, a cotton company that also owned the dam on the river, the power canal, and much of the land in the village. The company also built a number of tenement blocks in the vicinity of the mill, and this building on Main Street was likely one of them. However, Ward Manufacturing went bankrupt only a few years later, and in 1859 the mill and tenements were acquired by the Indian Orchard Mills Company.

Many of the early mill workers were French-Canadian immigrants, and it was common for almost every family member to be employed in the mills, including young children. Long before child labor laws were enacted, one 1867 observer wrote: “I have admitted that there are great abuses in the employment of children,” and he went on to describe “a resident population composed mainly of English, Irish and French Canadians, requiring separate tenements and the whole family, save one or two, working in the mills. The adults are ignorant and illiterate, and force their children to work and when operatives are scarce, as they have been, the mill owner is obliged to allow the employment of the children or lose the whole family, thus causing his machinery to stay idle.”

The 1900 census shows 10 families living in this building, nearly all of whom were French-Canadian. Most worked for the mills in some capacity, including as a weaver, spooler, teamster, boiler tender, and watchman. The largest family was that of John and Rose Levesque, who lived here with nine of their 11 children. The children’s ages ranged from one to 26, with the four oldest employed in factories, although it is also possible that the younger children may have – at least unofficially – been working as well, since child labor was still a common practice here in Indian Orchard and throughout the country. However, perhaps the most tragic story seen through the census records is that of Owen and Mary Hammond, two Irish immigrants who were in their 50s at the time. They lived alone, but according to the census, Mary had six children, only one of whom was still alive by the time of the census.

The building was still standing when the first photo was taken in the late 1930s, but, like all of the other Indian Orchard Mills tenements in the area, it has since beeen demolished. Some of the mill buildings are still standing, though, and the interior space is now rented to a variety of tenants, who use it for offices, manufacturing, and art studios. These buildings can be seen in the distance of the present-day photo, although closer in the foreground, the former site of the tenement house is now a parking lot that extends the entire length of the block from Main to Front Streets.