The mansion at the corner of Green and High Streets in Brattleboro, around 1894. Image from Picturesque Brattleboro (1894). 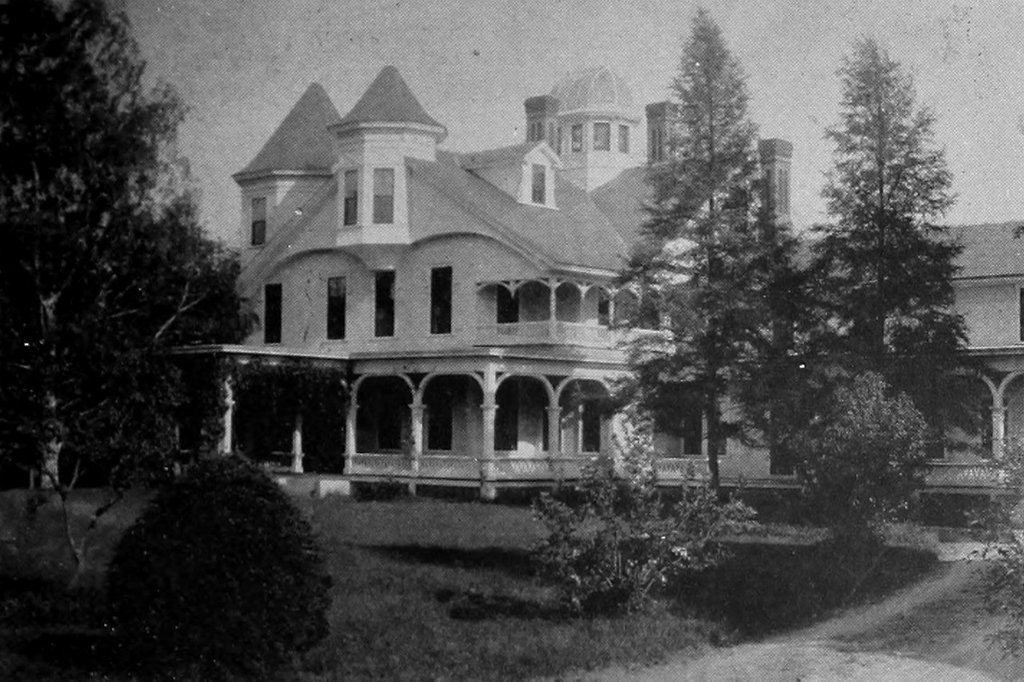 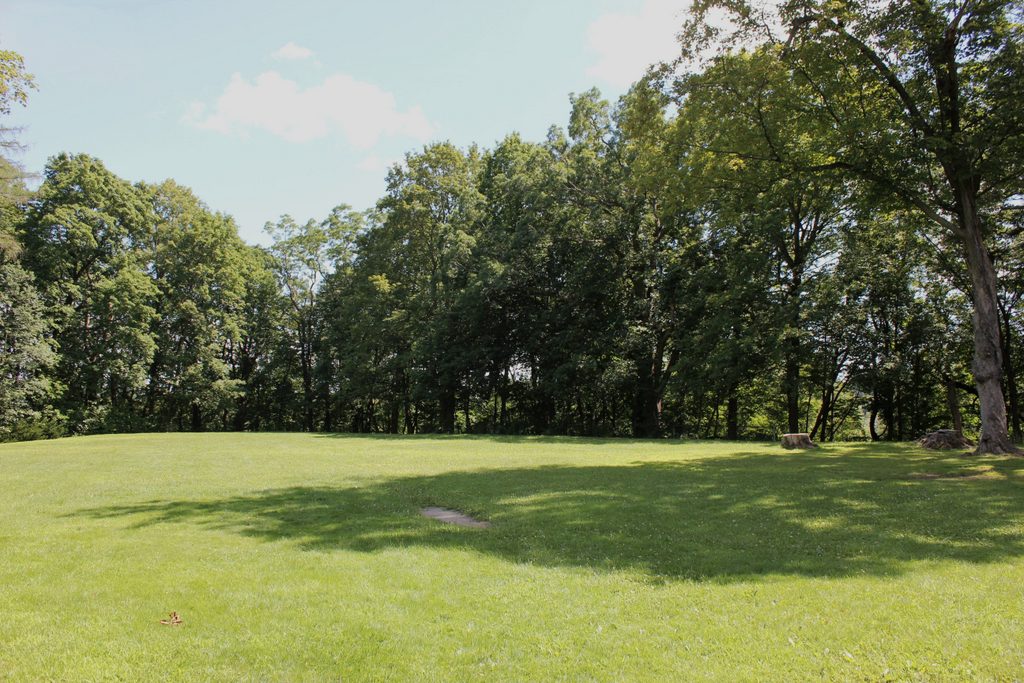 In the years leading up to the Civil War, Brattleboro was a popular summer destination for wealthy southerners, many of whom came to the town for the reputed health benefits of the nearby Wesselhoeft Water Cure. Some ended up building summer homes here, including Simon Bolivar Buckner, an army officer from Kentucky. He purchased this property around 1859 and built a large Italianate-style house, which he subsequently gave to his friend James B. Eustis, a lawyer from New Orleans. Some sources identify Buckner as Eustis’s father-in-law, but this seems unlikely since, at the time, Buckner was about 36 years old and had only been married for nine years.

Neither Buckner nor Eustis would spend much time here at this house, since the Civil War broke out only a few years later. Both men supported the Confederate cause, with Buckner becoming a lieutenant general and Eustis serving as a judge advocate in the Confederate Army. Despite losing the war, though, they would both go on to have successful political careers in the postwar era. Buckner served as governor of Kentucky from 1887 to 1891, and was the father of Simon Bolivar Buckner, Jr., a U.S. Army general who was killed in action in World War II during the Battle of Okinawa. Eustis became a U.S. Senator from Louisiana, serving from 1876 to 1879 and 1885 to 1891, and he was also the U.S. Ambassador to France from 1893 to 1897, during the second Cleveland administration.

However, after the war, Brattleboro did not regain its popularity as a resort for southerners. In 1871, the house was sold to Elie Charlier, a native of France who lived in New York City. He ran the Charlier Institute, a school in New York that was described in advertisements as “A Protestant French Boarding and Day School. Boys and young men from 7 to 20 prepared for College and Business. School designed to be as perfect as money, science, and experience can make it.” Some of Charlier’s students went on to have successful careers in politics, business, and the arts, including prominent photographer Alfred Stieglitz. Aside from his students, though, Charlier was also the great grandfather of folk singer Pete Seeger. As a boy in the 1920s, Seeger even visited this house in Brattleboro, although it was long after his family had sold the property.

Charlier ultimately sold this house in the late 1880s, to Brattleboro businessman George E. Crowell. Born in Massachusetts in 1834, Crowell grew up in New Hampshire, and served in one of the state’s regiments during the Civil War. However, after the war he came to Brattleboro, where he found a job with the Vermont Record and Farmer newspaper. He was only with the paper for a short time, though, before he went into business for himself. In 1868, he began publishing The Household, which was among the first magazines to focus on domestic living. It quickly gained a widespread readership, with 50,000 subscribers after only three years, and by the mid-1870s it could be found in every state and in a few foreign countries.

Aside from the publishing business, Crowell also invested in real estate, owning significant tracts of land in the western part of town. He also owned industrial properties along Flat Street, and had an ownership stake in several of these companies, including the Carpenter Organ Company and the Brattleboro Jelly Company. Crowell was also responsible for building the Chestnut Hill Reservoir, which served as the town’s public water supply starting in the late 19th century.

Upon purchasing this house, Crowell began a major renovation project that significantly increased its size and altered its exterior and interior appearance. The remodeling took nearly two years, and was finished in 1890, a few years before the first photo was taken. By this point, there was little trace of the original Italianate-style design, and the house instead featured new Queen Anne-style details, such as the turrets and cupola on the roof. The renovated house, which was renamed Lindenhurst, had a total of 37 rooms, and was valued at around $150,000 in 1890, equivalent to over $4 million today.

George Crowell and his wife Mary had five children, although three of them died as children or young adults. George died in 1916, but the rest of the family continued to live here for another decade or so. It was ultimately converted into a boarding house, but was owned by Mary Crowell until 1934, when her mortgage lender, the Vermont National Bank, foreclosed on the property. The Great Depression likely contributed to Mary’s financial downturn, but it also hurt the bank’s ability to resell the property. With no demand for such a large house at the time, the bank ultimately demolished it in 1936, in order to avoid having to pay property taxes on the massive mansion.

The town ultimately purchased the property, and the Green Street School was built on the eastern section. The rest of the lot, including the site of the house, became a public park, named Crowell Park. As the first photo shows, the site of the house is now an open field, with no visible remnants of the Gilded Age mansion that once stood here. However, there are apparently still some old maple trees in the park, which date back to the time when the house was here. Pete Seeger recalled the trees during his childhood visit in the 1920s, and he was reportedly able to recognize these same trees during a 2008 visit to Brattleboro. These trees are probably not visible in the present-day scene, although the tree on the far right looks like it might be old enough to date back to the early 1920s.