Looking north on Washington Street from the corner of Essex Street in the center of Salem, around 1906. Image courtesy of the Library of Congress, Detroit Publishing Company Collection. 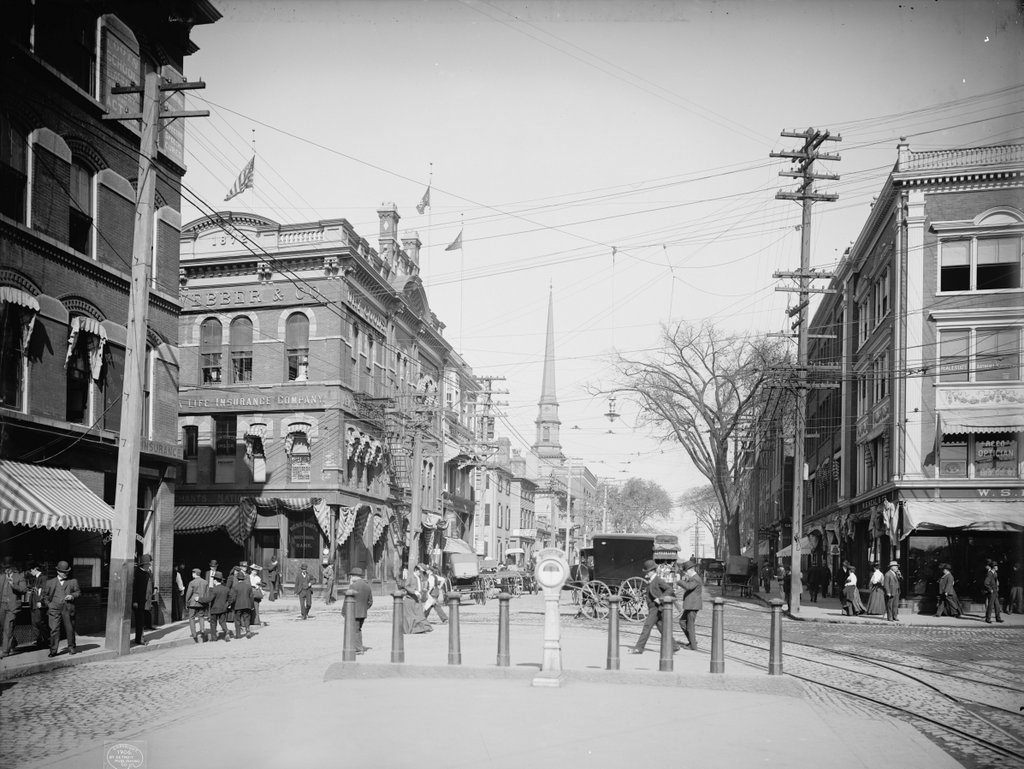 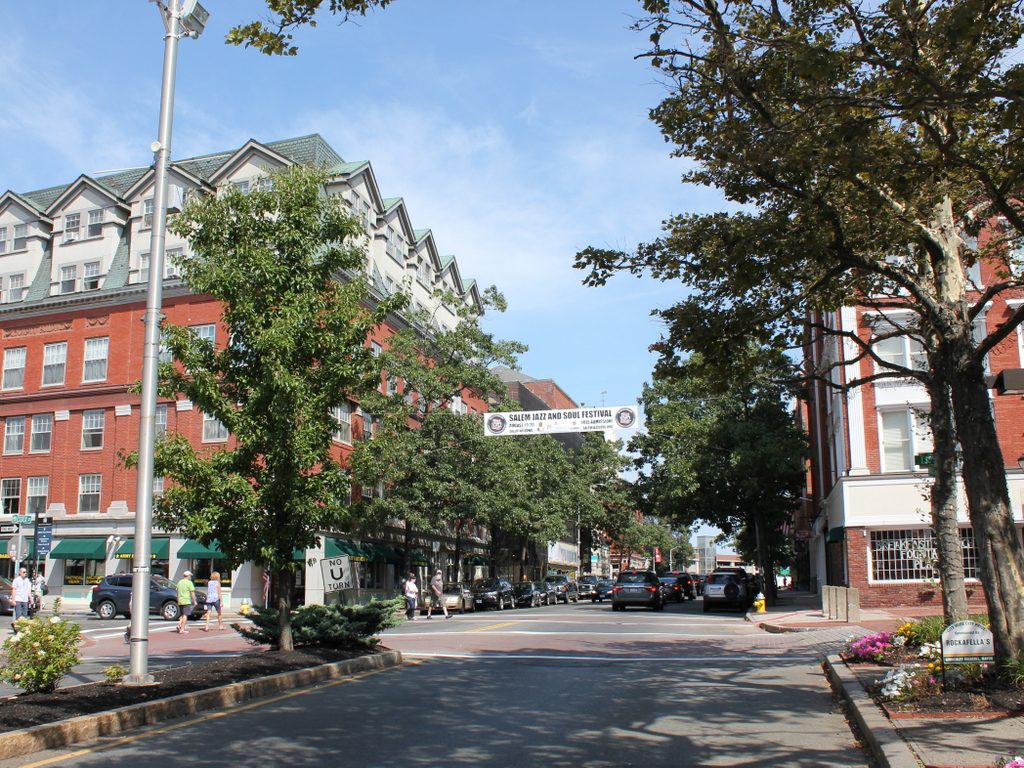 One of the great features of Salem is its remarkably well-preserved downtown area, with hundreds of historic buildings that date as far back as the 17th century. Here in the center of the city, both Washington Street and Essex Street are lined with historic commercial blocks, although this particular view of Washington Street does not have very many buildings that survive from the first photo. In fact, the only building that is easily identifiable in both photos is the Neal and Newhall Building on the far right. This was built in 1892 at the northeast corner of the intersection, and is still standing with few significant changes except for the ground floor storefront and the balustrade atop the roof.

The other buildings beyond the Neal and Newhall Building on the right side of the street are still standing from the first photo, although it is hard to tell from this angle. These include, starting in the foreground, the Newhall Annex (c.1902), City Hall (1837), and the Kinsman Block (c.1882). However, on the more visible left side of the street, not much remains from the first photo. In the distance, near the center of the photo, is the Tabernacle Congregational Church, which was built in 1854 and demolished in 1922 to build the current church building on the site. Next to the church, barely visible at the base of the steeple, is the Odell Block, which was built in 1890. This three-story brick commercial block is the only building on the left side of the first photo that has survived largely unaltered.

The only other building on the left side of the street that apparently still stands today is the one on the left side, with the American flag flying above it in the first photo. This was the home of the William G. Webber dry goods business, and the signs on the building advertise for other tenants such as the New York Life Insurance Company and the Merchants National Bank. It was known as the Endicott Building, and its National Register of Historic Places listing indicates that it was built in 1885 and remodeled in 1911. However, the first photo shows a date of 1872, which suggests that it was actually a little older. The 1911 renovations apparently altered most of the original exterior, though, and the building went through even more dramatic changes in recent years, adding several stories to the top of the original building, and today there are no visible remnants from its original turn-of-the-century appearance.