The house at 393 Essex Street in Salem, around 1910. Image courtesy of the Library of Congress, Detroit Publishing Company Collection. 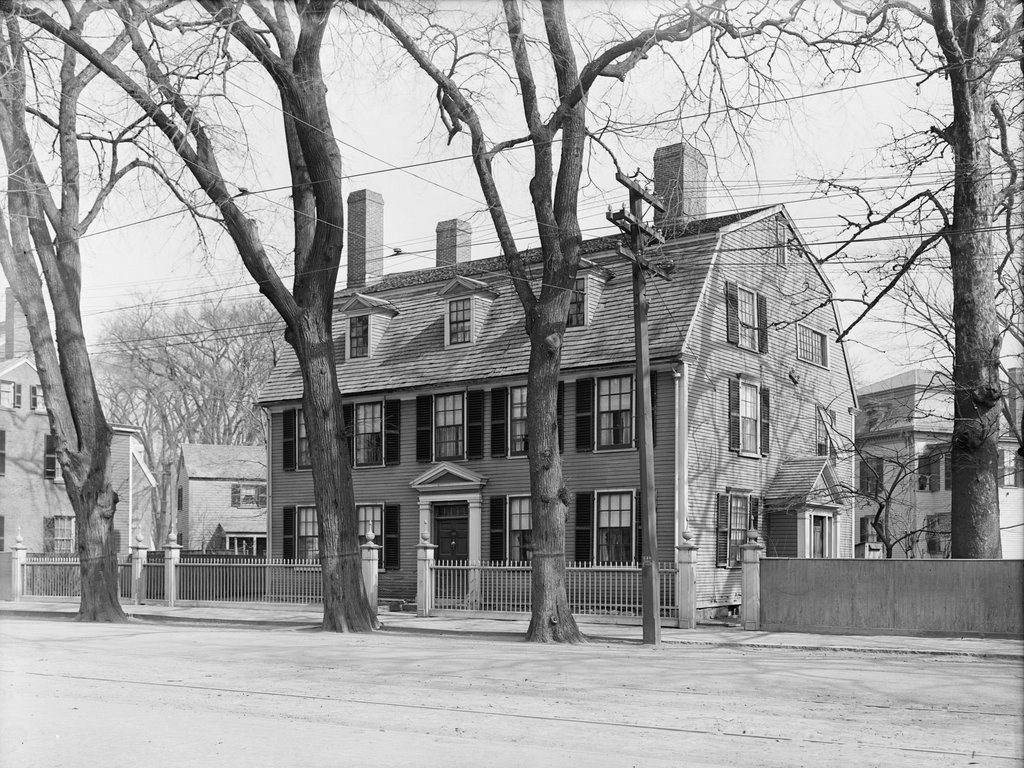 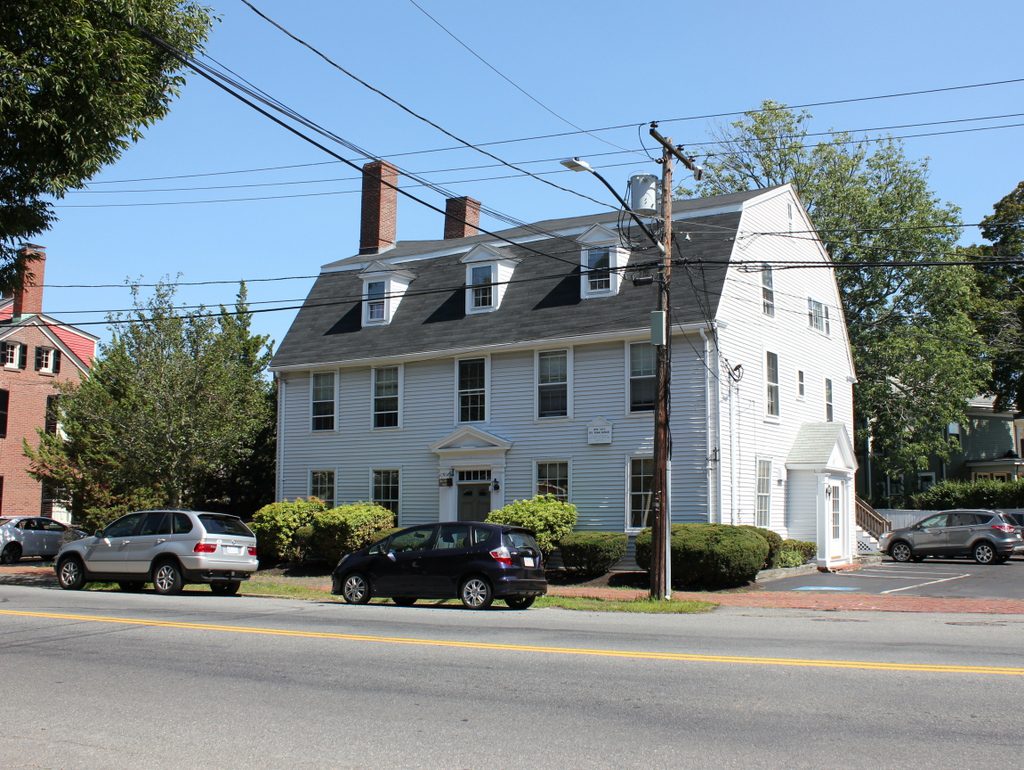 This house was built around 1740, and various sources have identified the original owner as either James Lindall or his brother Timothy. However, it seems more probable that it was the home of James, a wealthy merchant who also served as a justice of the Court of General Sessions, as well as a deacon in the First Church of Salem. He was born in 1675/6, and in 1702 he married Elizabeth Corwin, the daughter of Jonathan Corwin. A decade earlier, Corwin had been one of the judges involved in the Salem Witch Trials, and his house, now known as the Witch House, still stands a little further to the east of here on Essex Street.

James and Elizabeth had three children, one of whom died in infancy, and she died in 1706. Two years later, he remarried to the widow Mary Weld, who also had connections to the Salem Witch Trials. Her grandfather, the Reverend John Higginson, was the longtime pastor of the First Church in Salem, and was serving in that role during the trials of 1692. His own daughter, Ann Dolliver, was among those arrested for witchcraft, although she was never ultimately convicted. In addition to the two surviving children from his first marriage, James and Mary had seven children, three of whom died young. It seems unclear whether Mary was still alive when this house was built around 1740, but James would have been in his mid-60s at the time, and all of his children would have been adults by then.

James Lindall died in 1753, and later owners of the house included the Reverend Thomas Barnard, who was the pastor of the North Church in Salem from 1772 until his death in 1814. Early in his career, he played an important role in diffusing a confrontation between British soldiers and American militamen, and may have prevented the American Revolution from starting here in Salem. On February 26, 1775, several months before the war began at Lexington and Concord, British soldiers under Lieutenant Colonel Alexander Leslie attempted to cross the North Bridge in Salem, in order to seize cannons that were stored on the north side of the river. However, they were blocked by a large group of militiamen and townspeople, and a tense standoff ensued. Colonel Leslie was determined to cross, and evidently considered using force until Reverend Barnard intervened. According to subsequent accounts, he introduced himself to Colonel Leslie, saying:

I am Thomas Barnard, a minister of the Gospel, and my mission is peace. You cannot commit this violation against innocent men, here, on this holy day, without sinning against God and humanity. The blood of every murdered man will cry from the ground for vengeance upon yourself, and the Nation which you represent. Let me entreat you to return.

Eventually, the two sides reached a compromise. In order to save face, Colonel Leslie would be allowed to cross the bridge, with the understanding that he was to make only a cursory inspection for the cannons – which had long since been relocated anyway – before crossing back over the bridge and leaving Salem. This was done without incident, and the the soldiers subsequently marched peacefully out of town, escorted by militiamen from all of the surrounding towns. However, the compromise only delayed the inevitable, and less than two months later the war began after the British made a similar expedition to Concord.

In 1816, two years after Barnard’s death, the house was sold to John H. Andrews. He was evidently a merchant, and the house was subsequently inherited by his son, John P. Andrews, who was also a merchant. The younger John never married, and the census records throughout the late 19th century show him living here with his sister, Caroline. He had apparently retired from active business by about 1860, when the census listed him as a “Gentleman.” During that year, his real estate was valued at $5,000, and his personal estate at $15,000, for a total that was equivalent to over half a million dollars today.

John P. Andrews died in 1890, at the age of 85, and the house was subsequently owned by William P. Andrews, who may have been John’s nephew. He was an assistant clerk of the District Court in Salem from 1869 to 1888, and then served as clerk from 1888 until 1893. It does not appear exactly how long he lived in this house, if at all, but by 1893 he had resigned his job and moved to Italy, where he lived until his death in 1916.

Andrews still owned the house when the first photo was taken, nearly a century after the property was first acquired by the Andrews family. However, at the time it was being rented out to William W. Coolidge, a lawyer who was the city solicitor during the 1910 census. In the following decades, it was converted into a multi-family home, and later in the 20th century it became a mixed-use property, with offices on the first floor and apartments on the upper floors.

Today, the exterior of the house has seen some alterations, including the loss of the shutters and the addition of siding in place of the original clapboards. The chimney on the right is also gone, as is the fence in the front yard, and the side yard has been replaced by a parking lot. However, the nearly 280-year-old house still has many recognizable features from the first photo, and it stands as one of the many historic 18th century homes in Salem. Along with the other homes in the area, it is now part of the Chestnut Street Historic District, which was added to the National Register of Historic Places in 1973.