The house at 328 Essex Street in Salem, on November 26, 1940. Image courtesy of the Library of Congress, Historic American Buildings Survey Collection. 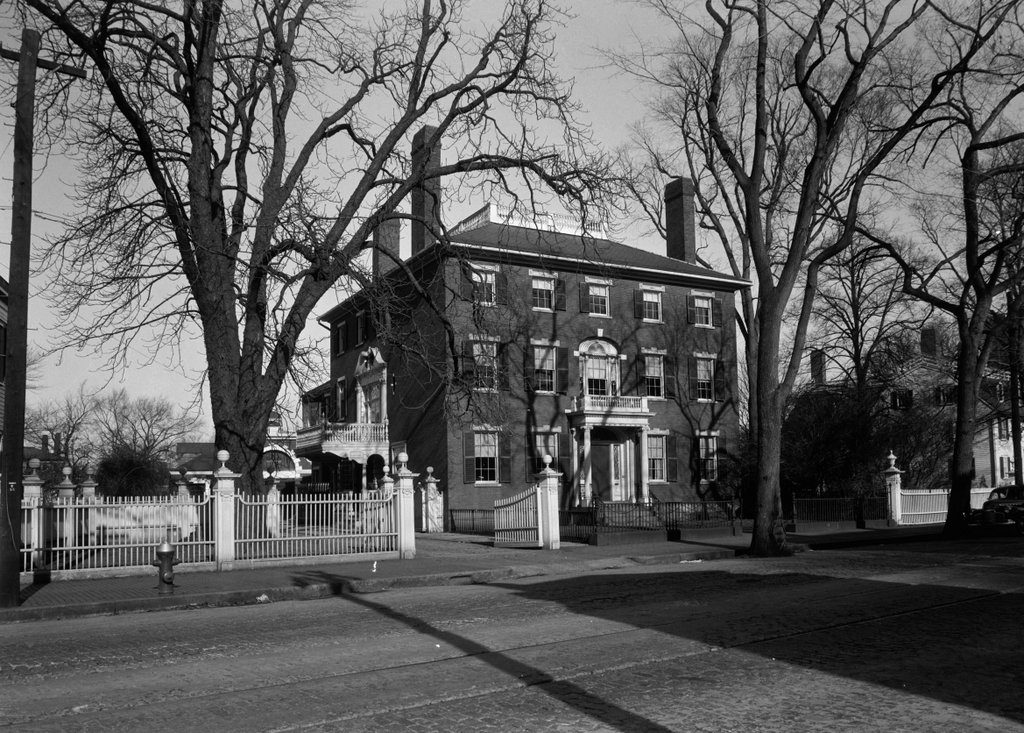 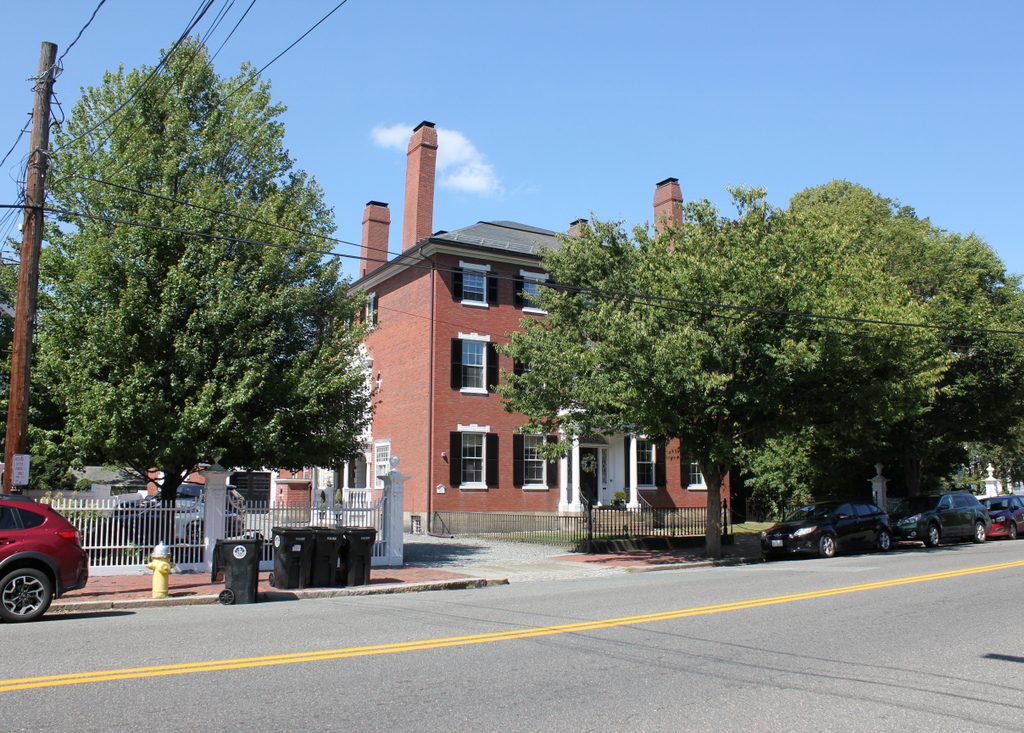 This elegant Federal-style house was built sometime around 1818 to 1821, and was among the many fine mansions that were built in this neighborhood of Salem during the early 19th century, at the height of Salem’s prominence as a seaport. The original owner was William Pickman (1774-1857), a merchant whose father, Benjamin Pickman (1740-1819) had been a wealthy merchant and a Loyalist in the years leading up to the American Revolution. Benjamin had left for England at the start of the war, just a year after William was born, but he would later return to Salem after the war ended.

Benjamin Pickman’s allegiance evidently did not hurt his family, as William’s brother, Benjamin Pickman, Jr. (1763-1843), would go on to become a prominent politician, including serving a term in Congress from 1809 to 1811. William, in the meantime, was a merchant in Boston for some time, but later retired to Salem, perhaps around the same time that he built this house. He never married, and lived here in this house with his sister, Love Rawlins Pickman (1786-1863), until his death in 1857.

By the mid-1860s, the house was owned by George B. Loring (1817-1891), whose wife, Mary Toppan Pickman (1816-1878) was the niece of William Pickman. Loring was originally a physician, and an 1842 graduate of Harvard Medical School, but he later left the medical practice and entered politics. He went on to serve in the Massachusetts House of Representatives from 1866 to 1868, the Massachusetts Senate from 1873 to 1877, and during this time he was also the chairman of the Massachusetts Republican Committee from 1869 to 1876.From there, he served two terms in Congress, from 1877 to 1881, and after losing re-election he was appointed as U. S. Commissioner of Agriculture, serving under Presidents Garfield and Arthur. His final political office was as Minister to Portugal, a position that he held from 1889 until his resignation in 1890, a year before his death.

George and Mary Loring had two daughters, Mary and Sally, although Mary died in 1864 at the age of six. The 1870 census shows the family living here along with a coachman and three servants, and it lists George’s real estate value at $69,900, and his personal estate at $20,000. This was a considerable amount of money for the time, equivalent to nearly $1.8 million today. Mary died eight years later, but George remarried in 1880 to Anna Hildreth, a widow who, at about 35 years old, was nearly 30 years younger than him.

The Lorings appears to have moved out of this house during the early 1880s, and by the end of the decade it was owned by Jennie Emmerton (1837-1912), the widow of George R. Emmerton (1836-1888), a wealthy merchant and banker. She was also the daughter of prominent merchant and philanthropist John Bertram, and at her death in 1912 she was reportedly the wealthiest woman in Salem. This house was substantially remodeled around the time of her ownership, with the addition of Colonial Revival-style features on the both the interior and exterior. These included the the front entrance porch, the Palladian window above it, the porte-cochere on the left side of the house, and the carriage house beyond it. The renovations were the work of architect Arthur Little, and resulted in a house that was nearly identical to the nearby Dodge-Shreve House at 29 Chestnut Street.

Jennie Emmerton lived here with her unmarried daughter, Caroline O. Emmerton (1866-1942), and Caroline inherited the house after Jennie’s death. Like the other members of her family, Caroline was involved in philanthropy, contributing to a number of charitable organizations in the city. However, perhaps her most visible work was on the House of the Seven Gables, which she purchased in 1908 and restored to its original 18th century exterior appearance. She later acquired several other historic houses in Salem that were in danger of demolition, and had them moved to the grounds of the House of the Seven Gables for preservation.

Caroline Emmerton was still living here when the first photo was taken in 1940, but she died two years later. The house was subsequently divided into apartments, and today the interior consists of five units. However, the exterior has hardly changed during this time, with few noticeable changes from this angle except for the missing balustrade atop the roof. Along with the other homes in the surrounding neighborhood, it is now part of the Chestnut Street Historic District, which was added to the National Register of Historic Places in 1973.