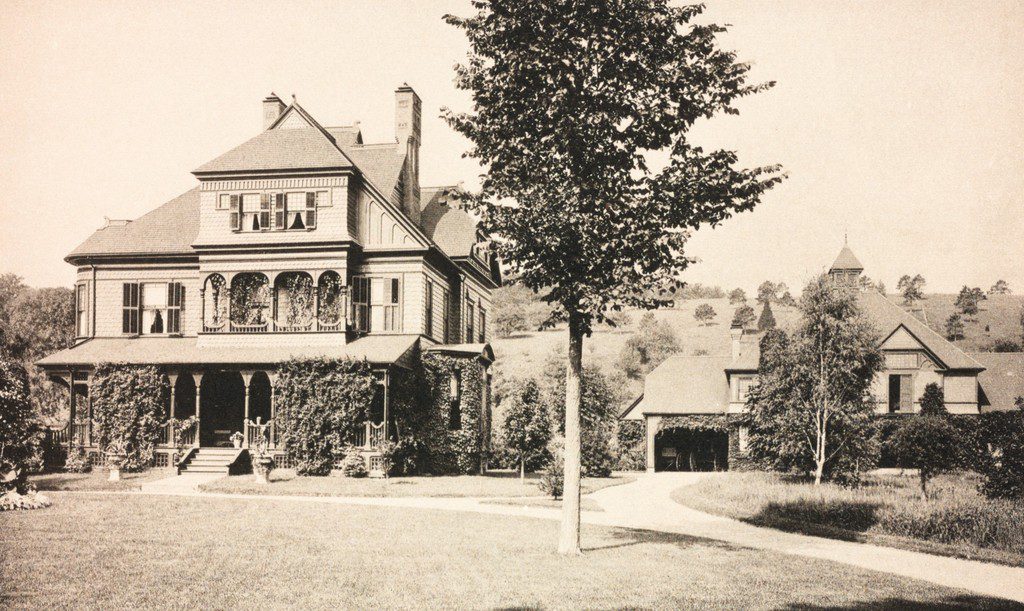 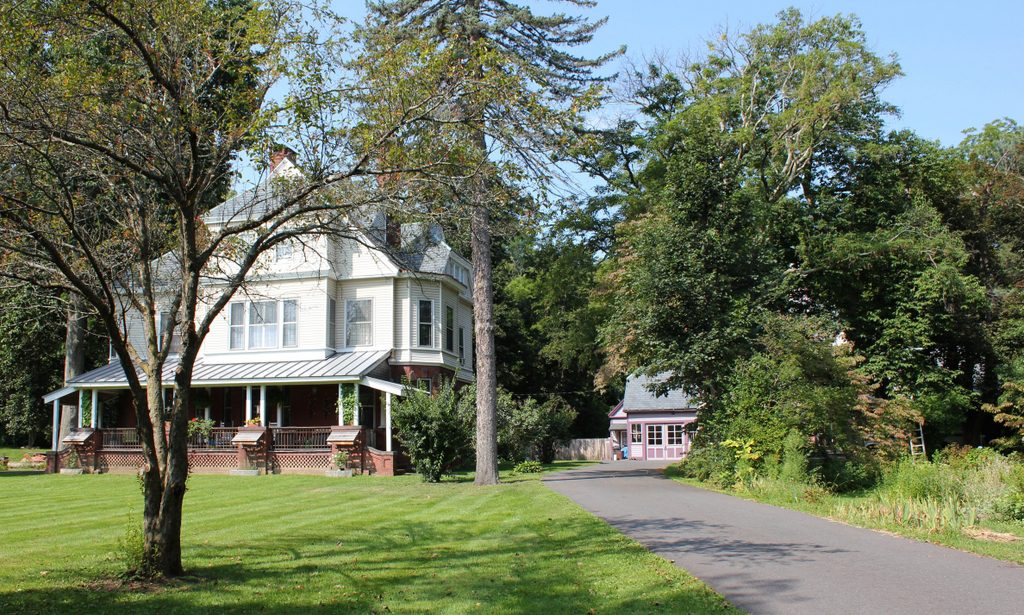 This large Queen Anne-style house was built in 1884, and was the home of Robert B. Johnson, a prominent insurance agent and bank executive. Johnson was born in 1828 in East Weare, New Hampshire, but he later came to Holyoke. He established the R. B. Johnson & Son insurance agency, which offered fire, life, and accident insurance out of its offices on High Street, and he was also involved in both the Holyoke Savings Bank and the Holyoke National Bank. From 1866 until his death in 1899, Johnson was the treasurer of the savings bank, and he was also the first vice president of the national bank, starting in 1872. He eventually became president of the bank in 1896, and served in that role until his death three years later.

Cornelia Johnson died in 1914, and her daughter Jenta in 1923. However, George Gill outlived his late wife by many years. During the 1930 census he was living here with Dorcas and her husband, Lincoln B. Smith, who worked under Gill as the assistant treasurer of the Holyoke Heater Company. A decade later, Lincoln and Dorcas had two young children, Robert and Virginia, and they were still living here with George Gill. By this point, Lincoln was Vice President of the Holyoke Heater Company, with the 1940 census listingjisbannual salary as $4,000, but he subsequently became a sales representative for the Haven Paper Company.

George Gill went on to live in this house until his death in 1955, at the age of 97. Lincoln and Dorcas moved out at around the same time, and at some point around the mid-20th century the exterior of the house was altered. This included replacing the exterior wood with siding, and enclosing the second-floor porch. These changes resulted in the loss of many of the home’s Victorian-era ornamentation, but otherwise the house is still standing. The carriage house, visible further in the distance on the right side of both photos, is also still there, and its exterior has actually been better-preserved than the house itself.