The house at 56 Pelham Street, at the corner of Spring Street in Newport, around 1930. Image courtesy of the Providence Public Library. 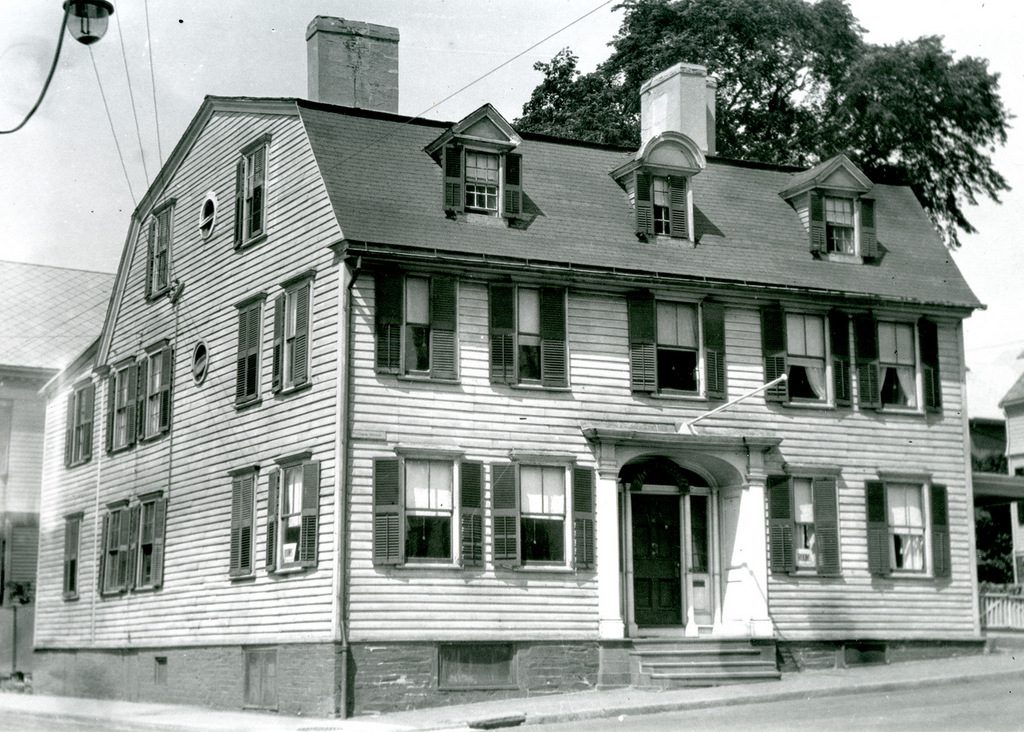 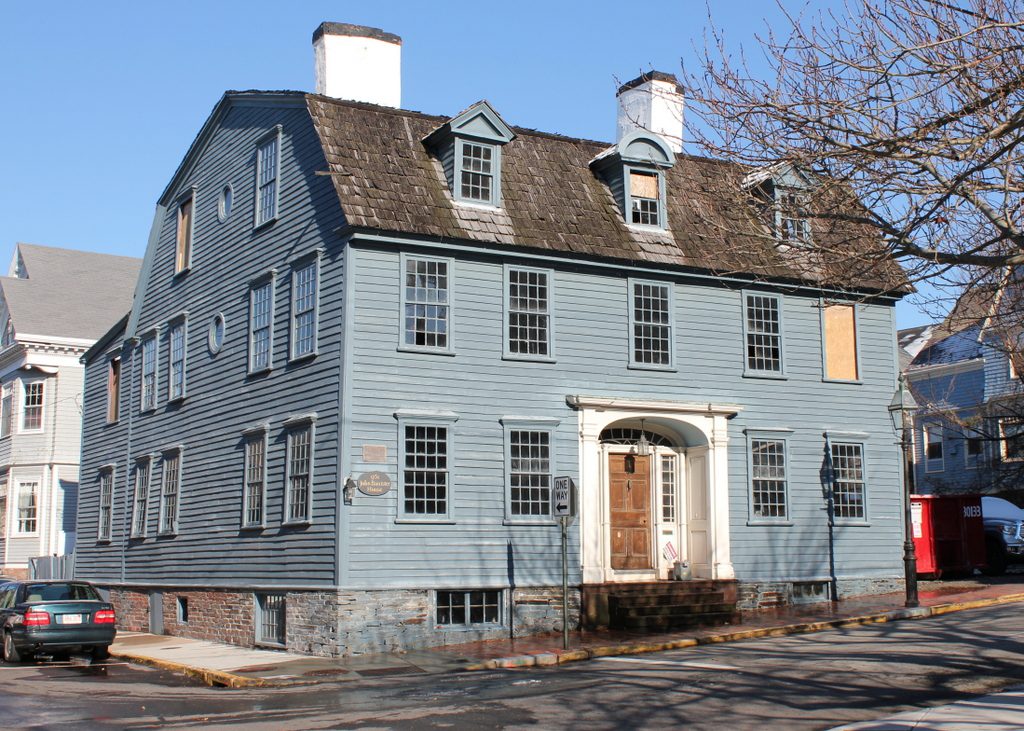 This large, elegant Georgian-style home was built in the early 1750s, and was built as the home of John Banister (1707-1767), a prosperous colonial merchant. Banister was originally from Boston, but subsequently came to Newport, where he married Hermione Pelham in 1737. She came from one of Newport’s leading families, and her great-grandfather, Benedict Arnold (1615-1678), had served for many years as the colonial governor of Rhode Island. Governor Arnold, whose other descendants included the Revolutionary War traitor of the same name, owned a significant amount of land in downtown Newport, including the Newport Tower, which still stands a few blocks away from here. This property was later inherited by the Pelham family, and then by John Banister after the death of his father-in-law in 1741.

Banister built this house on the property about a decade later. He and Hermione had two sons, John and Thomas, who grew up here, and John inherited the house after his father’s death in 1767. However, the two brothers later found themselves on opposite sides of the American Revolution. Thomas was a loyalist, and even enlisted in the British army during the occupation of Newport, while John supported American independence. In retaliation for his patriot views, the occupying British forces seized this house, along with John’s farm in nearby Middletown. The house became the headquarters of General Richard Prescott during the occupation, although John later reclaimed his property following the British evacuation of Newport in 1779. His brother Thomas was less fortunate, though. As a loyalist, his property was confiscated by colonial authorities, and he never returned to Newport after the army’s evacuation.

By the time the first photo was taken around 1930, the house was nearly 200 years old, and was already recognized for its historical significance. Then, in 1968, it became a contributing property in the Newport Historic District, a National Historic Landmark district that encompasses much of the downtown area. Over the years, the interior has been heavily modified, but the exterior has remained largely the same as it was when the house was built. Even these two photos, taken nearly 80 years apart, do not show much of a difference, aside from the removal of the shutters. However, in recent years the John Banister House has fallen into disrepair, as shown by several boarded-up windows in the 2017 photo. Shortly after this photo was taken, though, work began on a major renovation of both the interior and exterior, including restoring the original floor plan, replacing the shingles and windows, and repairing damage to the chimneys, foundation, and frame. When this work is completed, the house will again be used as a single-family home.

For more information on the Banister House and its ongoing restoration, see these articles here and here on the Newport This Week website.