The Brewer-Young Mansion at 734 Longmeadow Street in Longmeadow, on July 7, 1908. Image courtesy of the Longmeadow Historical Society. 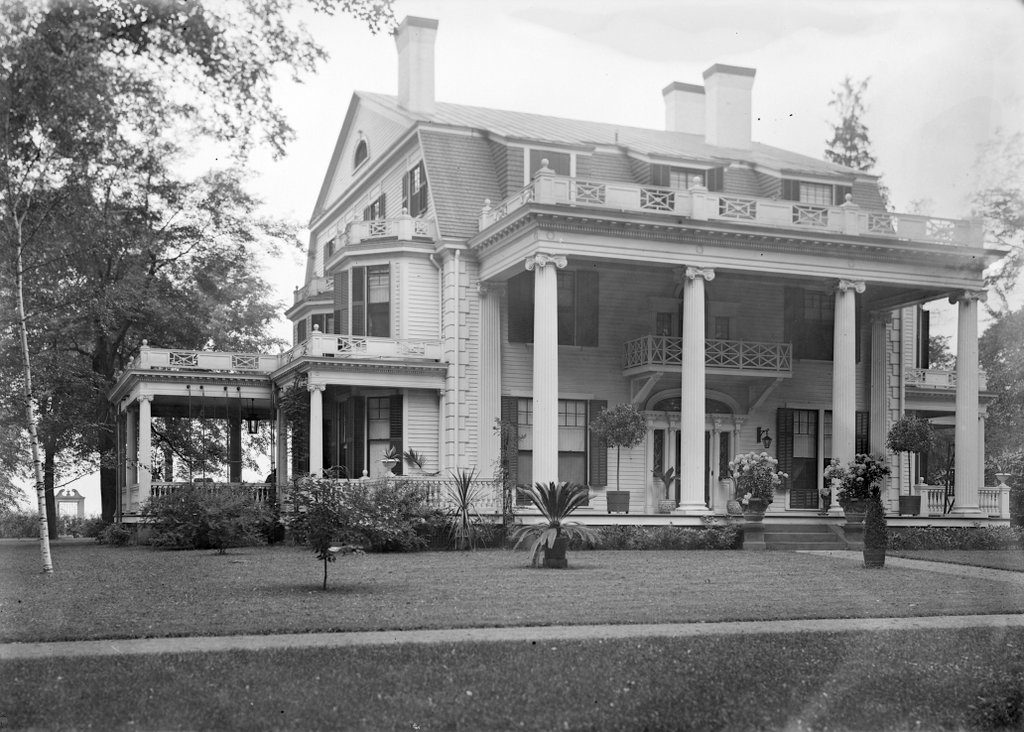 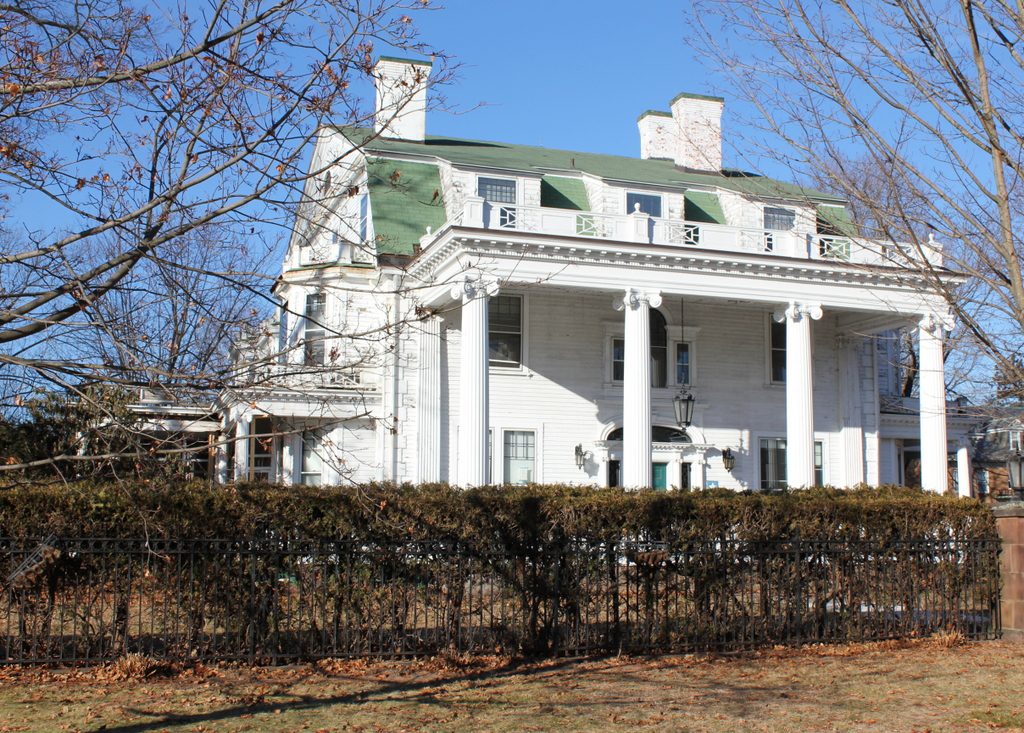 This elegant Colonial Revival-style mansion was built in 1885, and was originally the home of Samuel Wolcott, a noted Congregationalist pastor and hymn writer. Born in South Windsor in 1813, Wolcott spent the early years of his ministry as a missionary in the Middle East, before returning to the United States and serving as pastor of a number of churches, including here in Longmeadow from 1843 to 1847. He subsequently served in churches as far away as Cleveland and Chicago, but eventually returned to Longmeadow after his retirement.

Two of Reverend Wolcott’s sons, Henry and Edward Wolcott, had this house built for their father. Both sons had gone west to Colorado, where they both prospered, with Edward later serving as a U. S. Senator from 1889 to 1901. Their father’s mansion reflected their wealth, but he did not get to enjoy it for very long. He died in 1886, at the age of 72, only about a year after the completion of the house, although his widow Harriet continued to live here until her death in 1901. The 1900 census shows her here along with her daughters Clara and Charlotte, and two servants.

After Harriet’s death, the property was sold to Edward S. Brewer, a businessman and farmer who had previously lived in Springfield. He had represented the city in the state legislature in 1892 and 1893, and he later became a member of the Longmeadow board of selectmen after moving to this house. He extensively renovated the house in 1906, and this was evidently when the house acquired its distinctive Colonial Revival appearance. The first photo was taken only two years later, and shows both the ornate exterior and the landscaped lawn in the front of the house.

The 1910 census lists Edward Brewer living here with his wife Corinne and three servants. He died a year later, but Corinne remained here until at least 1918. However, by the 1920 census she was living in Boston with her daughter Maud, and she died in 1921. The house was then sold to Mary Ida Young, a widow who, along with her late husband Wilbur, had co-founded the animal care product company W.F. Young, Inc. back in 1892.

The W.F. Young company is best known for developing the horse liniment Absorbine, along with the related product Absorbine Jr., which was intended for human use. At the time, the company was headquartered in Springfield, and the Young family lived in a house on State Street. However, Wilbur died in 1918, and Mary subsequently moved to this house in Longmeadow a few years later. Their son, Wilbur F. Young II, became company president after his father’s death, but he died in 1928 at the age of 30, leaving Mary to assume control of the company.

Mary ultimately outlived her husband by more than 40 years, and ran the company into her 90s, until she handed it over to her daughter Sally and grandson, Wilbur F. Young III in 1957. She continued to live in this house throughout this time, and remained here until her death in 1960, at the age of 95. The house stayed in the Young family for several more decades, although the high costs of upkeep eventually led the family to sell the property in 1989.

Today, W.F. Young, Inc. is still in business, and still produces Absorbine. It is now headquartered in nearby East Longmeadow, where it is still owned by the Young family. However, the former family home has not fared so well over the years. Since being sold in 1989, it has gone through a revolving door of ownership, and has steadily deteriorated. It was foreclosed on in 2015, but was purchased two years later, shortly before the second photo was taken. The house is now undergoing restoration, and the interior is in the process of being converted into professional offices.