The northwest corner of Chestnut and Bridge Streets in Springfield, around 1938-1939. Image courtesy of the Springfield Preservation Trust. 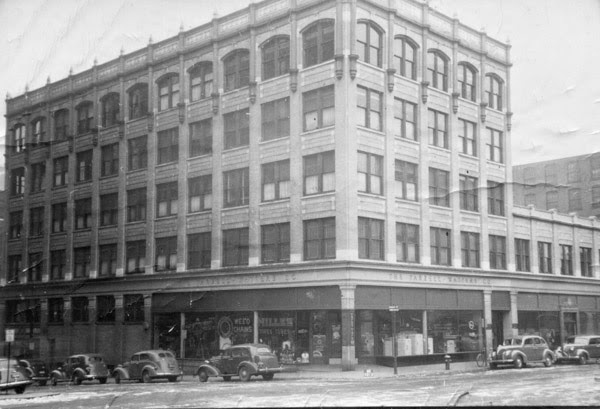 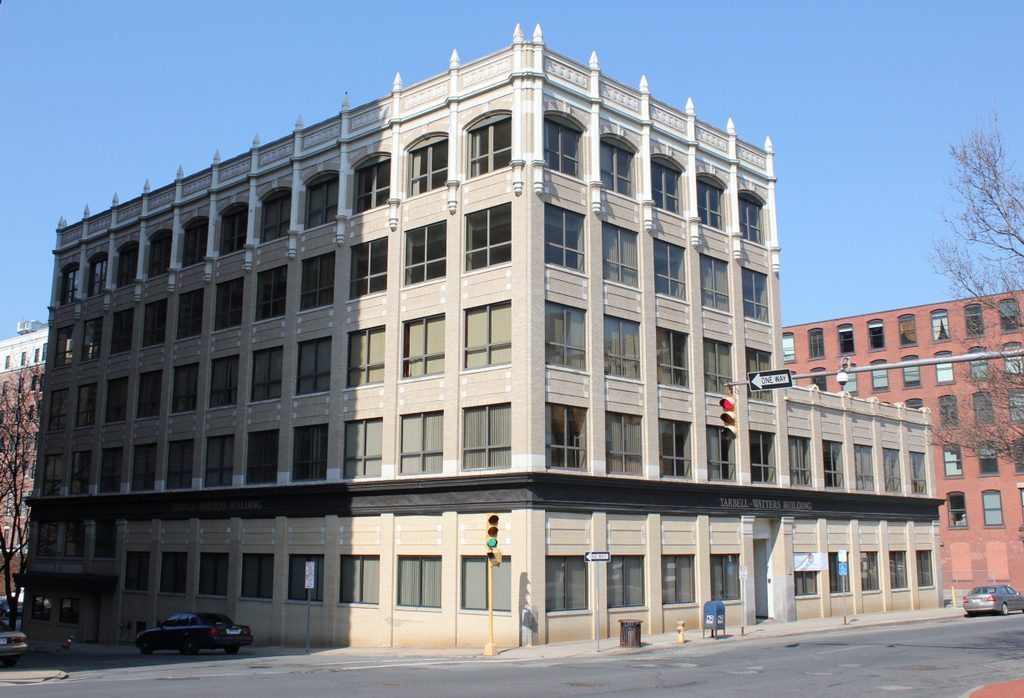 This building was constructed in 1924, as part of the post-World War I development of the Apremont Triangle area. Originally a residential neighborhood, this area became predominantly commercial by the early 20th century, with new buildings centered around a small triangular park that was bounded by Chestnut, Pearl, and Bridge Streets. Many of these new buildings were associated with the automobile industry, including this one, which was originally the home of the Tarbell-Watters Company, an automobile parts company.

The building was the work of local architect Harry L. Sprague, and its design featured neo-Gothic architecture, particularly on the fifth floor and cornice. However, it also included modern features, such as a steel frame and large windows. The Tarbell-Watters occupied the ground floor, and the upper floors were rented as office space. Originally, the building consisted of just the five-story section, but several years later it was expanded to include the two-story section on the right side.

By the time the first photo was taken in the late 1930s, the building still housed the Tarbell-Watters Company, and many of the upper floor offices were rented by physicians. The company evidently went out of business sometime around the early 1950s, but its building is still standing today, with hardly any major changes except for the altered storefronts on the first floor. Along with the other early 20th century buildings nearby, it is now part of the Apremont Triangle Historic District, which was added to the National Register of Historic Places in 1983.