The apartment building at 290-294 Sumner Avenue in Springfield, around 1938-1939. Image courtesy of the Springfield Preservation Trust. 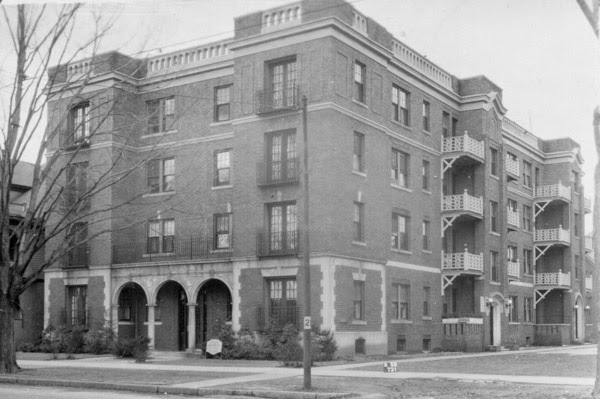 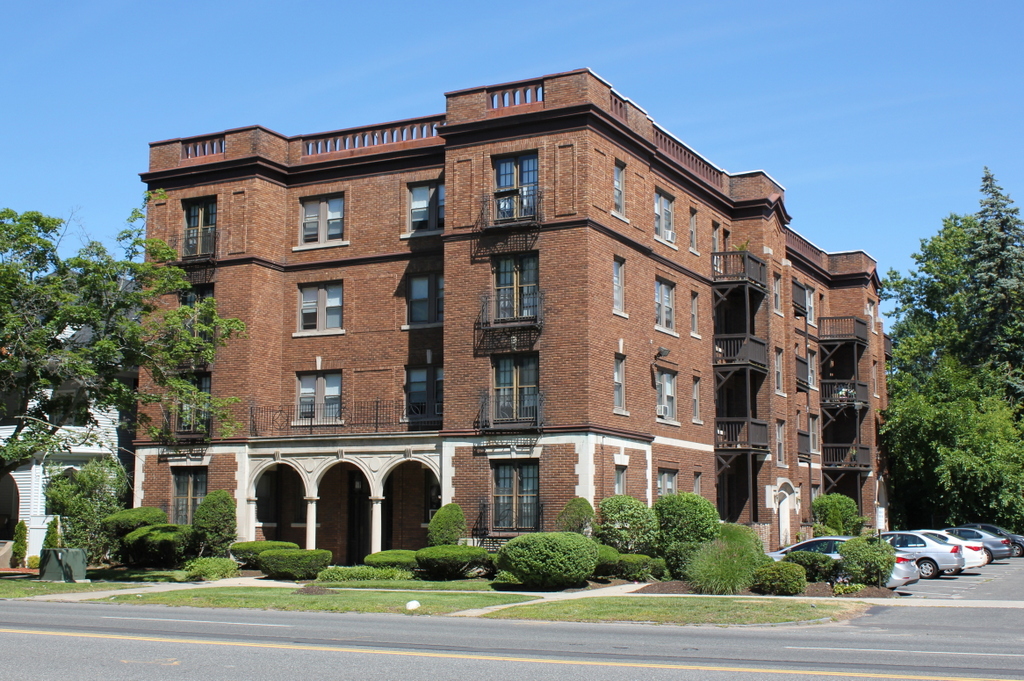 This four-story apartment block was constructed in 1917, in a desirable location across Sumner Avenue from the main entrance to Forest Park. According to newspaper advertisements of the late 1910s, the building consisted of four and five-room apartments, and by the 1920 census there were 15 families living here, with a total of 46 residents. These families were generally upper middle class, and included occupations such as a wholesale merchant of automobile supplies, a physician, an insurance agent, a bakery manager, a civil engineer, and a furniture store manager.

The first photo was taken almost 20 years later, in the late 1930s. The 1940 census shows that there were 18 different families living here, with rents that ranged from $39 to $49 per month. Based on their occupations, these residents appear to have been somewhat less affluent than the tenants here in 1920, but they were still solidly middle class. These included a lumber mill engineer, a die sinker at a tool factory, an electrician, a stenographer, a pharmacist, a nurse, an accountant, a librarian, and several teachers. Many of these workers earned over $2,000 per year (about $37,000 today), and the highest-paid resident was the die sinker, Emil J. Hedeen, who earned $3,000 (about $55,000 today) working for the Moore Drop Forging Company.

Interestingly, the majority of the residents were not natives of Springfield, with only 17 of 47 having been born in Massachusetts. Few were immigrants, though; instead, most were out of state, with quite a number of states represented here. The residents were also a mix of those who were single, married, and widowed, but most households were small, with only 2 children under the age of 18 who lived here. However, some of the tenants did sublet space in their apartments to one or two lodgers, who would have helped to offset the cost of the rent.

Today, some 80 years after the first photo was taken, very little has changed in this scene. The exterior of the building has remained well-preserved during this time, and it serves as a good example of the many upscale apartment blocks that were built in Springfield during the early 20th century. The building continues to be used as apartments, with city records indicating that it has a total of 20 units.