The porch on the south side of Ventfort Hall in Lenox, around 1893. Image courtesy of the Lenox Library Association. 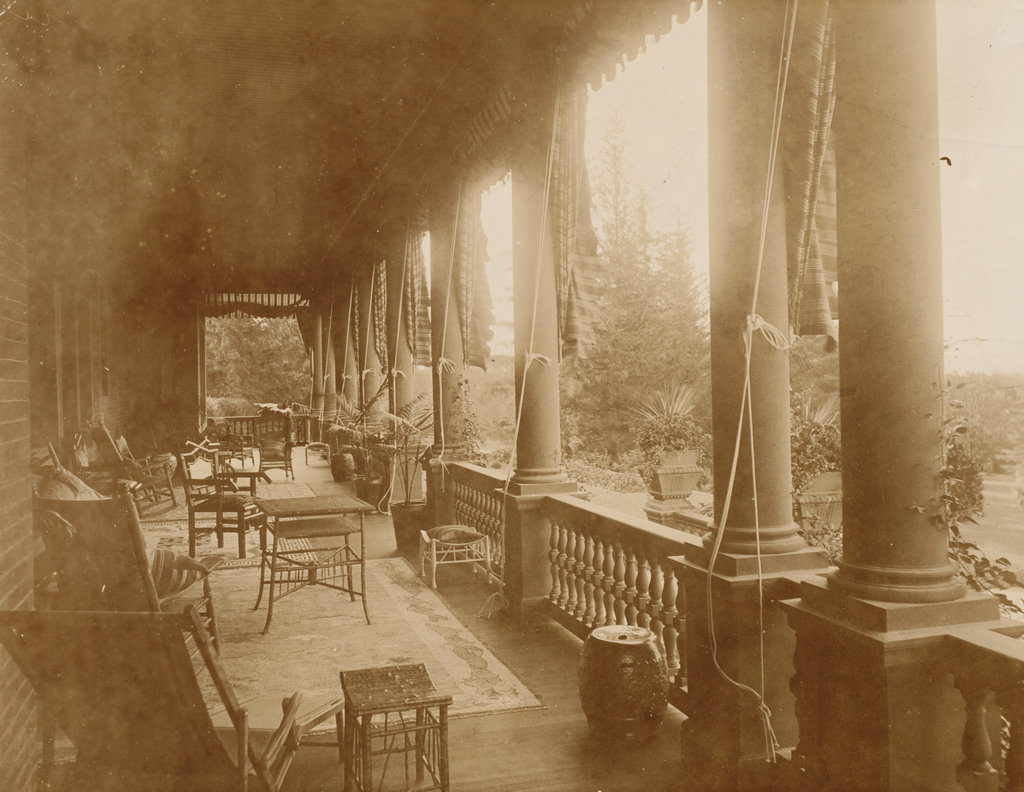 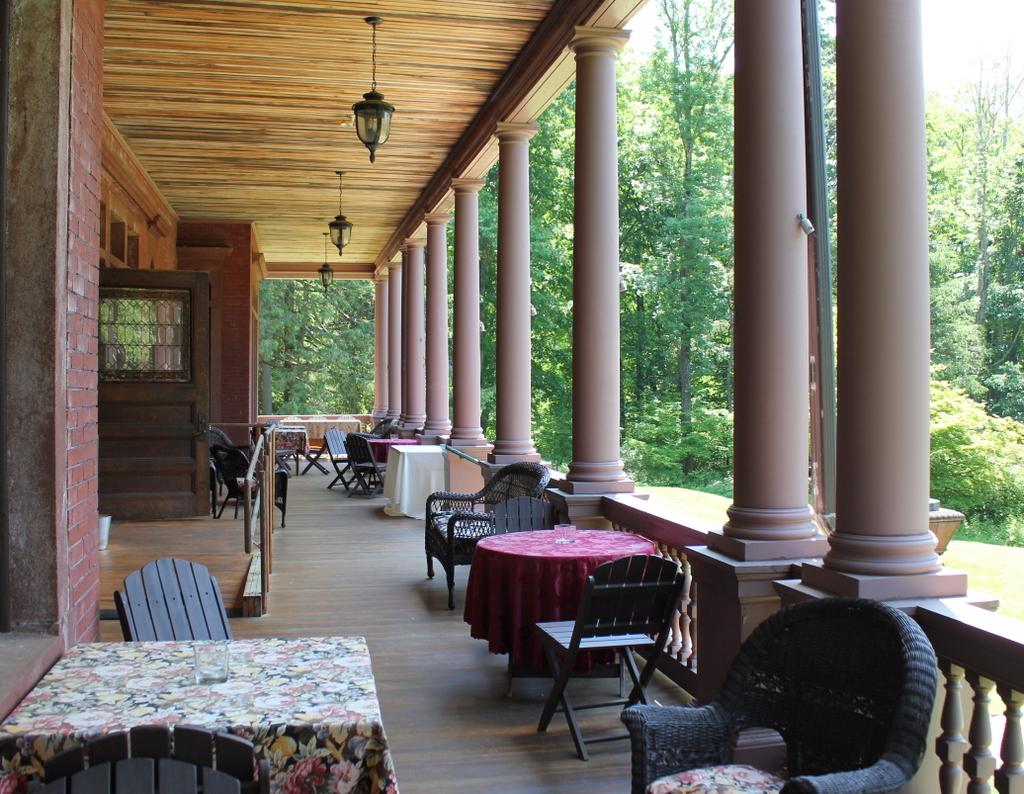 As discussed in an earlier post, Ventfort Hall was built in 1893 as the summer home of George and Sarah Morgan. George was a wealthy New York banker, and his wife Sarah – whose maiden name was also Morgan – was the sister of financier J. P. Morgan. The house was the work of the Boston-based architectural firm of Rotch & Tilden, and it features a Jacobean Revival design that gives it the appearance of a 17th century English country house.

Today, around 125 years after the first photo was taken, this scene has not changed significantly. Ventfort Hall was last used as a private residence in the mid-20th century, and it subsequently became a dormitory, hotel, ballet school, and religious organization, before ultimately being restored in the late 1990s. It is now open to the public as the Ventfort Hall Mansion and Gilded Age Museum, and it is one of several historic house museums in the Lenox area.