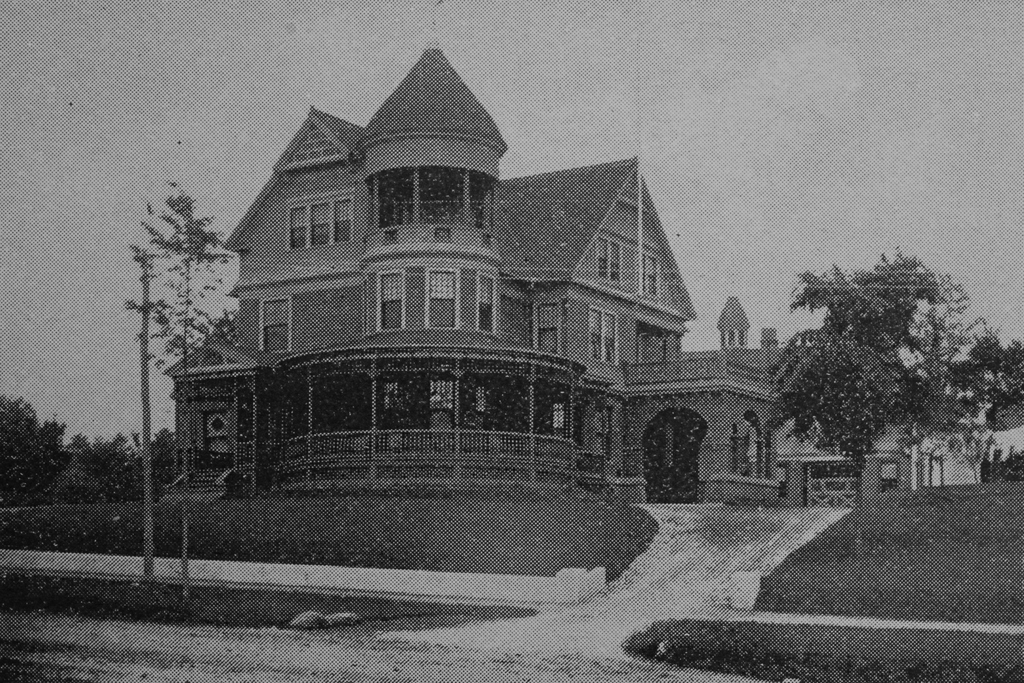 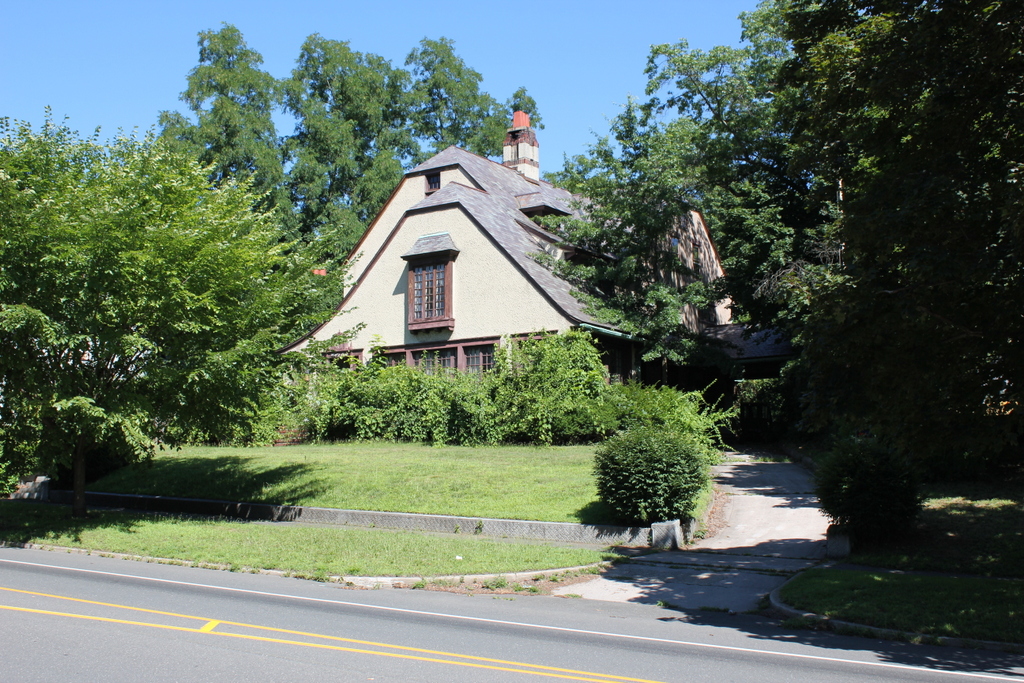 The first photo shows a large Queen Anne-style house that once stood here on the north side of Court Street, near the corner of Chestnut Street. It was constructed at some point in the late 1880s or early 1890s, and it was originally owned by James A. Lakin, a prominent local businessman and politician. Lakin was born in Boston, but came to Westfield after the Civil War and lived here for the rest of his life. He had previously lived in a house at 9 Pearl Street, but he had moved into this new, much larger house by the time the first photo was taken.

Lakin was a jeweler for many years, before becoming involved in a number of other businesses here in Westfield. He was a freemason, and he was involved in several Masonic organizations, including serving as the secretary of the Masonic Fraternal Accident Association of America, and president of the National Masonic Aid Association. In addition, he was the president of both the Woronoco Street Railway Company and the American Casket Hardware Company, and vice president of the Woronoco Savings Bank. Aside from his business interests, Lakin was also involved in state and local politics. He was elected to two terms in the state legislature in 1890 and 1891, and in the mid 1890s he served on the staff of Governor Frederic T. Greenhalge, holding the rank of colonel as an assistant adjutant general.

Lakin died in 1898 at the age of 57, leaving his wife Addie and their four children. The rest of the family evidently moved out of this house shortly after his death, because by the 1900 census they were again living in the house at 9 Pearl Street. In the meantime, this house on Court Street was sold to Thomas M. Hazelton, who lived here until hos own death in 1905. Hazelton’s wife continued to live here for several more years, but around 1909 she sold the property to Frederick L. Parker, an employee of the United States Whip Company.

Parker purchased this house around the same time as his marriage to his wife Mary. They were both about 35 years old at the time, and they spent their honeymoon in Enterprise, Florida and in Cuba, before returning to Westfield and moving into this house during the spring of 1909. Parker subsequently became president of the United States Whip Company in 1912, taking control of what was, at the time, the world’s largest whip manufacturer. By this point, the whip industry – which had formed such a large part of Westfield’s economy – was in decline, with the rise of automobiles eliminating the need for buggy whips. However, the company outlasted most of Westfield’s other whip manufacturers, and Parker remained its president until his death in 1951.

Around 1928, Frederick and Mary Parker drastically altered the appearance of their house, as shown in the present-day photo. The ornate Queen Anne-style details were removed, including the tower and the circular porch, and the exterior was remodeled with a very different French Eclectic-style design. As a result, the house now bears little resemblance to its appearance in the first photo. However, the interior of the house remained largely unchanged after the renovation, and today it still retains its original Victorian-era features.

During the 1930 census, the newly-remodeled house was valued at $50,000, equivalent to nearly $800,000 today, and the Parkers were living here alone except for a servant. A decade later, in the aftermath of the Great Depression, its value had dropped to just $20,000, but by this point the Parkers employed two live-in servants, whom they paid $572 and $780 in yearly salaries. This was fairly typical income for domestic servants of the period, equivalent to about $10,600 and $14,500 today, respectively.

Frederick Parker lived here until his death in 1951, at the age of 77. He left an estate that was valued at more than $1.3 million, or about $13 million today, and in his will he made a number of bequests to local charities. In addition, he left $250 to every employee who had worked at the United States Whip Company within the past two years. He left the bulk of his estate to his widow Mary, but she evidently had a sizable amount of property in her own name. She died a year later in 1952, and her estate was valued at over $7.2 million, more than $70 million today, which was described in the Springfield Union as one of the largest estates ever filed with the county’s registry of probate.

In 1953, the house here on Court Street – which had been valued at $24,000 after Mary’s death – was sold to Frederick’s cousin, Lewis C. Parker, Jr. He had recently become the vice president and treasurer of White Industries, a Westfield-based greeting card and stationery company, and he had previously served as city council president, the same position that his cousin Frederick had once held. He went on to live here until around the early 1970s, and the property has changed hands several more times since then.

Today, this house is still standing here. Although heavily altered from its original appearance, its current design has become historic in its own right, and it is a relatively unusual example of French Eclectic architecture here in Westfield. With these changes, almost nothing remains from the first photo, but perhaps the only exception is the low granite retaining wall along the sidewalk, and the short posts on either side of the driveway. These were evidently added when James A. Lakin built the first house, and they are still here more than 125 years later.

Special thanks to current homeowner Donald Bazzurro for providing the information on the house’s 1928 transformation.