The view looking north on Church Street from the corner of Westminster Street in Bellows Falls, around the early 1900s. Image courtesy of the Rockingham Free Public Library. 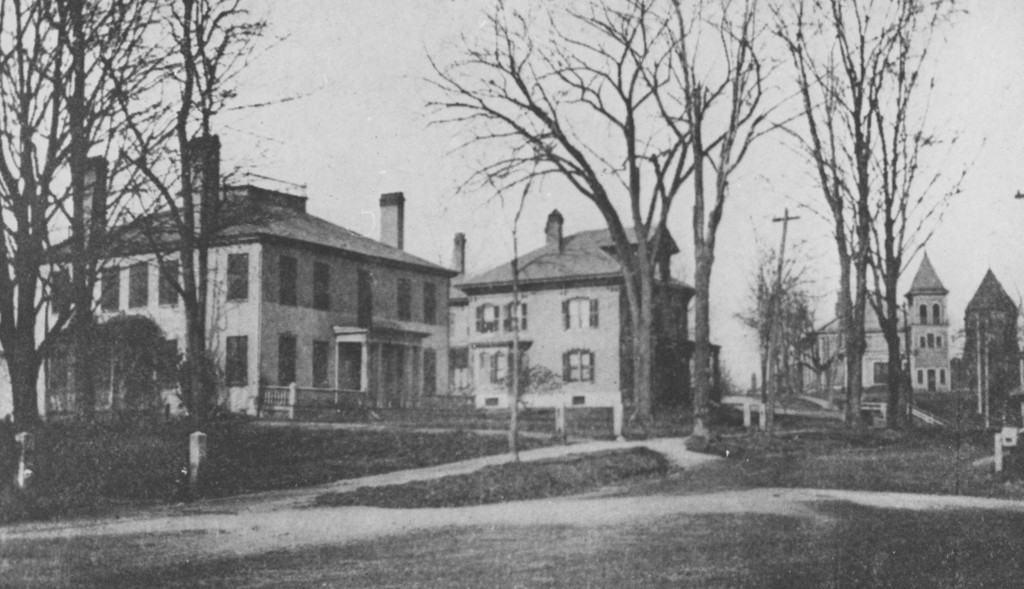 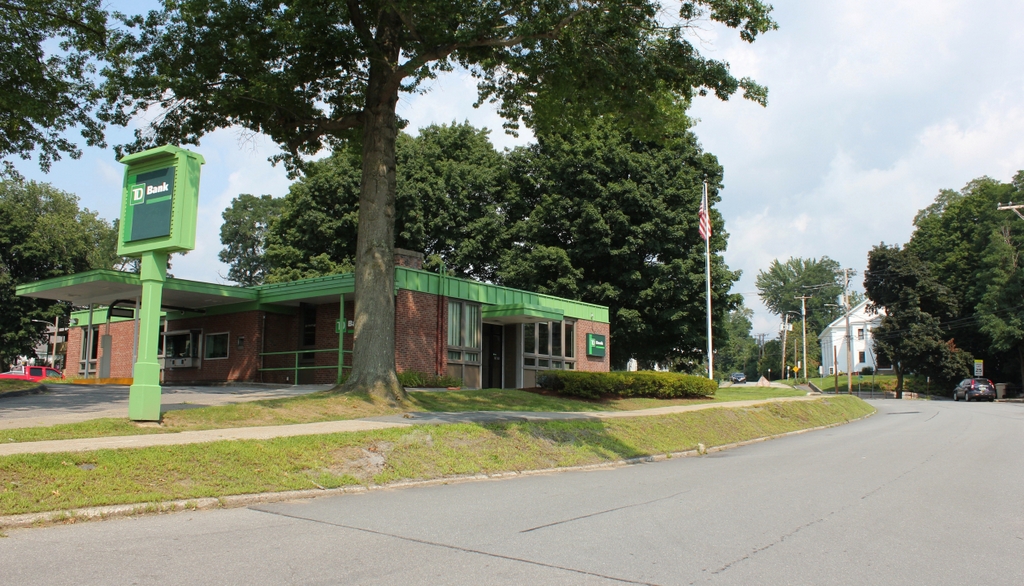 As discussed in more detail in the previous post, the house on the left side of this scene was once the home of Hetty Green, a Gilded Age financier who was well-known for both her business acumen and her extreme frugality. The house itself dated back to 1806, when it was the home of merchant William Hall, and it was later owned by Nathaniel Tucker, who operated the nearby Tucker Toll Bridge over the Connecticut River. In 1879, Tucker’s grandson, Edward Henry Green, purchased the house, and he lived here with his wife Hetty and their two children.

The first photo was probably taken at some point during their ownership of the house, prior to Hetty’s death in 1916 at the age of 81. By then, she had accumulated a fortune of over $100 million, equivalent to over $2 billion today, which made her the richest woman in the country at the time. However, she lived a very modest lifestyle, wearing plain, old clothing and eating only inexpensive food, and reportedly foregoing both heat and hot water here in her house.

Just to the right of the Green house in the first photo is another brick house, which was the home of flour mill operator Edward Arms. He died in 1900, but the house remained in his family for many years. The 1910 census, which was probably done around the same time that the first photo was taken, shows his widow Josephine living here with their daughter Caroline, who was 31 years old. Caroline continued to live here until at least the early 1950s, although in her later years she apparently used it primarily as a summer residence.

On the far right side of the scene is the First Baptist Church of Bellows Falls, which stands at the top of the hill at the corner of Church and School Streets. The congregation was established in 1854, and this building was completed in 1860. It originally featured a tall, narrow spire atop its roof, and throughout the 19th century it was referred to as the needle spire. However, the building was renovated in 1899, including the removal of the spire and an addition to the right side, including a new tower on the corner. The first photo was probably taken soon after this work was completed, as it shows the church in its altered appearance.

Today, more than a century after this photo was taken, much of this scene has changed. Hetty Green’s daughter Sylvia owned the house on the left throughout the early 20th century, but in 1940 she gave the property to the town. The old house was subsequently demolished, and the site is now a bank. The Arms house next door is also gone, and in its place is Hetty Green Park. As a result, the Baptist church is the only surviving building from the first photo. Its exterior is not significantly different, although the tower is hidden from view by the trees, and it remains in use by the same congregation that constructed it more than 150 years ago.