The Pease Hotel on Main Street (now Maple Street) in Hartford, around 1900. Image from The Gateway of Vermont: Hartford and its Villages (1903). 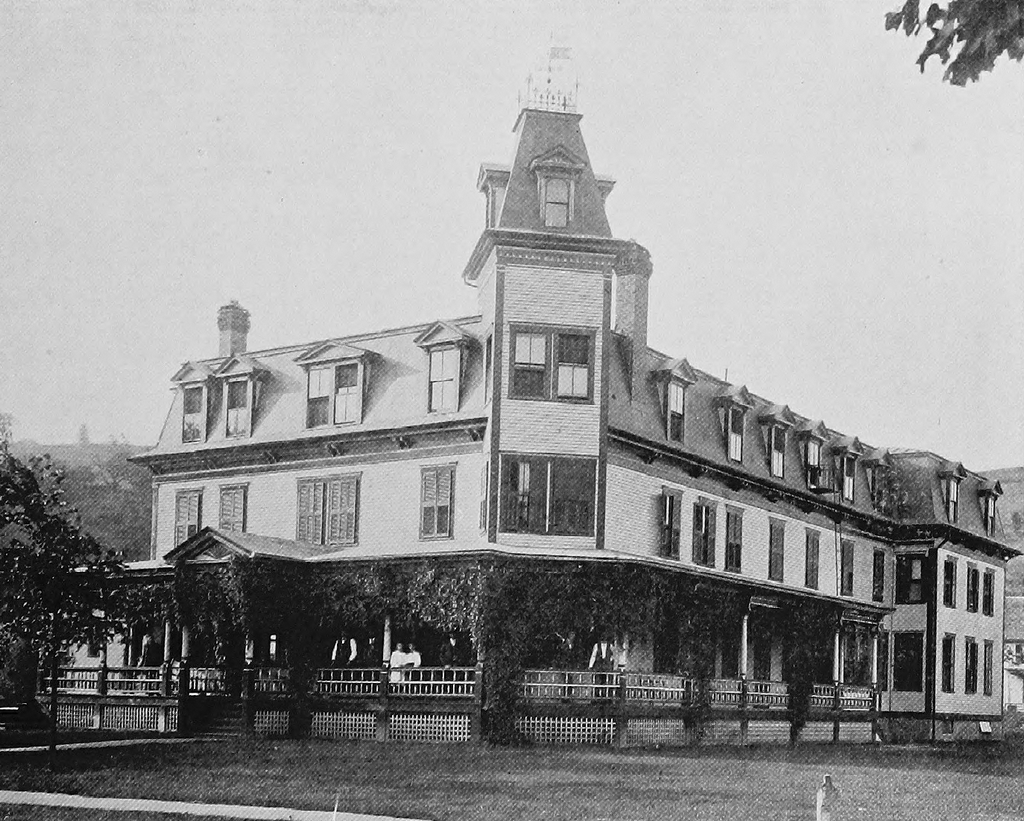 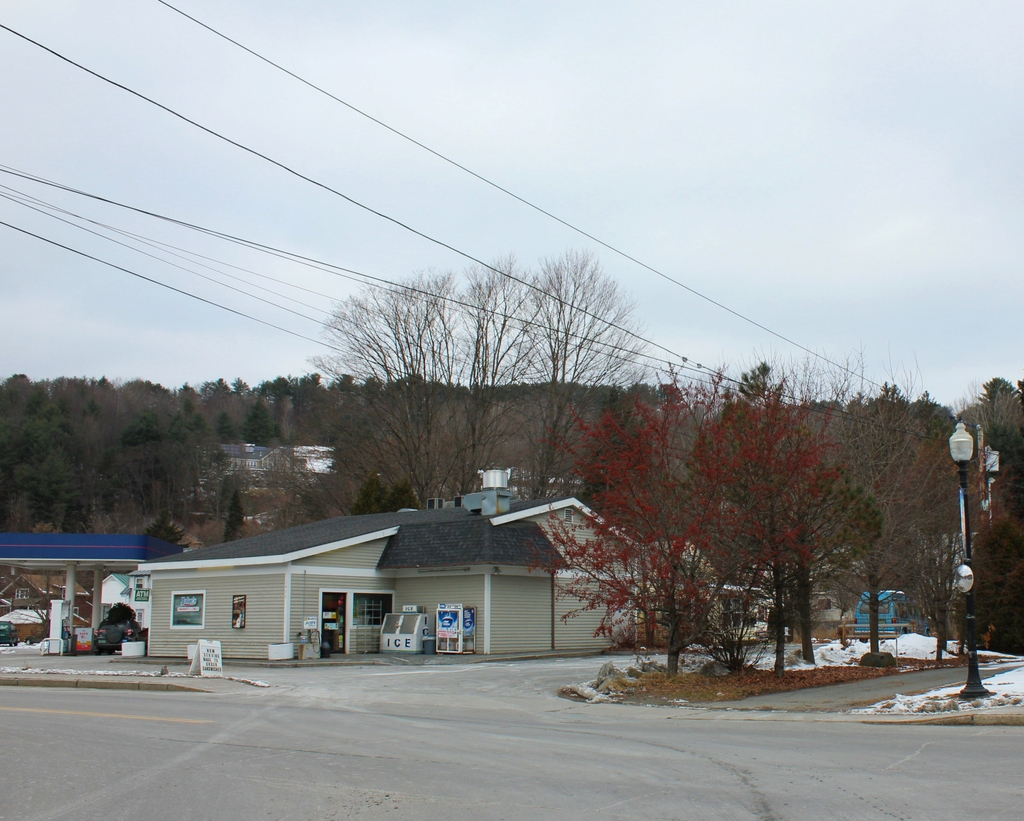 During the first half of the 19th century, this village was the main commercial center of the town of Hartford. The village is located along the banks of the White River, about a mile and a half north of its confluence with the Connecticut River, and it was the site of several early hotels. One of these was opened on this spot in 1801 by Asa Richardson, and during its early years it was known as the Richardson Hotel. However, over the next few decades it went through a number of ownership changes, before eventually being acquired by Luther Pease.

Around this same time, the town of Hartford was undergoing a transformation with the arrival of the railroads. Given its strategic location at the meeting place of two major rivers, the previously sparsely-developed eastern side of the town would soon become one of the most important railroad hubs in the state, with four different rail lines meeting there by 1850. White River Junction, as the newly-developed village came to be known, soon eclipsed the traditional town center in economic importance, and it was also the site of a new hotel, the Junction House.

Despite these changes, though, Luther Pease continued to run his hotel here, along with a nearby hardware, paint, tinware, and stove store. After his death in 1876, his son Charles W. Pease took over the hotel. Charles retired from active management of the hotel in the mid-1880s and began leasing it to a different landlord, but he retained ownership of the building until January 24, 1889, when the hotel was destroyed by a fire that began in the livery stable.

The fire left nothing standing except for the chimneys, but Charles Pease was undeterred. He began using his own house as a temporary hotel, and he soon started planning a new building. He died in 1890, but his family completed the new Pease Hotel in 1893, at a cost of about $22,000. Its exterior design was a late example of Second Empire-style architecture, featuring a mansard roof and a tower at the southeast corner of the building, as shown in the first photo.

As it turned out, though, the new hotel was not particularly successful, perhaps as a result of the continued importance of White River Junction over the old town center. It ultimately closed around 1906, and in 1908 the Pease family sold the building to Addison Ely, a New Jersey resident who reopened it as the White River Tavern.

Under new ownership, the hotel marketed itself as a place for tourists, with advertisements describing it as “An ideal Health and Rest resort. Modern improvements. Newly furnished. Excellent Cuisine. Select patronage. Moderate prices. Open all the year.” However, it continued to struggle, and even closed for a period of time during the winter of 1911-1912 because of financial difficulties. The hotel finally closed in 1919, and the building was subsequently demolished, although a portion of it evidently survived and stood here until 1941, when it was destroyed by a fire.

Today, there is nothing left here in this scene from the first photo. The site of the hotel is now a gas station and convenience store, which was constructed around 1950. Directly behind it is a house, which is partially visible in the present-day photo. Aside from the loss of the hotel, though, many of the other historic 19th century buildings here in the center of Hartford are still standing today, and they form the Hartford Village Historic District on the National Register of Historic Places.