The Mount Vernon mansion in Virginia, seen from the east side around 1900-1915. Image courtesy of the Library of Congress, Detroit Publishing Company Collection. 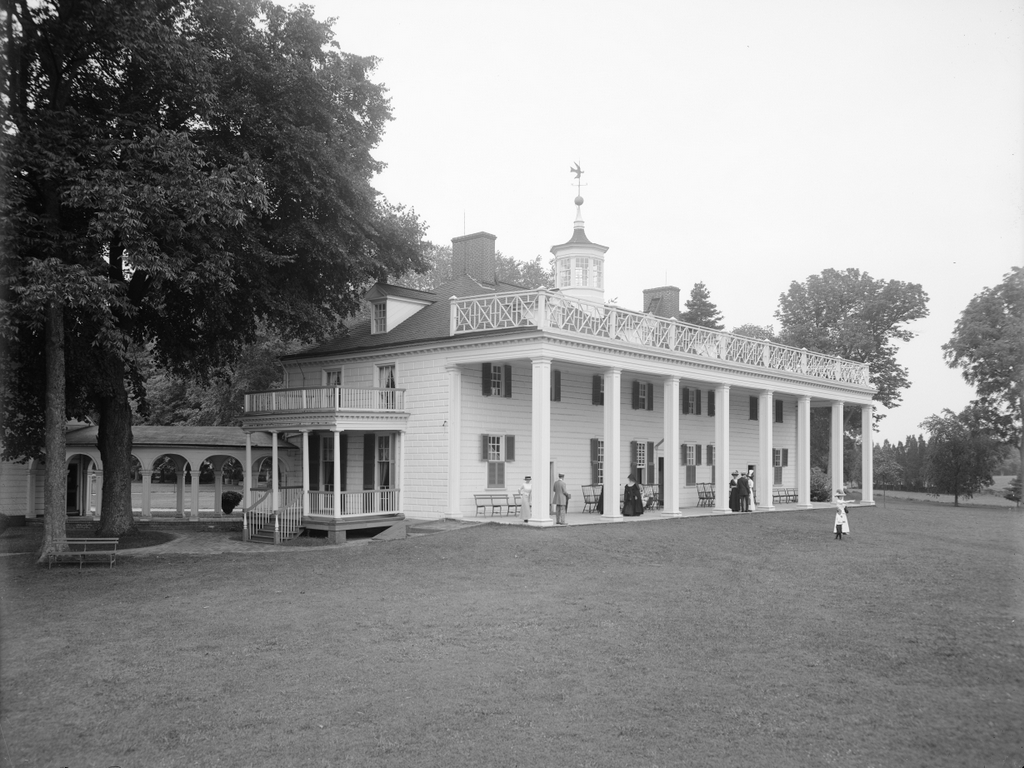 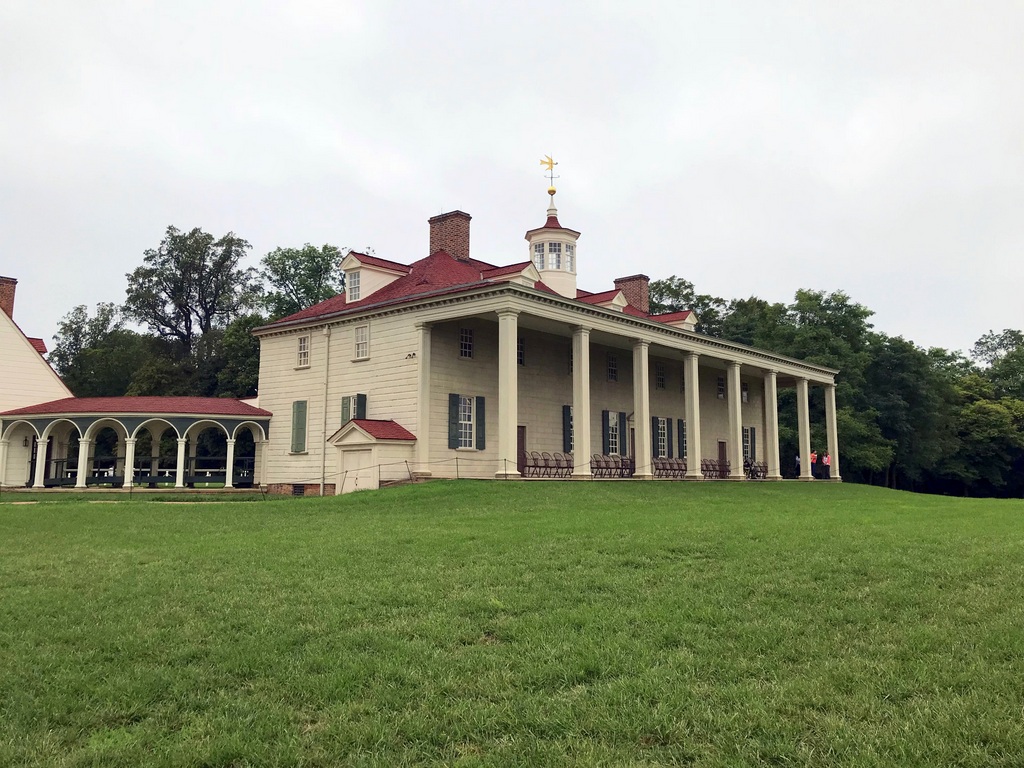 As discussed in a previous post, which shows the house from the west side, Mount Vernon was the estate of George Washington, who lived here from 1754 until his death in 1799. This property had been in the Washington family since 1674, when it was acquired by John Washington. His grandson, George Washington’s father Augustine Washington, later owned the land, and around 1734 he built the original portion of this house, on the banks overlooking the Potomac River.

In 1739, Augustine Washington gave the property—which was then known as Little Hunting Creek—to his oldest son Lawrence. He subsequently renamed it Mount Vernon, in honor of his former commanding officer Admiral Edward Vernon, and he lived here until his death in 1752, when he was in his early 30s. Lawrence and his wife Anne had four children, although all of them died young, and shortly after his death she remarried to George Lee and moved out of the house.

Under the conditions of Lawrence’s will, Anne owned Mount Vernon for the rest of her life, at which point his brother George would inherit it. With the house vacant, though, Anne began leasing it to her brother-in-law starting in 1754, when George Washington was about 22 years old. In 1758 he expanded the house by adding a second story, and then in 1761 he gained ownership of the property upon Anne’s death.

In the meantime, in 1759 Washington married Martha Dandridge Custis, a wealthy widow who was a year older than him. They never had any children together, but Martha had two surviving children from her first marriage, and they grew up here at Mount Vernon. This was also around the time that Washington became involved in politics. He had served with distinction as a colonel in the Virginia militia during the French and Indian War, and in 1758 he was elected to the Virginia House of Burgesses, where he served until the beginning of the American Revolution.

Washington further expanded the mansion here at Mount Vernon in 1774, with two-story additions on either side of the original house. The large piazza here on the east side was also added as part of this project, and it would later become perhaps the most recognizable feature of the house. However, Washington did not get to enjoy the enlarged house for very long, because in 1775 he traveled north to take command of the Continental Army, and he was away from Mount Vernon for eight years before the war ended.

At the end of the war, Washington resigned his commission in the Continental Army and returned to civilian life here at Mount Vernon. His retirement did not last for long, though, because in 1789 he was elected president. For the next eight years, Washington spent most of his time in the temporary capital cities of New York and Philadelphia, before eventually returning to Mount Vernon at the end of his second term in 1797. He lived here for the last two and a half years of his life before his death in 1799, and Martha Washington died in 1802.

By the time the association acquired the property, the mansion was in poor condition. As with many other southern planters, the Washington family owned vast amounts of land, but had relatively little cash. Consequently, the house suffered from many years of neglect, to the point that by the 1850s ships’ masts were being used as makeshift supports for the piazza roof, which was in danger of collapsing. However, the house was subsequently restored, and it opened to the public in 1860.

The first photo was taken about 40-50 years later, showing the mansion’s appearance at the turn of the 20th century. As shown in the second photo, very little has changed since then, aside from the removal of the small porch on the left side and the balustrades over the piazza, neither of which existed during George Washington’s ownership. The estate is still owned by the Mount Vernon Ladies’ Association and open for public tours, and it remains a popular tourist attraction, drawing an estimated one million visitors here each year.