The Metropolitan Museum of Art, seen from the corner of 5th Avenue and East 81st Street in New York, around 1914. Image courtesy of the Library of Congress, taken by Irving Underhill. 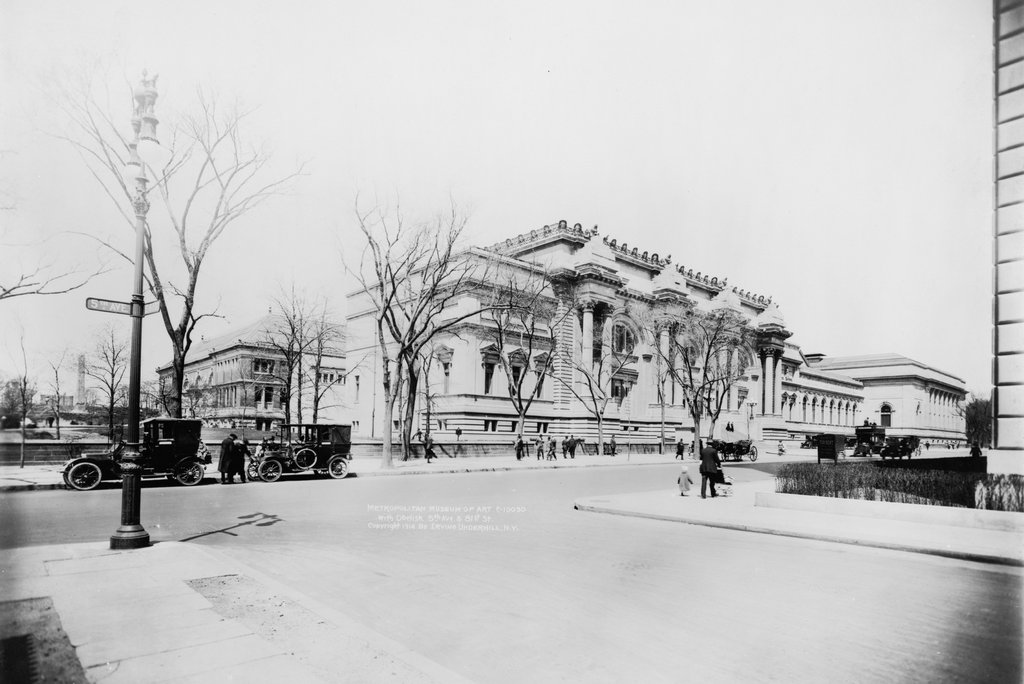 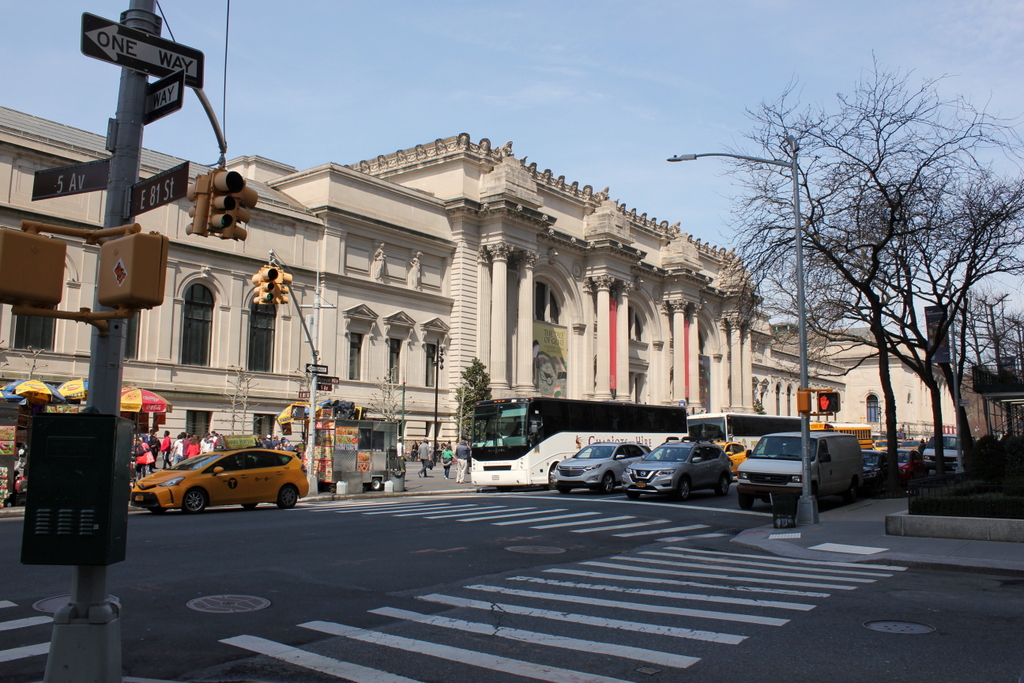 The Metropolitan Museum of Art was established in 1870, and it opened to the public two years later. During the 1870s the museum was housed in two different temporary locations, first at 681 5th Avenue and then at 128 West 14th Street. Then, in 1880 it moved to this site in Central Park, on the west side of 5th Avenue opposite East 82nd Street. It has remained here ever since, although its exterior appearance has been radically changed by a series of expansions over the years.

The original building here was designed by Calvert Vaux and Jacob Wrey Mould, two of the main architects involved in designing Central Park. It featuring High Victorian Gothic-style architecture, but the exterior deliberately had an incomplete appearance, as it was intended from the beginning that it would be expanded with new wings. However, the design proved very unpopular, and Vaux and Mould were not hired for the first additions, which were built starting in the mid-1880s. Instead, these were designed by Thomas Weston and Arthur L. Tuckerman, and they were constructed on the north and south sides of the original structure. The south wing, which was completed in 1888, is partially visible here in the distance on the left side of the first photo.

Perhaps the single most distinctive feature on the exterior of the museum is the present-day entrance here on the 5th Avenue facade, which was completed in 1902. It was the work of noted architect Richard Morris Hunt, featuring a distinctive Beaux-Arts design that included three large arches, Corinthian columns, an ornate cornice, and other classically-inspired elements. On the inside, Hunt’s wing featured the Great Hall, which served as the museum’s main entryway, and it was connected to the rest of the museum by way of the Grand Staircase in the rear of the T-shaped addition. Hunt died in 1895, before construction began, but his son Richard Howland Hunt subsequently oversaw the rest of the project.

This addition was completed in 1902, but it was intended as just the first step in a much larger expansion plan for the museum. Before his death, Hunt had developed a master plan with large wings extending to the north and south of the entryway, but his vision was ultimately not carried out. Instead, the museum shifted its architectural focus yet again, this time hiring the firm of McKim, Mead & White in 1904. Perhaps best known here in New York for designing the original Penn Station, they were one of the most important architectural firms in the country during the late 19th and early 20th centuries, and they designed most of what is now visible along the 5th Avenue side of the museum.

The firm’s work was partially completed by the time the first photo was taken in 1914. Immediately to the north of the main entrance are two wings, which opened in 1909 and 1913, and these were also joined by a central wing, which was completed in 1910 on the other side of the building. Architecturally, the new wings are different from Hunt’s work, but they were deliberately designed to harmonize with the design and scale of the older section. McKim, Mead & White also designed matching wings on the south side of the building, but these would not be completed until 1917, several years after the photo was taken.

The wings by McKim, Mead & White dramatically increased the amount of gallery space in the museum, but the building  continued to expand throughout the 20th century as the museum’s collections have grown. Aside from the 1917 addition on the left side of the scene, very little has changed here on the 5th Avenue side of the building, yet there have been further additions to the rear, most of which were built in the 1970s and 1980s. As a result, the original building and the late 19th century additions are now almost entirely encased in new construction, although there are portions of the old exteriors that are still visible inside the museum.

Today, the Metropolitan Museum of Art is one of the largest and most visited art museums in the world. From its modest beginnings in leased quarters in the 1870s, it now features more than two million works of art in more than two million square feet of gallery space, and in 2019 it drew nearly 6.5 million visitors over the course of the year. Because of the many expansions over the years, its architecture is now nearly as varied as the works of art inside it, ranging from the Beaux-Arts main entrance to the modernist glass and steel wings on the other side of the building. In recognition of this, the museum was designated as a New York City Landmark in 1967, and a National Historic Landmark in 1986.