The house at 305 State Street in Springfield, around 1938-1939. Image courtesy of the Springfield Preservation Trust. 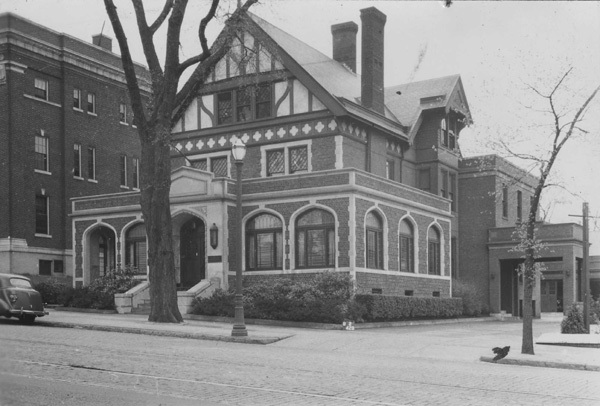 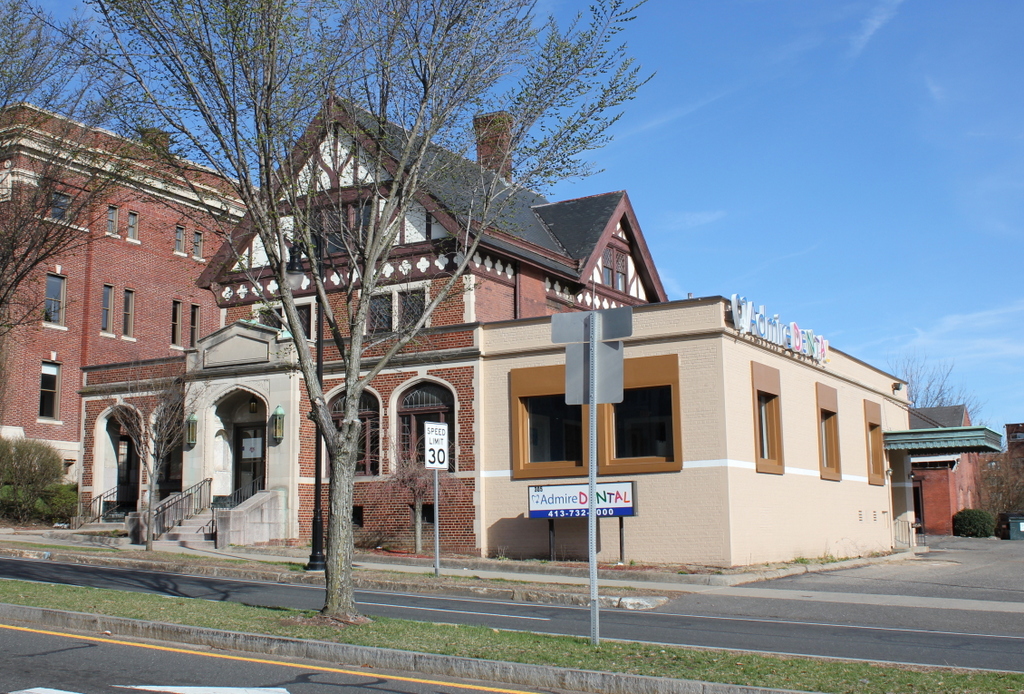 It is difficult to determine exactly when this house was built. There is a building here on this site as early as the 1835 map of Springfield, but it was unlikely to have been this on. Based on its architectural features, the current building probably dates to around the 1880s, with later Tudor Revival-style details added to the front facade around the early 20th century. It has grown in size too, as the wings on the front and rear of the building in the first photo are also not original.

As early as 1870, this property was owned by Timothy M. Walker, a prominent oil and paint merchant. He lived next door to here, in a house that once stood at the corner of State and Spring Streets, but he owned a significant amount of real estate, which was valued at $200,000 in the 1870 census, or over $4 million today. This particular house at 305 State Street was likely built sometime around 1882, when Timothy’s son William B. Walker married Florence L. Jenks and moved into the house.

Along with his father and his brother Edward, William was involved in the family business, which was located on Market Street, on the present-day site of the MassMutual Center. In addition, he served for a term on the city council in 1881, and he was a director of the Chicopee National Bank. Both his father and brother died in the early 20th century, leaving William as the sole owner of the company, until his own death in 1911 at the age of 62. Throughout this time, William and Florence lived here in this house. They had no children, and the only other residents here in this house in both the 1900 and 1910 censuses were two servants.

After William’s death, Florence moved to a house on Maple Street, and this property was sold to the Dickinson-Streeter Company, undertakers who were previously located down the street from here at 190 State Street. Its origins dated back to 1861, with the formation of Pomeroy & Fiske. It was subsequently acquired by Elijah W. Dickinson, with his son Francke W. Dickinson later joining the firm. Then, in 1910 Francke formed a partnership with George W. Streeter, and a year later they purchased the former Walker residence and converted it into their new funeral home.

At the time, it was common for funerals to be held in private homes; for example, William Walker’s funeral was here at his house, officiated by the Reverend Augustus P. Reccord of the Church of the Unity. Dickinson-Streeter recognized the demand for a home-like funeral parlor, and this large house served their purpose well. Although such funeral homes would later become common, they were rare at the time, with a 1911 Springfield Republican article describing it as “a modern mortuary establishment of a style hitherto unknown in this vicinity.”

Dickinson-Streeter aimed to keep the house relatively unaltered on both the interior and exterior, although at some point in the early 20th century the house underwent some changes, including the addition of a one-story wing at the front. The original Queen Anne-style exterior was also altered around the same time, giving the front of the house a Tudor Revival appearance.

In 1919, George Streeter purchased Francke Dickinson’s half of the partnership, and Dickinson died three years later. However, Streeter retained the Dickinson-Streeter name, and he was still running the funeral home when the first photo was taken in the late 1930s. He would ultimately outlive his former business partner by nearly half a century, before his own death in 1968 at the age of 94.

The funeral home remained in business here throughout the 20th century. During this time, the building did see some changes, including an addition on the right side. The gable on the right side of the original house has also changed since the first photo was taken, but overall the building is still easily recognizable from its 1930s appearance. Dickinson-Streeter ultimately closed at some point around 2013, more than a century after its founders had moved here, and the building is now used as offices, as shown in the present-day view.