The Harry Elkins Widener Memorial Library at Harvard University in Cambridge, around 1914-1915. Image courtesy of the Library of Congress, Detroit Publishing Company Collection. 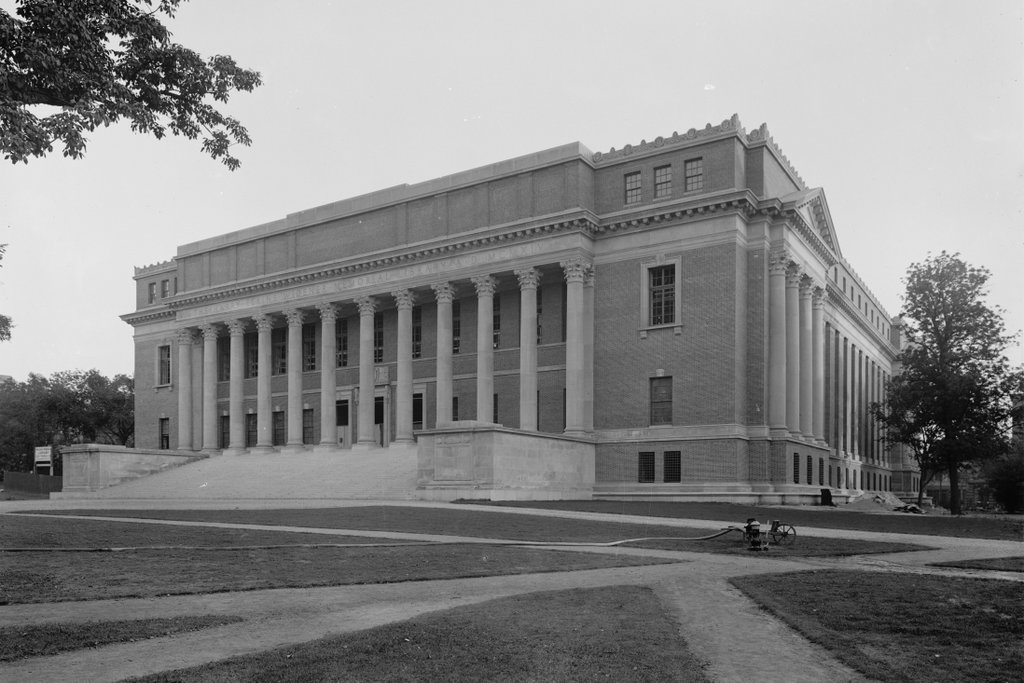 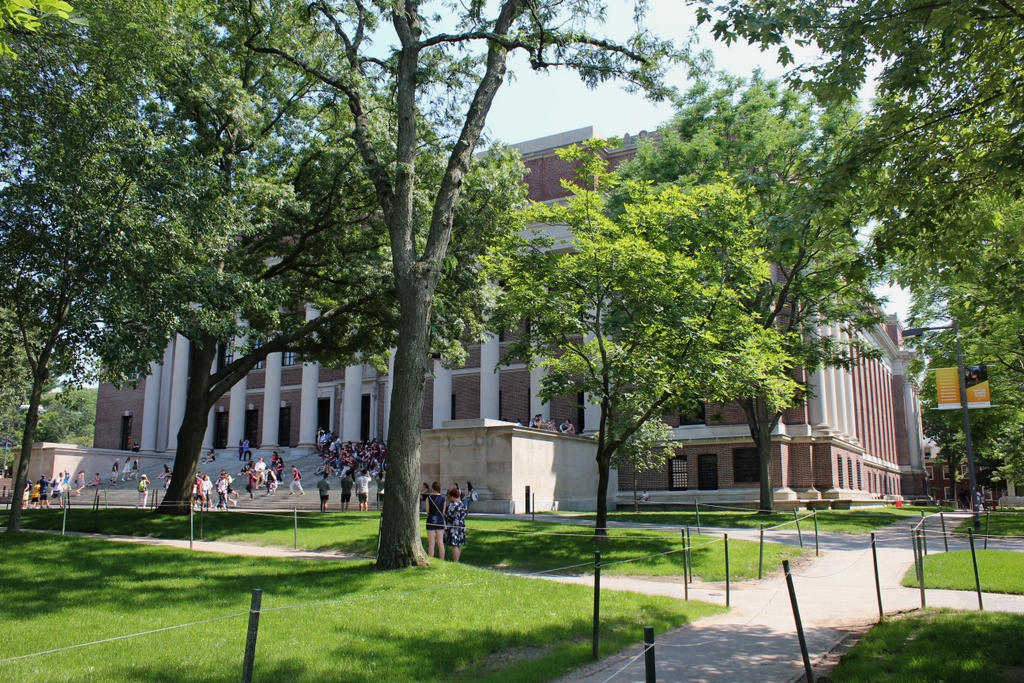 As discussed in the previous post, Harvard’s first purpose-built library was Gore Hall, which opened here on this site in 1841. Although architecturally-impressive, this Gothic Revival building proved too small for the school’s growing collections of books. It was expanded several different times in the late 19th and early 20th centuries, but it was ultimately demolished in 1913 to build the Widener Library, which is shown here in these two photos.

The construction of the Widener Library actually came as a result of the sinking of the Titanic in 1912. Among the ship’s passengers were wealthy businessman George Dunton Widener, his wife Eleanor, and their son Harry, who had graduated from Harvard five years earlier. Both George and Harry died in the sinking, but Eleanor survived and soon began planning an appropriate memorial for her late son.

In his will, Harry had asked that his rare book collection be donated to the school. However, his mother went far beyond that, and instead of simply giving his books to the existing library, she built an entirely new library for all of the school’s books. Eleanor Widener was closely involved with the details of the building, including choosing its architect, Horace Trumbauer, and she likely spent around $3.5 million on its construction.

Work on the new library began after the demolition of Gore Hall in 1913, and it was completed two years later with a dedication ceremony on June 24, 1915. The first photo was apparently taken before this, probably in 1914 or 1915. The exterior of the building was essentially complete by this point, but the interior was likely still under construction, as indicated by the pile of debris on the right side, and the “Geo. F. Payne & Co. Builders” sign on the far left.

When it opened, the library had more than 50 miles of shelves, and a total capacity of over 3 million books. Even this would not be enough for the school’s ever-growing collection. By mid century its holdings were doubling approximately every 17 years, leading to the opening of new libraries around campus that specialized in particular fields. Then, in the 1980s the school constructed the Harvard Depository in Southborough, allowing for off-campus storage of library materials.

Throughout this time, the exterior of the Widener Library has remained essentially unchanged in more than a century since the first photo was taken, and it remains the central library at Harvard. Perhaps its single most famous work here is one of only 23 known complete copies of the Gutenberg Bible, the first book to be printed on a printing press. Like the library building itself, this Bible was a gift of the Widener family, who donated it to Harvard in 1944. However, it is only one of around 3.5 million books that are housed here in the Widener, making it one of the largest libraries in the world, and the largest university library.