Gore Hall at Harvard University in Cambridge, around 1905. Image courtesy of the Library of Congress. 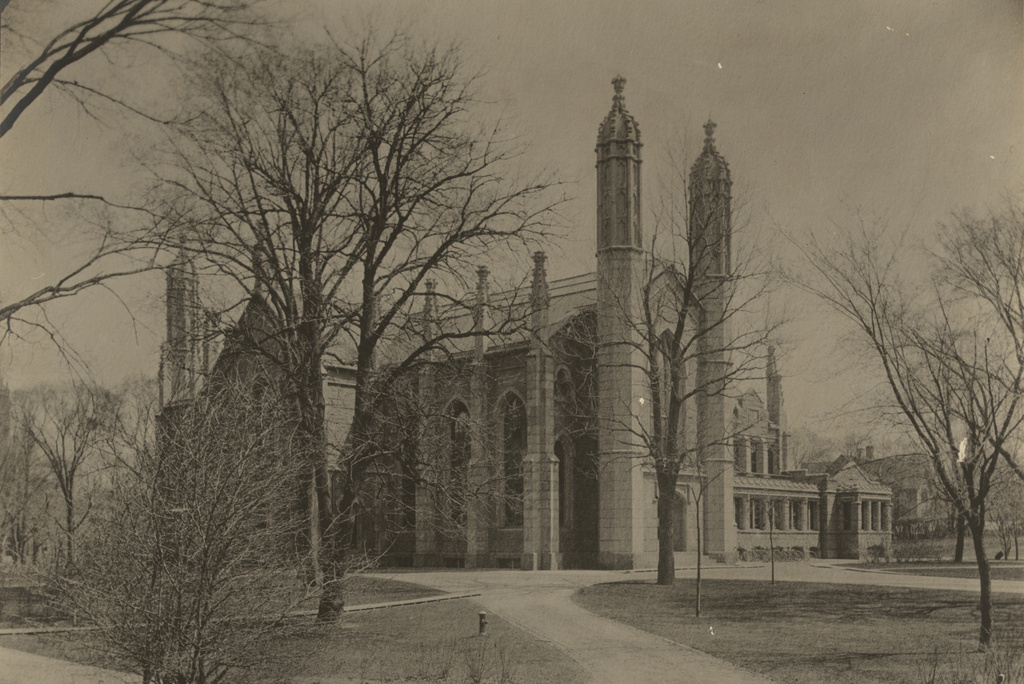 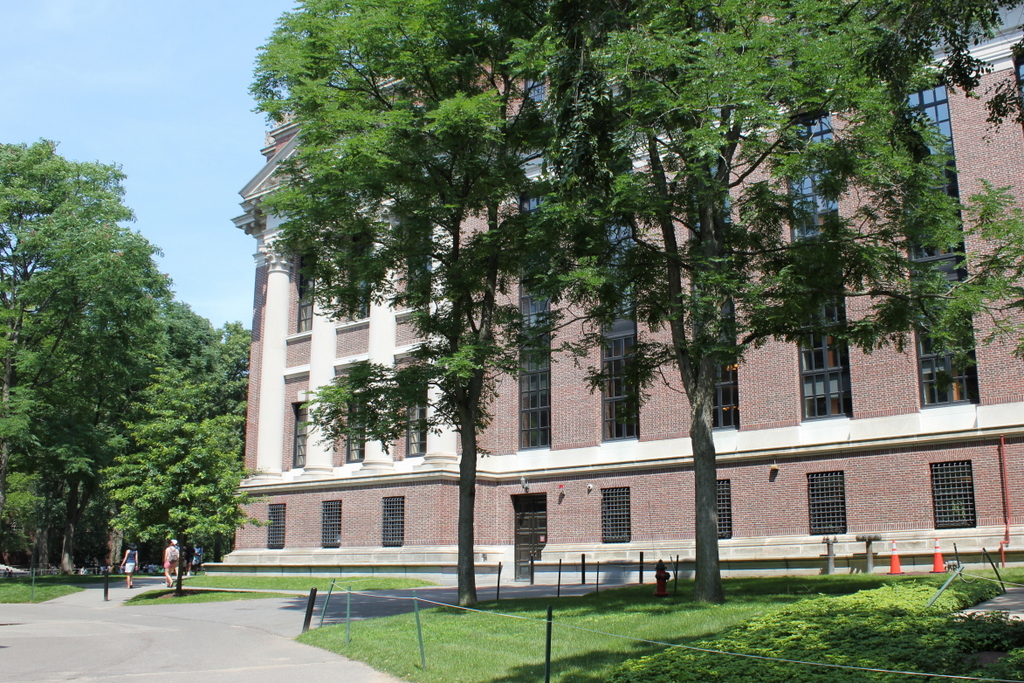 Gore Hall was constructed between 1838 and 1841 as the first purpose-built library building on the Harvard campus. The Gothic Revival-style exterior was constructed of Quincy granite, and it was designed by noted architect Richard Bond, who drew inspiration from King’s College Chapel at Cambridge University. The building was named for Christopher Gore, a 1776 Harvard graduate who went on to serve as a U. S. senator and governor of Massachusetts. He died in 1827 and left a substantial amount of money to the school, some of which was used to build this library.

Upon completion, the new library housed about 41,000 books, and the size of the building seemed adequate for future growth of its collections. However, within about 50 years the library had outgrown this space. A new addition was constructed on the east side of the original structure in 1877, and it is visible in the distance on the right side of the first photo. This expanded the building’s capacity by about 250,000 books, but even this was not enough, and in 1895 the ornate interior was largely gutted to add space for another quarter million books.

The first photo was taken around the turn of the 20th century, not long after this renovation took place. The library would be expanded one more time in 1907, but by this point its days were numbered. The building’s demise was ultimately hastened by, of all things, the sinking of the Titanic in 1912. Among the passengers lost in the disaster was businessman George Dunton Widener and his son, 27-year-old Harvard graduate Harry Elkins Widener. Harry’s mother, Eleanor Elkins Widener, survived the sinking, an she subsequently donated money to Harvard in order to construct a new library in memory of her son.

Gore Hall was ultimately demolished in 1913, in order to make room for the Harry Elkins Widener Memorial Library, which was completed in 1915. This building is still standing here today, where it serves as the main library of Harvard University. In this scene, there are no visible remnants from the first photo, although some parts of Gore Hall were repurposed or preserved. The granite blocks of the old building were used for the foundations of the Widener steps, and several of the ornate pinnacles still survive, including two here at Harvard.