The Wadsworth House on Massachusetts Avenue in Cambridge, around 1904. Image courtesy of the Library of Congress, Detroit Publishing Company Collection. 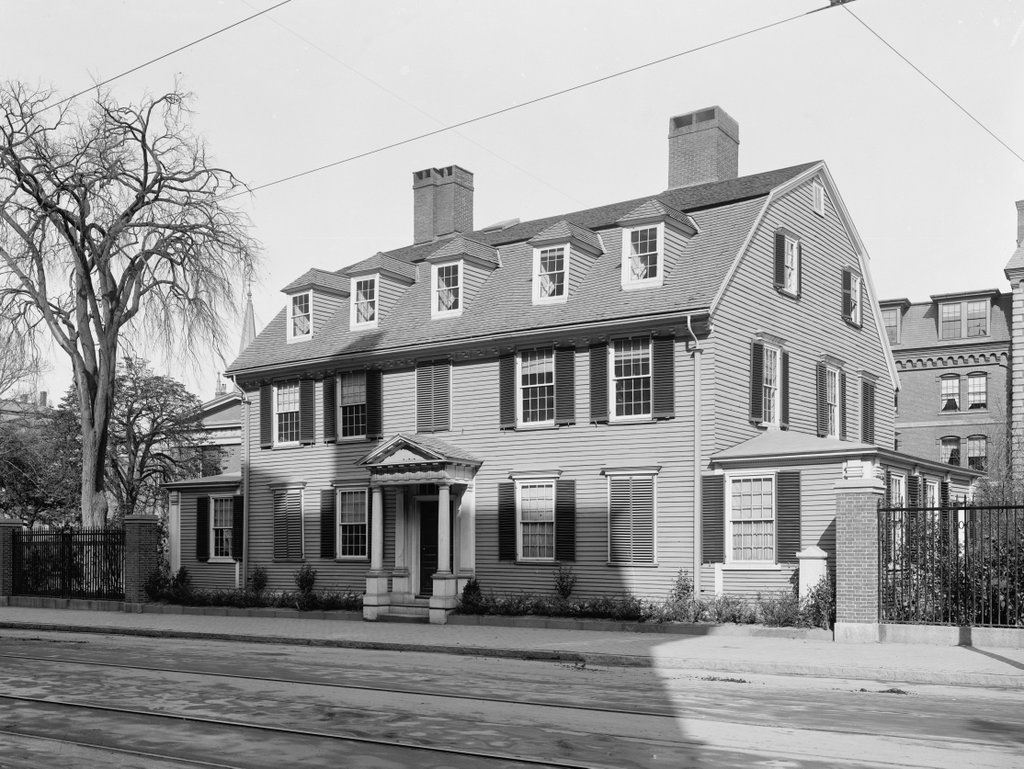 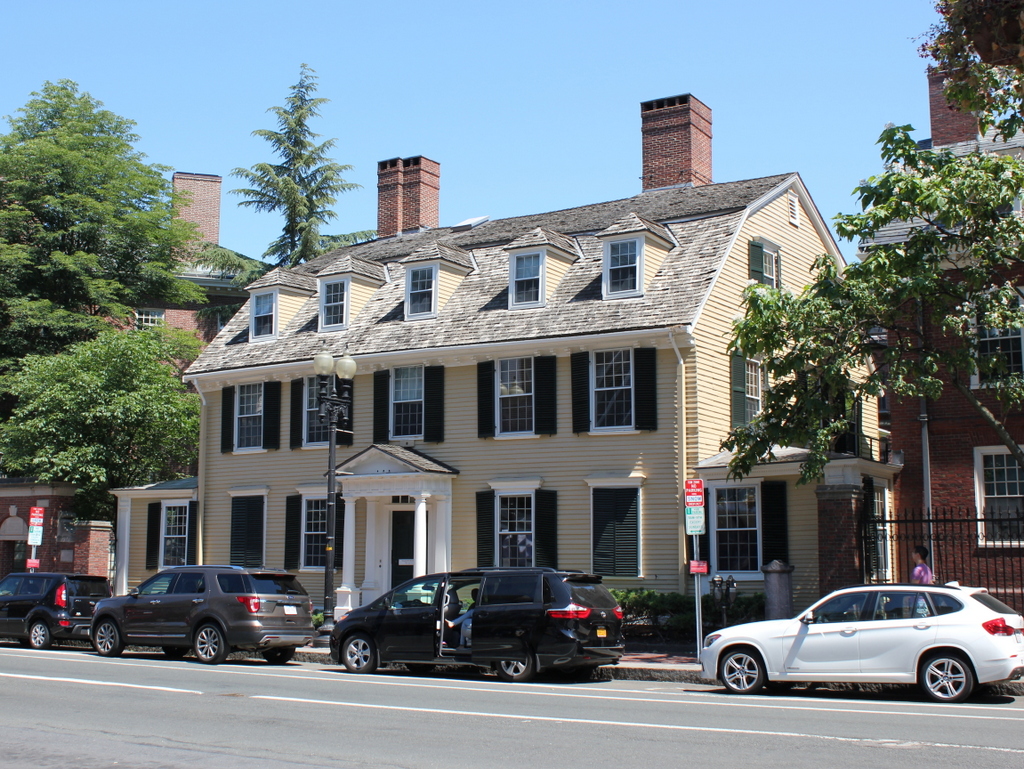 The Wadsworth House is the second-oldest building at Harvard, after the nearby Massachusetts Hall. It was built in 1726 for college president Benjamin Wadsworth, who lived here until his death in 1737. For over a century, eight additional Harvard presidents lived here, with the last being Edward Everett, who was president here from 1846 to 1849, in the midst of a lengthy political career that included serving as a Congressman, Governor of Massachusetts, Ambassador to the United Kingdom, US Senator, and US Secretary of State. However, the most prominent resident of this house was George Washington. It served as his first headquarters when he arrived in Cambridge to take command of the Continental Army in July 1775, and he stayed here for two weeks before moving into the John Vassall House on Brattle Street.

Although no longer the home of the Harvard president, the Wadsworth House is still part of the campus and is used for offices. Over the years there have been some additions to the side and back, but overall the nearly 300 year old building remains an excellent example of early 18th century Georgian architecture.

Looking west toward Harvard Square on Massachusetts Avenue in Cambridge, around 1906. Image courtesy of the Library of Congress, Detroit Publishing Company Collection. 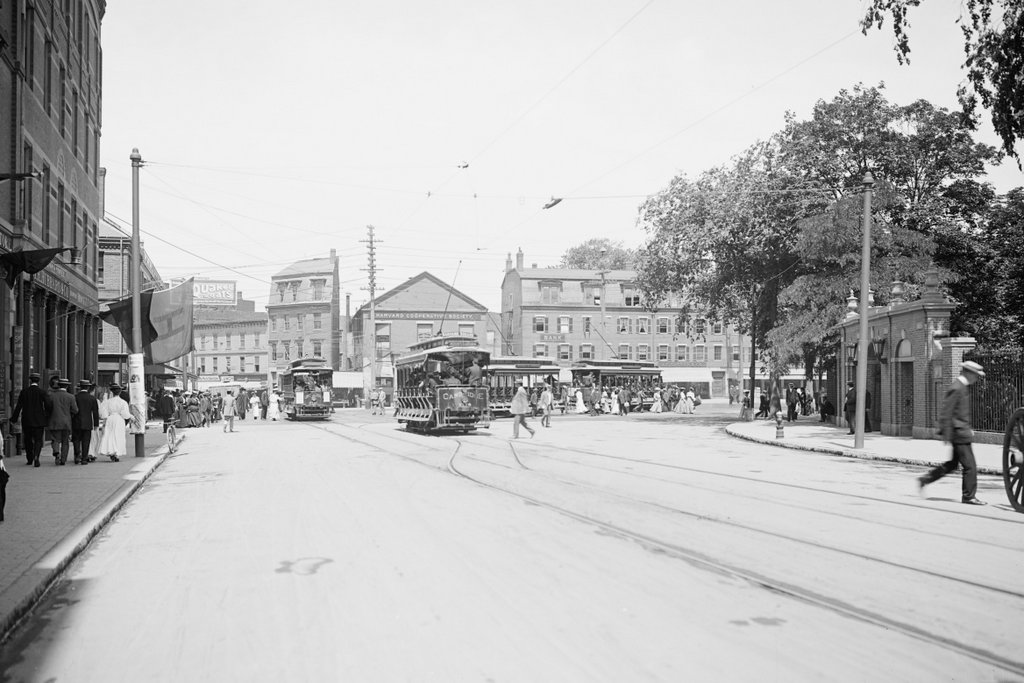 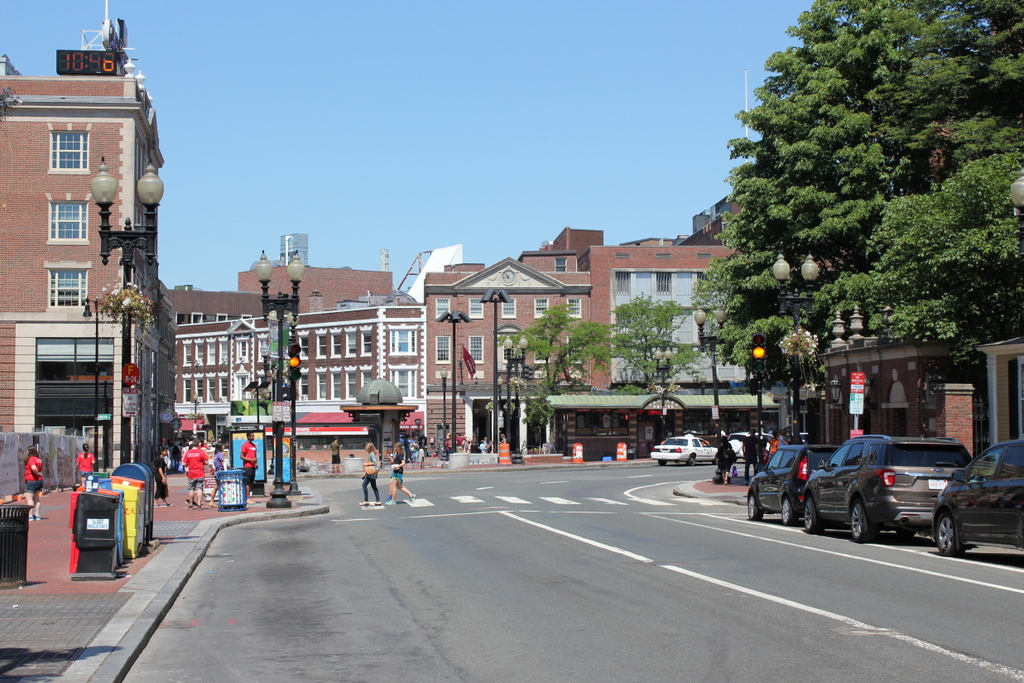 The first photo was taken only a few years before the Red Line opened. At the time, people traveling from Cambridge to Boston had to use the streetcars, as shown here. In the distance on the left side of the photo, passengers are boarding a trolley whose destination is “Subway Park Street,” and the trolley to the right of it is presumably heading outbound from Park Street, on the way to its destination at Mount Auburn. This route was replaced in 1912 by the much faster Red Line subway, which originally ran from Park Street to here at Harvard Square, and a station entrance was built in the middle of the square. The station also included a streetcar tunnel that allowed passengers to easily transfer between the subway and the trolleys; this tunnel was later modified for buses and is still in use as the Harvard Bus Tunnel.

As for the buildings at Harvard Square, very little is left from the turn of the century. None of the buildings in the first photo have survived, with most being demolished in the early 20th century to build the current Colonial Revival buildings. Most of the businesses themselves are long gone, except for the Harvard Cooperative Society. Originally located in the Greek Revival-style building in the center of the photo, this bookstore was founded in 1882 as a cooperative for Harvard students. Now commonly known as The Coop, the bookstore is still in operation in a different building on the same spot, and serves students at both Harvard and MIT. Otherwise, the only landmark remaining from the first photo is the gate on the far right side, which connects the square to Harvard Yard. 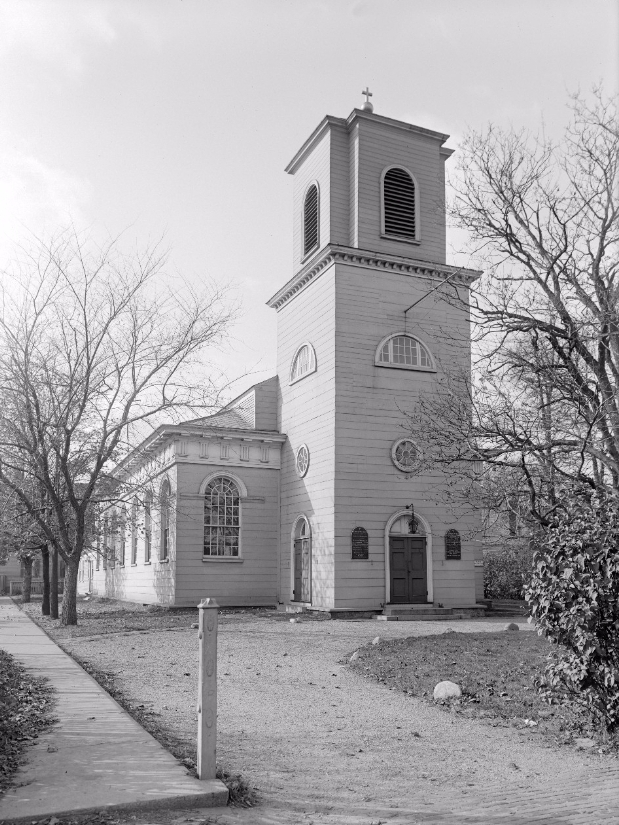 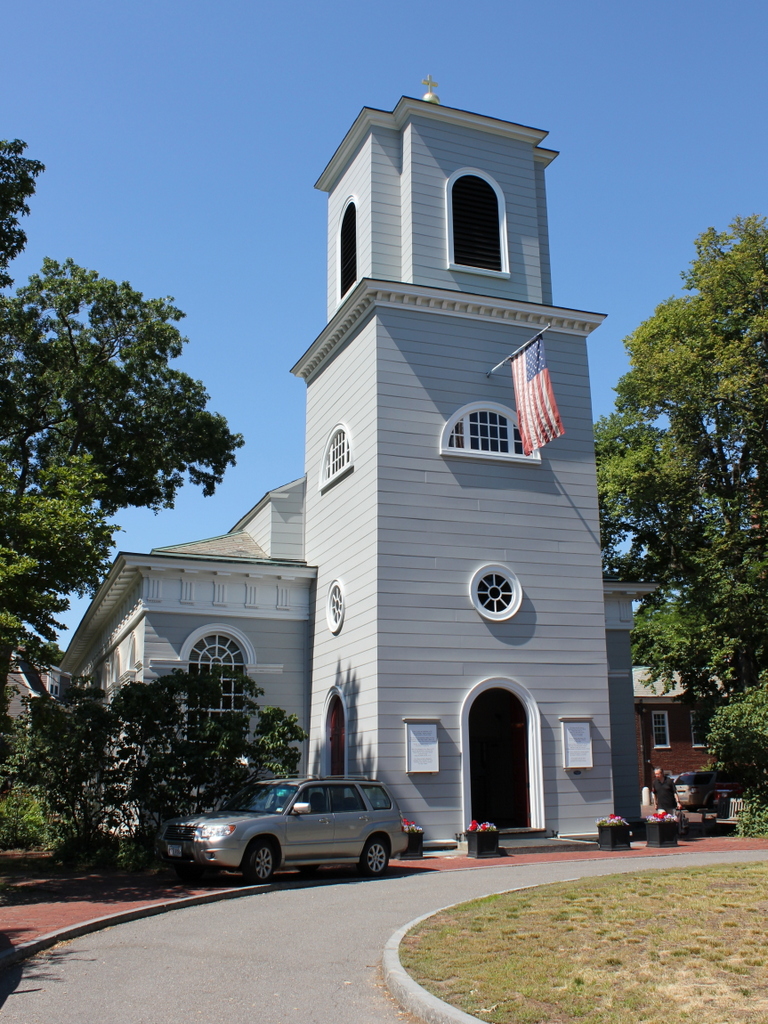 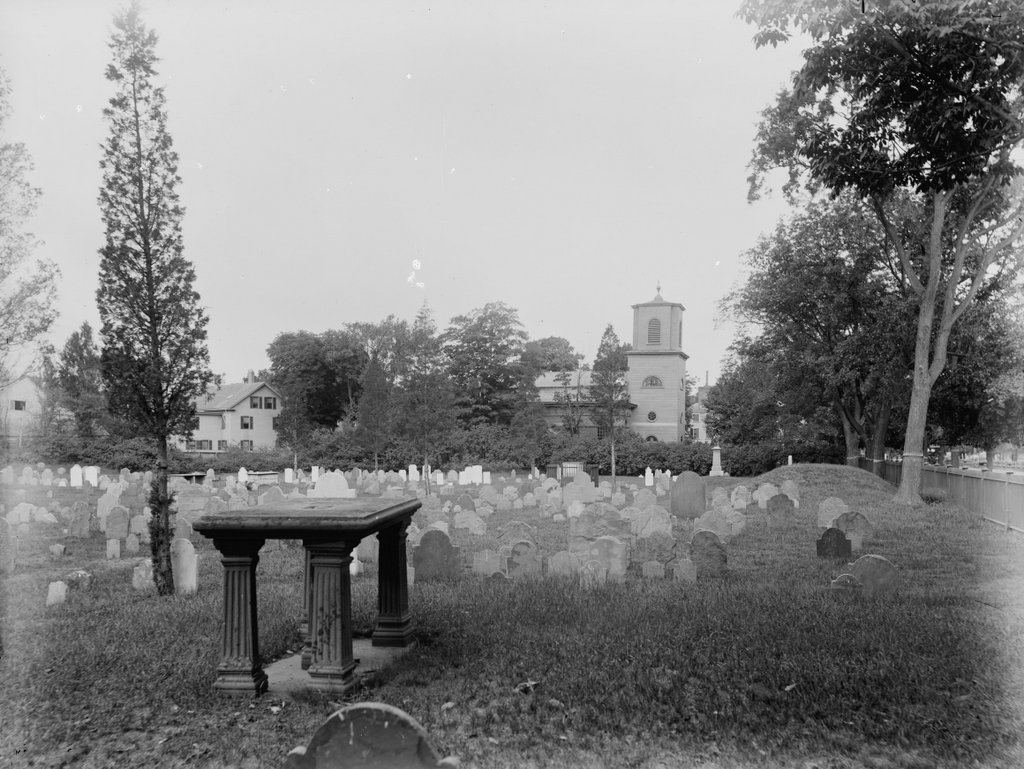 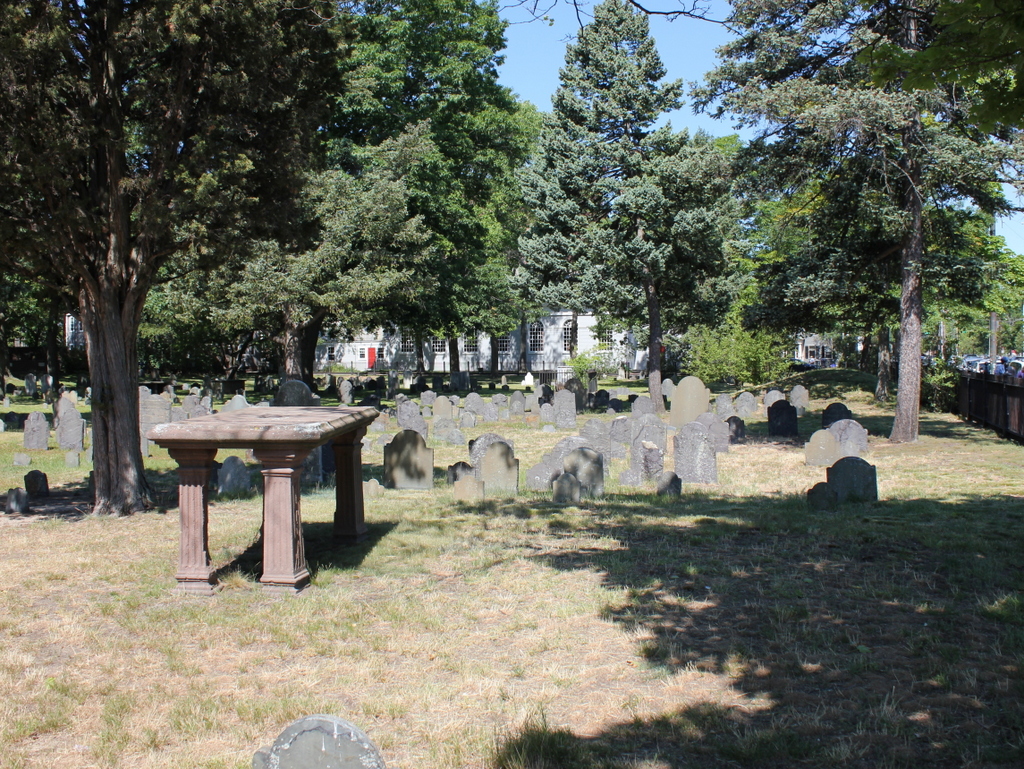 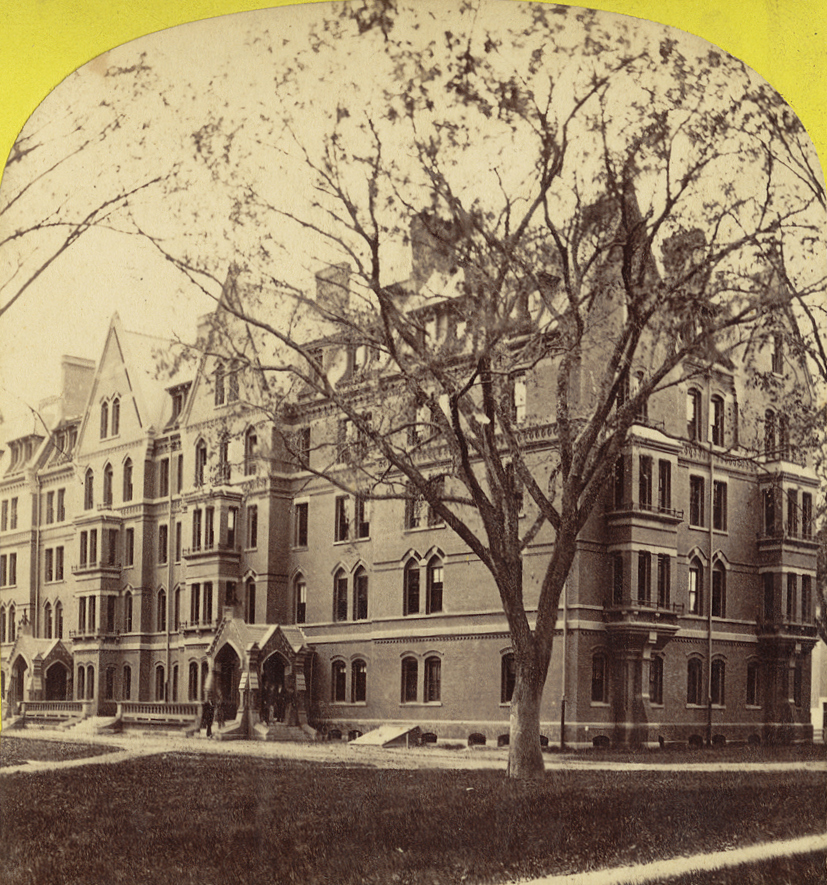 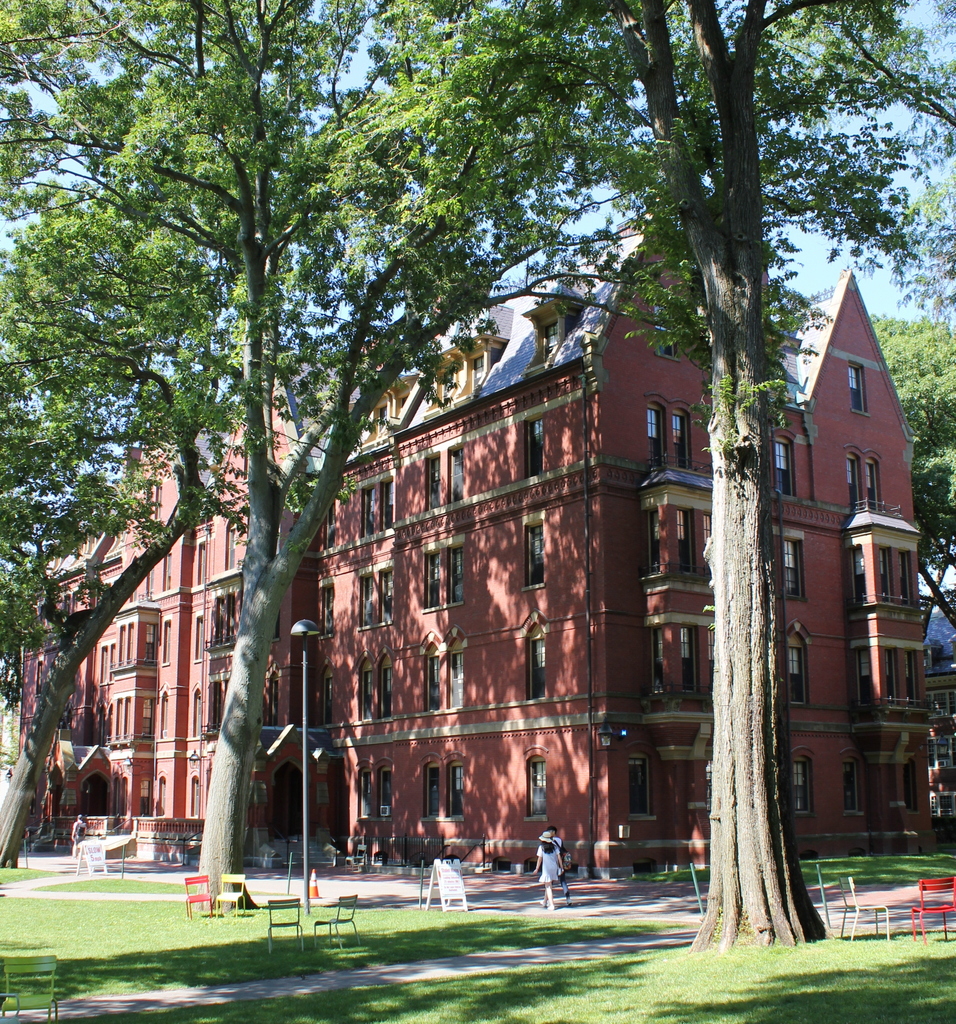 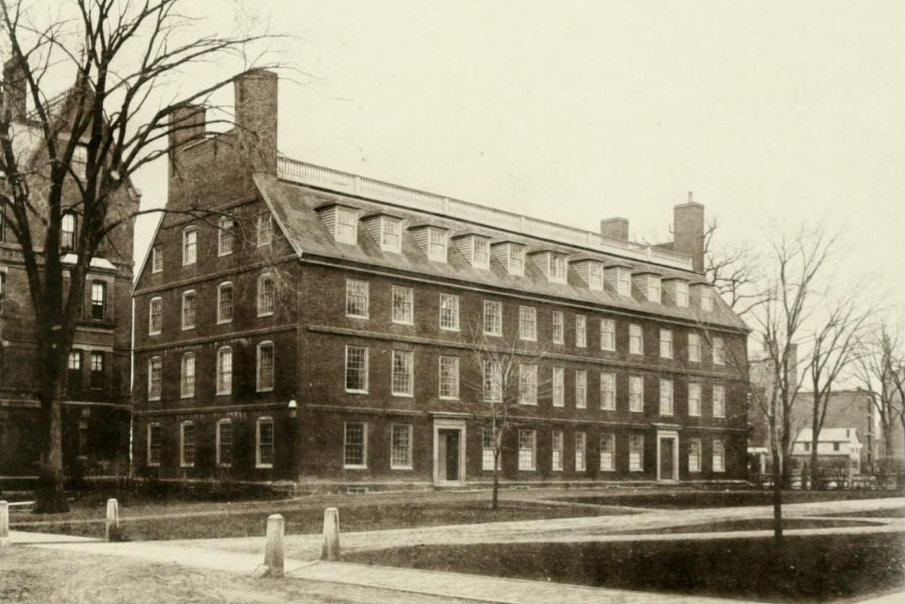 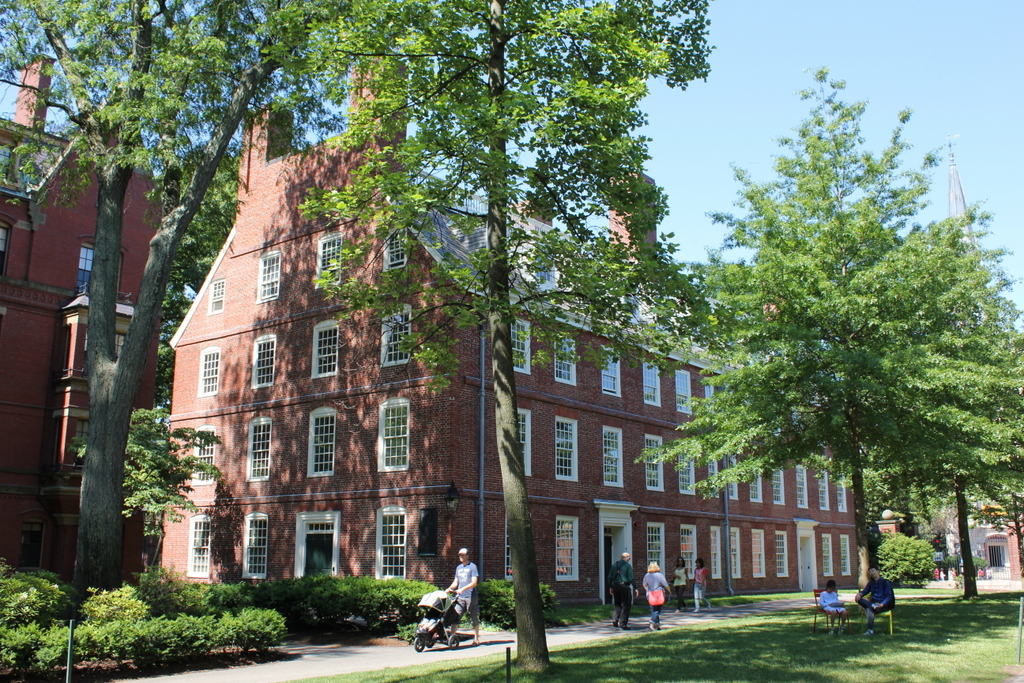