Stetson Hardware at 162-164 Boston Road in Springfield, on October 12, 1938. Image courtesy of the Springfield Building Department. 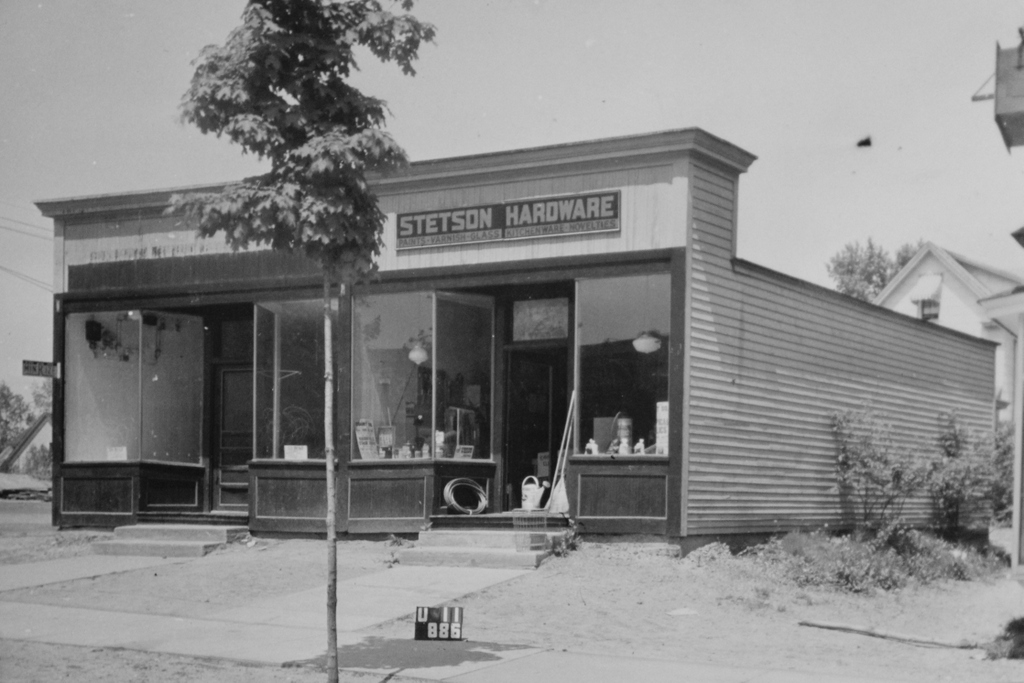 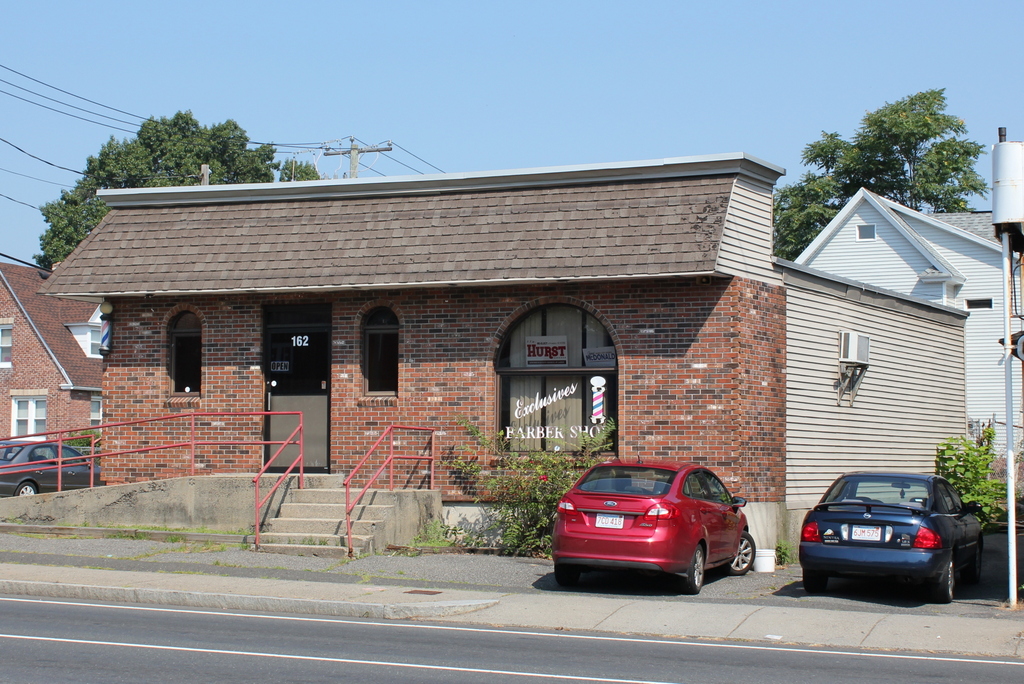 This building was constructed around 1919, at the corner of Boston Road and Jasper Street in Springfield’s Pine Point neighborhood. At the time, Pine Point was in the process of being developed as a residential suburb, and this section of Boston Road was becoming its main commercial center. This was among the first commercial buildings in this area, and it was built of wood, unlike the brick ones that would be built across the street from here in the 1920s and 1930s.

The building originally consisted of two separate storefronts, with the one on the left at 162 Boston Road, and the one on the right at 164 Boston Road. In the fall of 1938, when the first photo was taken, the storefront on the left was vacant and available for rent, as indicated by the signs in the windows. On the right side, this storefront was occupied by Stetson Hardware, which was owned by Louis C. Stetson. During the early 1930s he had worked as a shipping clerk, but around 1936 he went into business for himself, with a hardware store on Orange Street. He moved his store here to Boston Road around 1937, and according to the sign in the photo he sold paints, varnish, glass, kitchenware, and novelties. However, his business evidently did not last, because it last appears in city directories in 1940, and by 1941 he was listed as working in a warehouse in West Springfield.

By the late 1940s, Stetson’s former store had become A. C. Winckel, a paint store owned by Adam C. Winckel. He died in 1951 at the age of 48, but his widow Ada carried on the business for many years, until at least the mid-1960s. Then, at some point in the second half of the 20th century, the building was heavily altered with a new front facade, along with vinyl siding on the rest of the exterior. Overall, though, it is still recognizable from the first photo, and it stands as one of the oldest surviving commercial buildings in Pine Point.