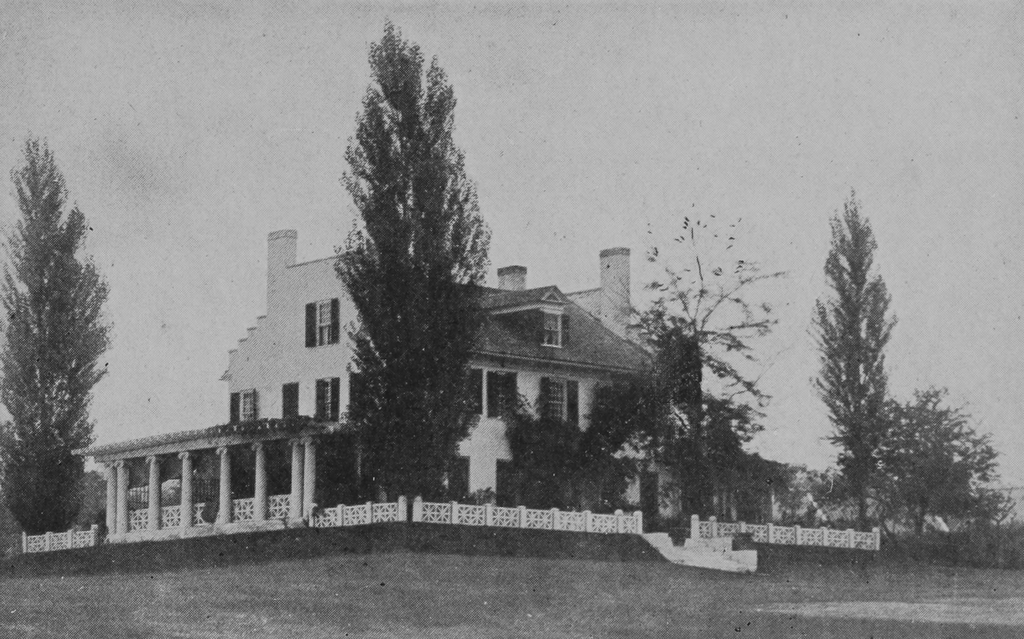 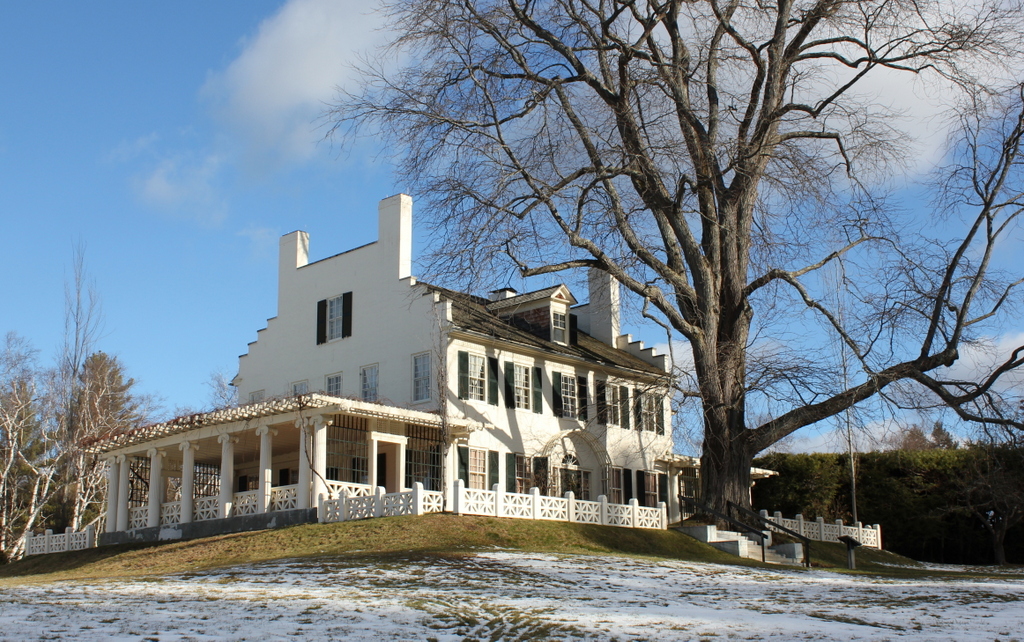 As explained in more detail in the previous post, this house was the home of sculptor Augustus Saint-Gaudens, who used it as a summer home starting in 1885, and as his full-time residence from 1900 until his death in 1907. The house itself is far older, dating back to the early 19th century, but Saint-Gaudens made substantial improvements to both the house and the grounds. Here in this scene, this included piazzas on both sides of the house, a dormer window above the front door, and stepped parapets next to the chimneys. He also planted Lombardy poplars at the corners of the house, and a honey locust to the right of the front steps.

The first photo was probably taken soon after Saint-Gaudens’s death, and it was published in his biography in 1913, which was written by his son Homer. In 1919, his widow Augusta established the Augustus Saint-Gaudens Memorial, and two years later she transferred the property to this organization, which preserved the house and grounds. Then, in 1964 the site became the Saint-Gaudens National Historical Park, and it was subsequently acquired by the National Park Service.

Today, more than a century after the first photo was taken, this scene has hardly changed, except for the loss of the Lombardy poplars. The exterior of the house still looks essentially the same as it did in the early 20th century, and even the honey locust is still here, although it has grown substantially larger than the house. The site is still run by the National Park Service, and it remains the only National Park System unit in the state of New Hampshire.