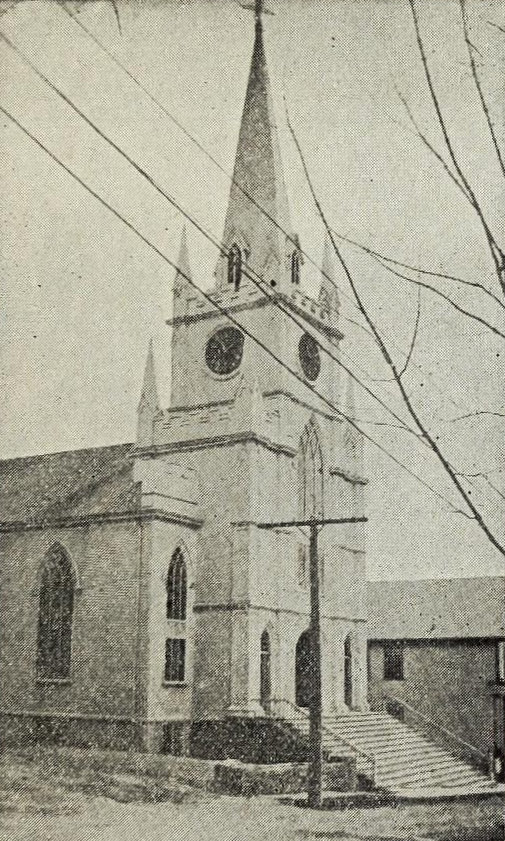 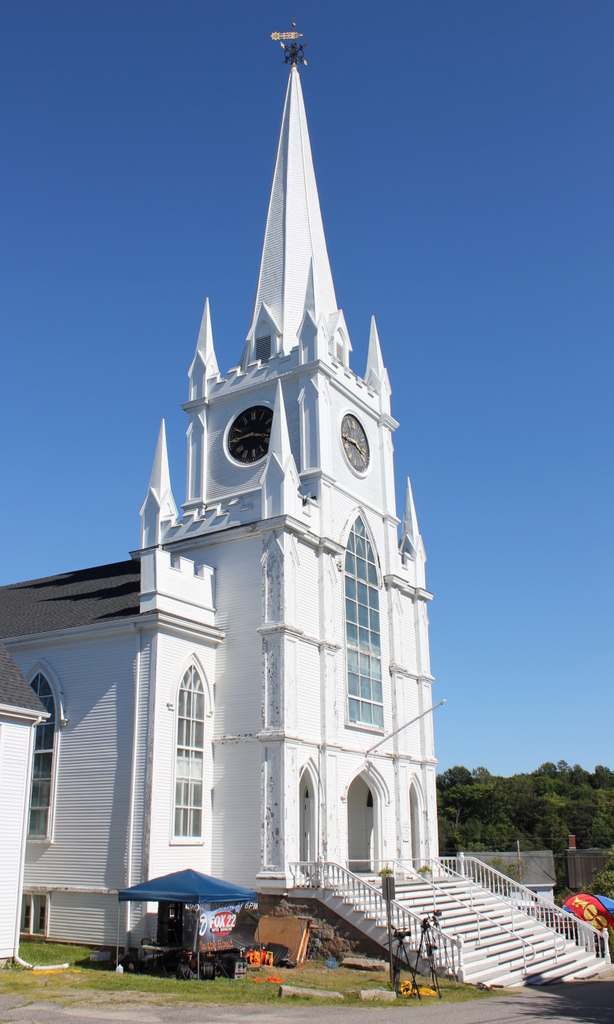 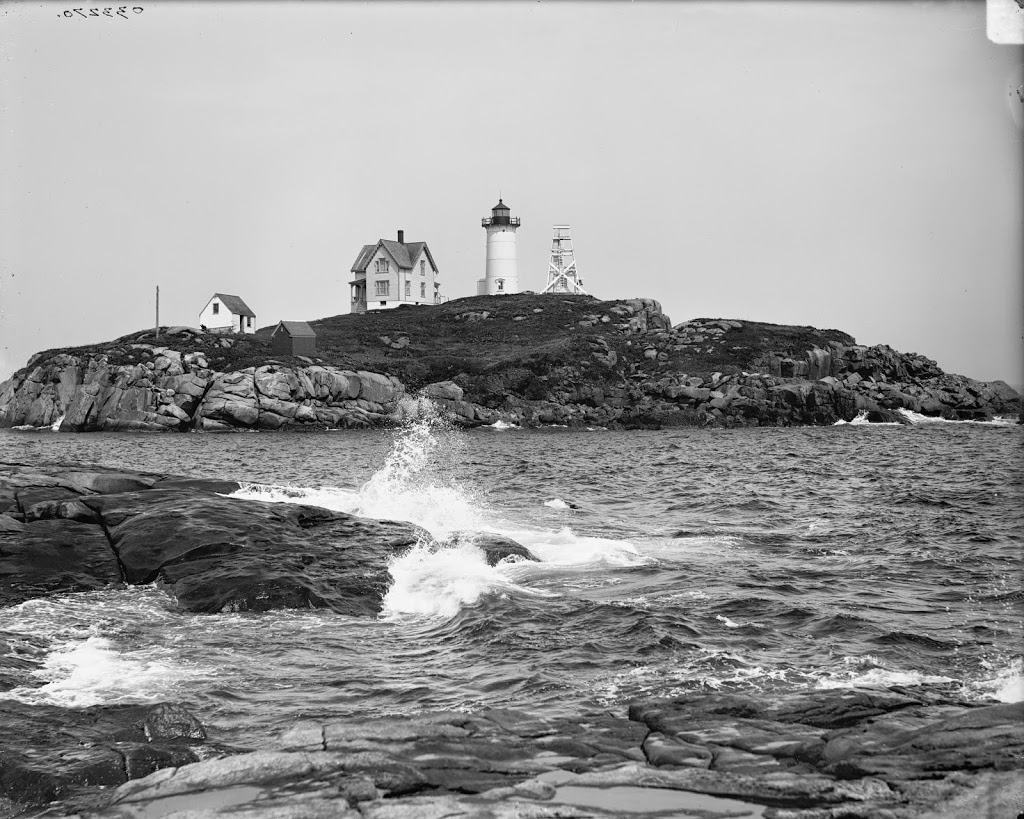 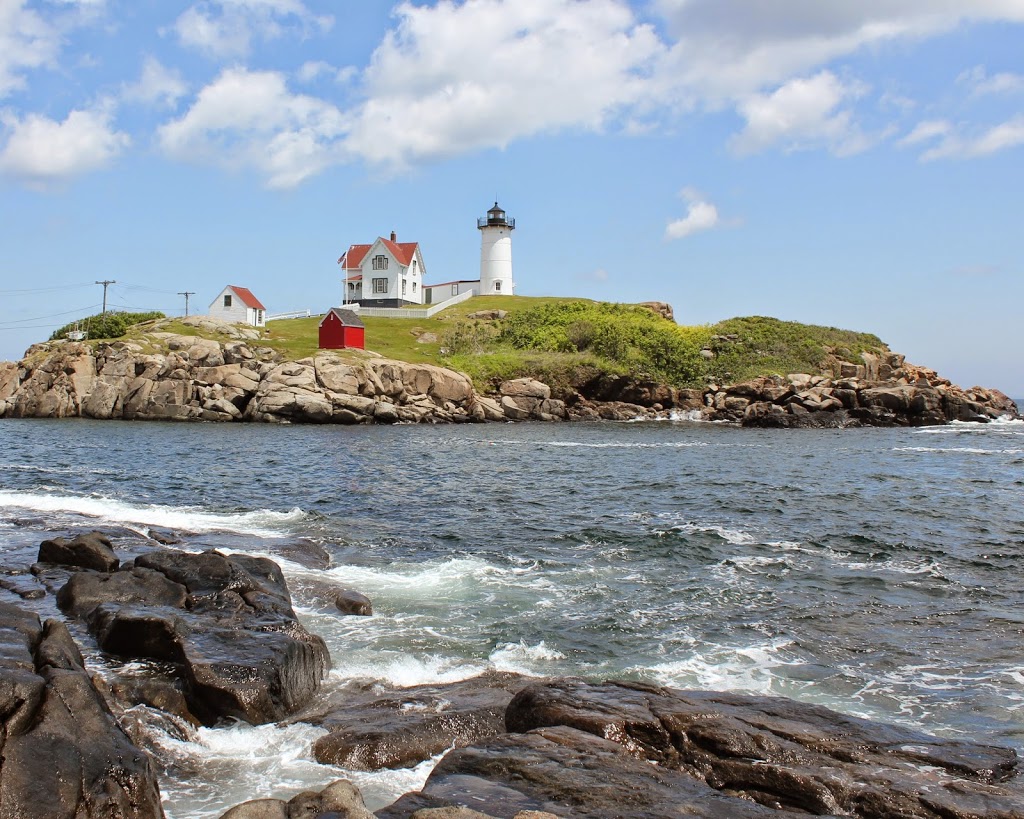 The view of Long Sands Beach in York, Maine, between 1900 and 1910. Image courtesy of the Library of Congress, Detroit Publishing Company Collection. 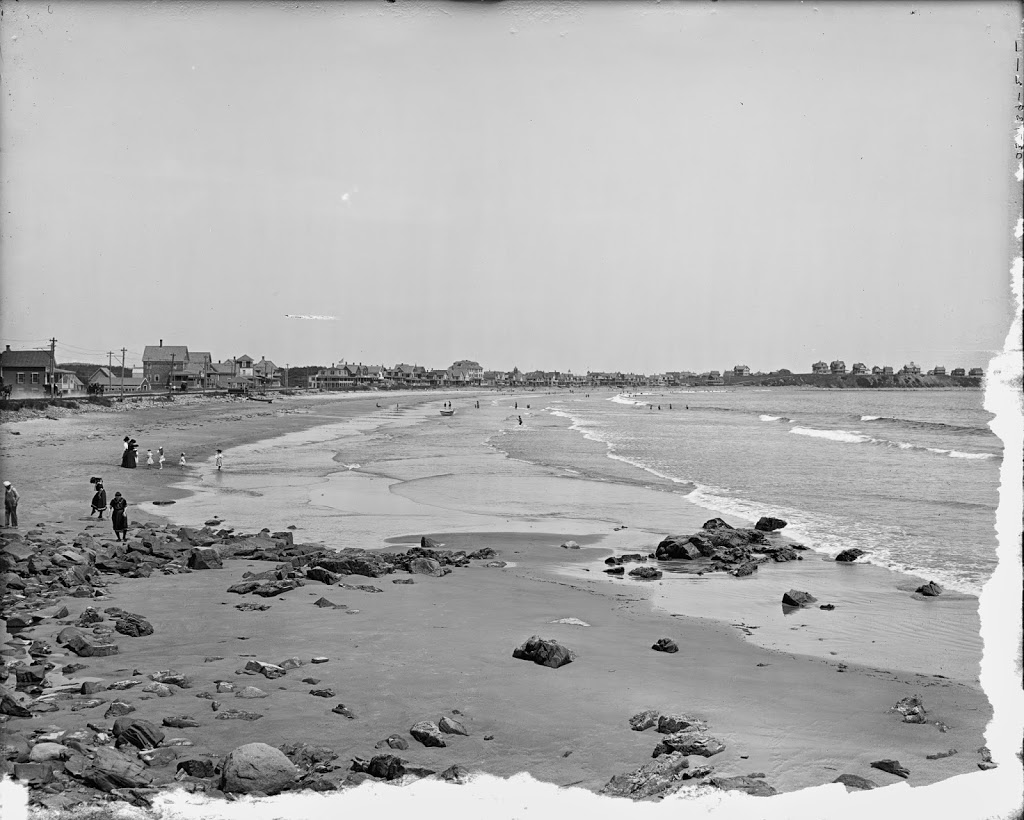 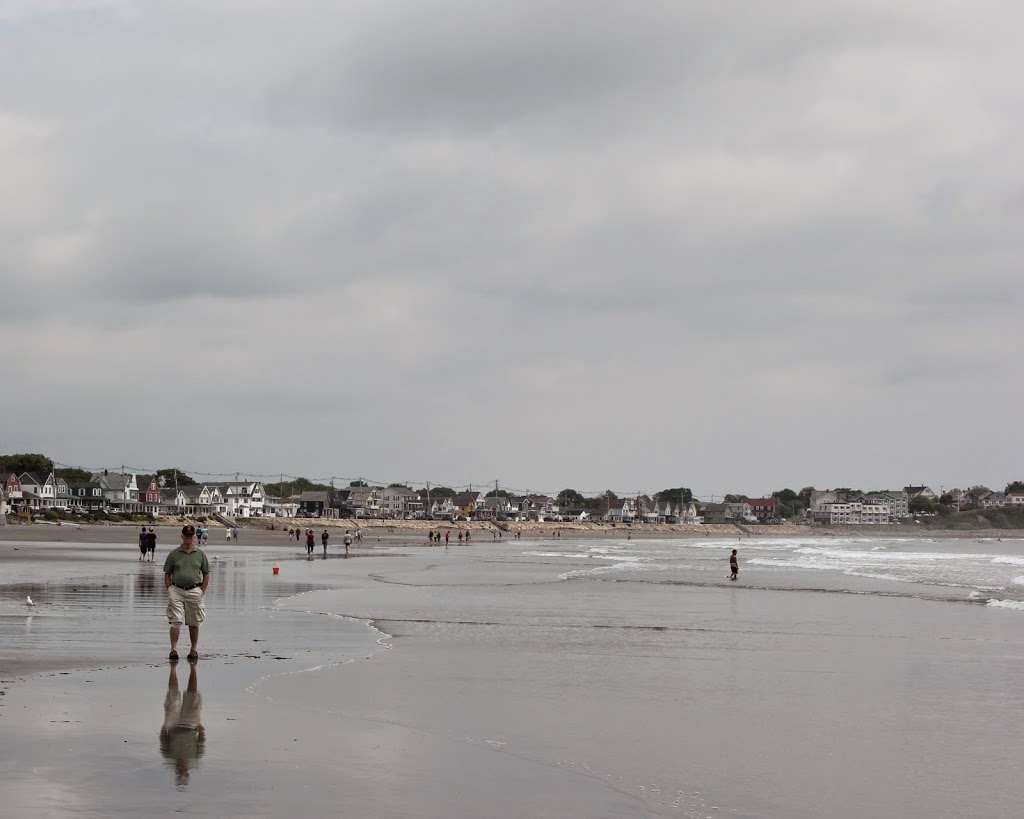 The landscape hasn’t changed much – not many of the present-day buildings are readily identifiable in the early 20th century photo, but in either case the style of buildings hasn’t changed much in the past 100 years.  A few buildings that definitely do still exist are the cottages on the bluff on the far right hand side of the old photo.  Although this area is outside the frame of the 2011 photo, other photos of the area show that those buildings are still there. 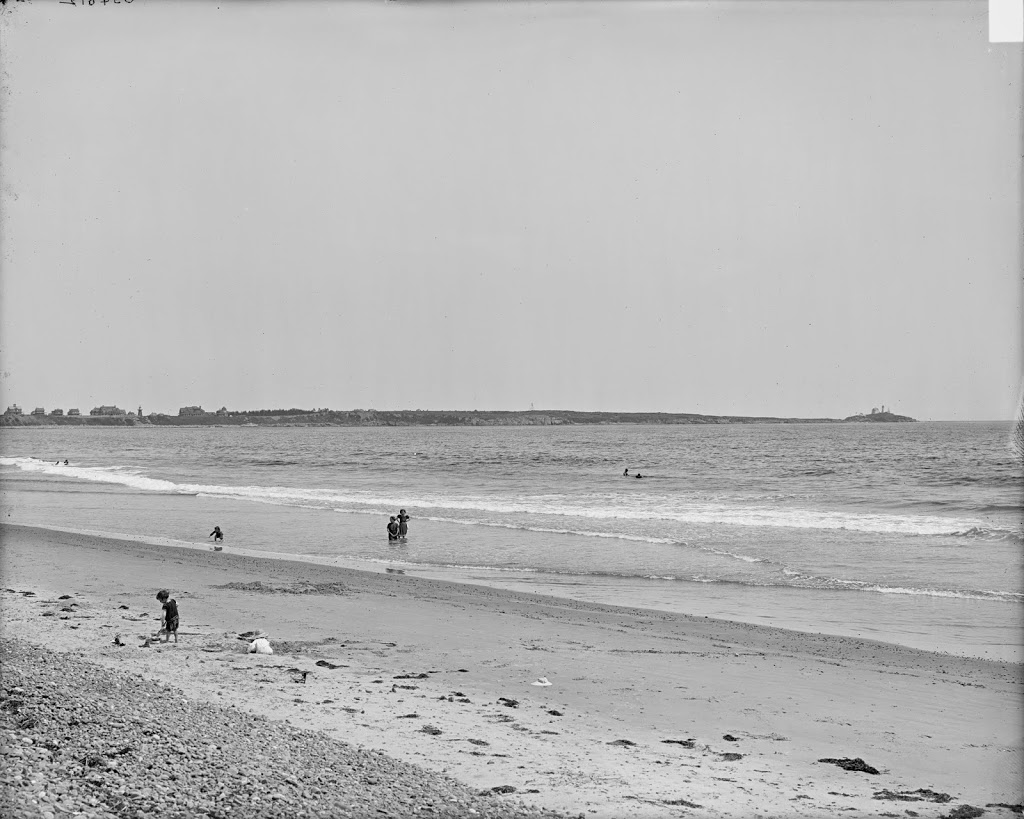 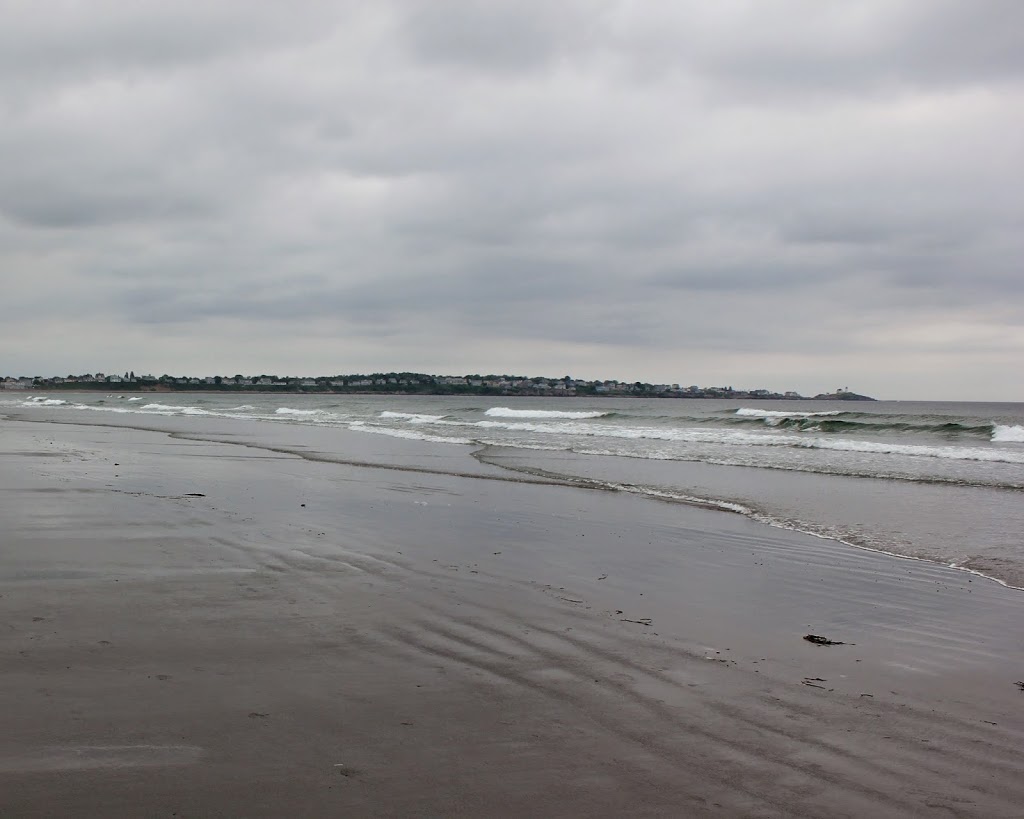