The First National Bank building, formerly the Ocean Bank, on the north side of Cannon Square in Stonington, in November 1940. Photo by Jack Delano, courtesy of the Library of Congress, FSA/OWI Collection. 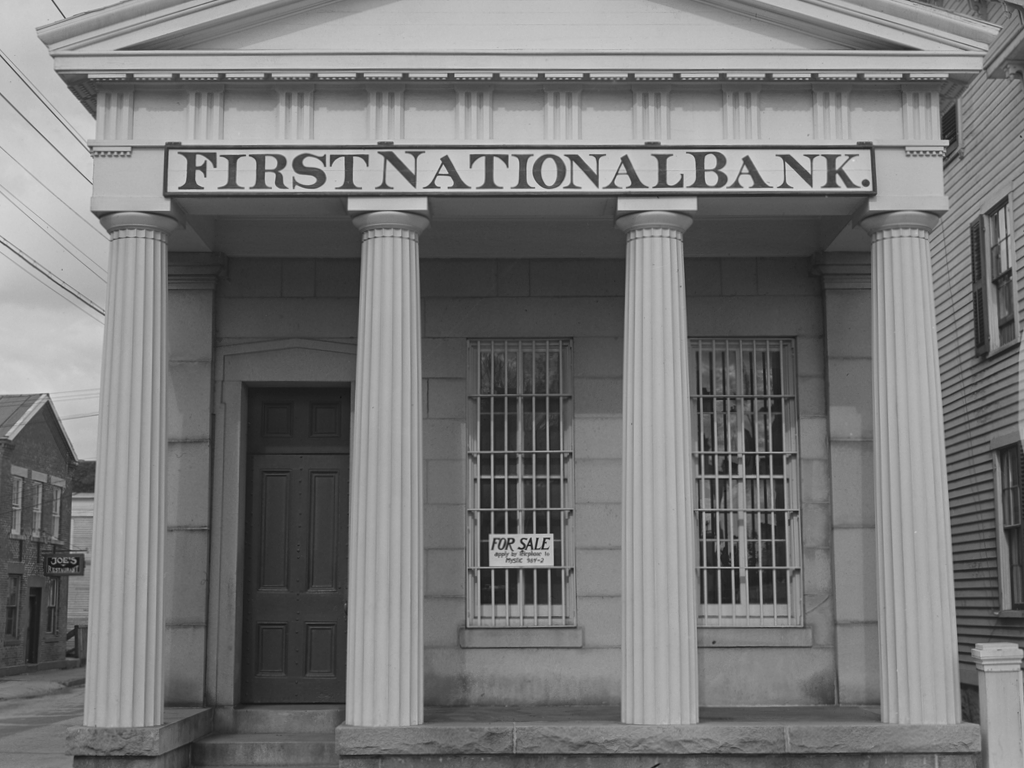 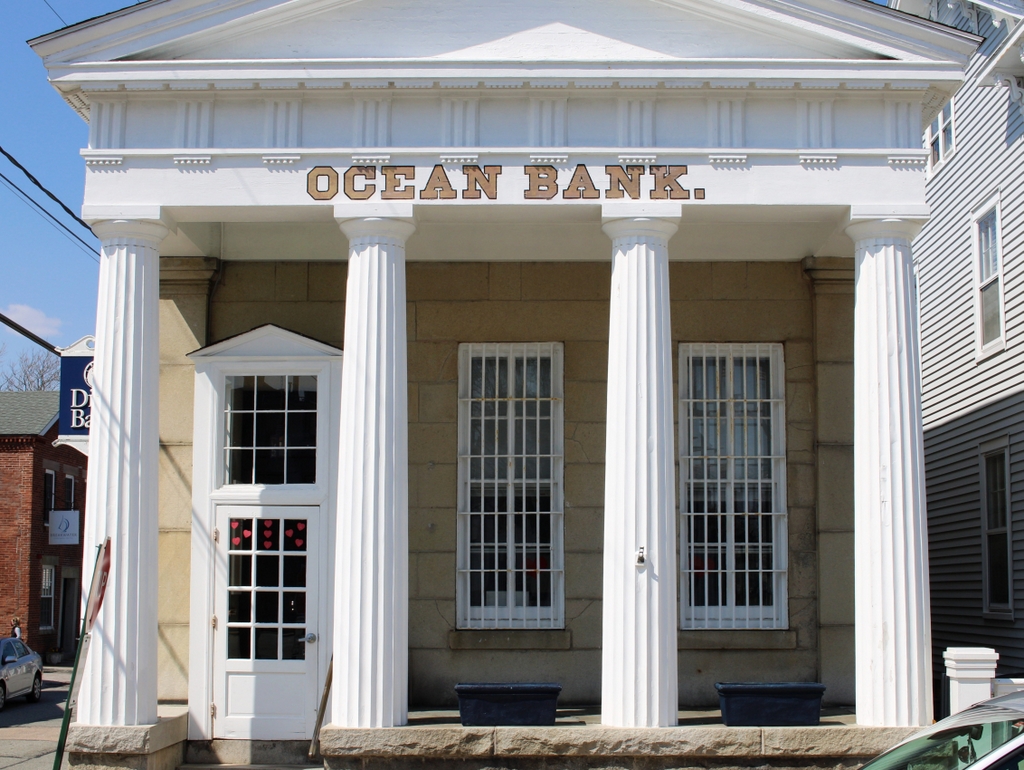 The first photo was taken in November 1940 by Jack Delano, a noted photographer who was employed by the Farm Security Administration in the late 1930s and early 1940s. In this capacity, he was part of a team of photographers who traveled around the country, documenting life in America during the Great Depression. He was in Connecticut during the fall of 1940, where he visited a number of cities and towns, including here in Stonington. His caption for this photo is simply, “A bank for sale in Stonington, Connecticut,” and he perhaps chose this subject as a way of representing the effects of the Depression on the once-prosperous whaling and fishing port.

Nearly a century before its demise in the Great Depression, the First National Bank of Stonington had its origins in 1851, with the incorporation of the Ocean Bank. This small Greek Revival bank building was constructed around this time, and the bank’s first president was Charles P. Williams, a former whaling ship captain. Williams had gained considerable wealth in the whaling industry, and he went on to further expand his fortune through real estate speculation. By the time he died in 1879, he was said to have been the wealthiest man in eastern Connecticut, with an estate valued at around $3 million.

In the meantime, the Ocean Bank became the First National Bank of Stonington in 1865, and it would remain in business here in this building for the next 75 years. However, the bank ultimately closed in February 1940, leaving the town of Stonington without any financial institutions. The bank’s president at the time, Judge J. Rodney Smith, explained in newspaper accounts that, although the bank itself was financially sound, the business conditions in town made the bank unprofitable for investors. He apparently did not cite specific reasons for this, but a likely cause was the ongoing Great Depression, along with the recent hurricane in September 1938, which battered coastal Connecticut.

As the sign in the first photo shows, the bank building was still for sale when Jack Delano took the photo some nine months after the bank closed. The building would ultimately be acquired by the Stonington Historical Society in 1942. The organization originally intended to turn the building into a museum and headquarters, but over the years it has instead been used as a rental property. Today, the historical society still owns the building, which has remained well-preserved in its 19th century appearance. It has also retained its original use as a bank, and it is currently a branch of Dime Bank, as shown on the sign on the left side in the 2021 photo. 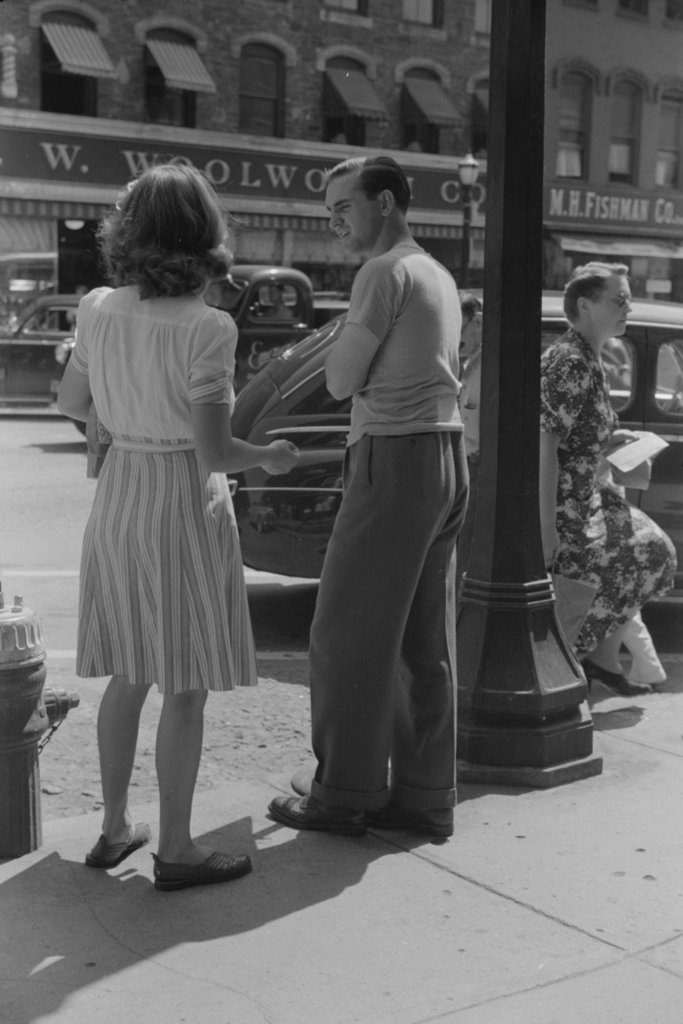 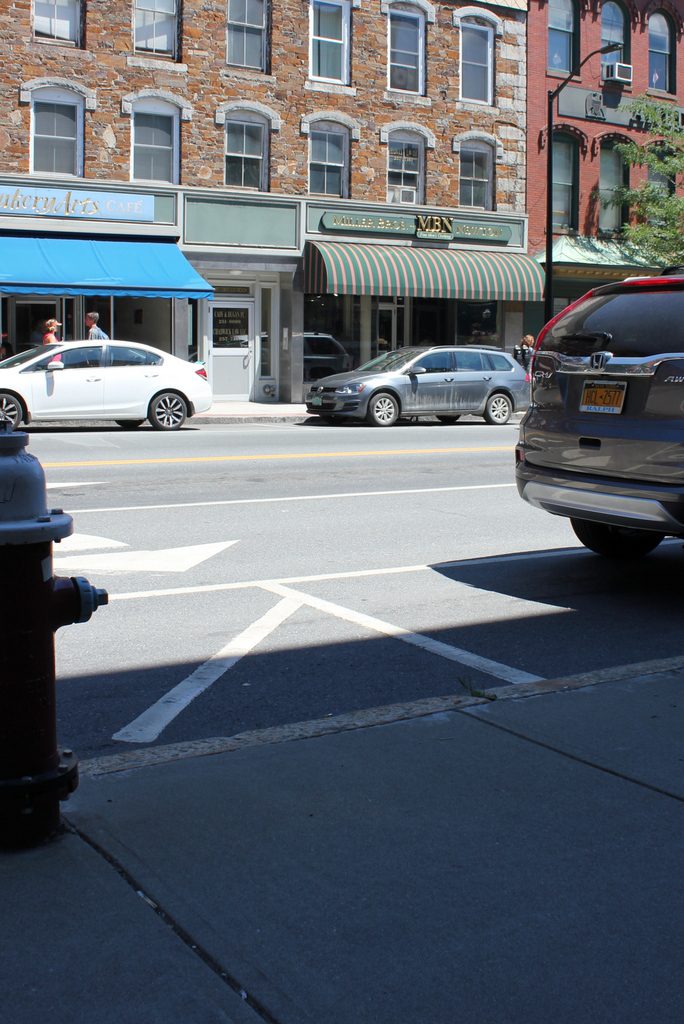 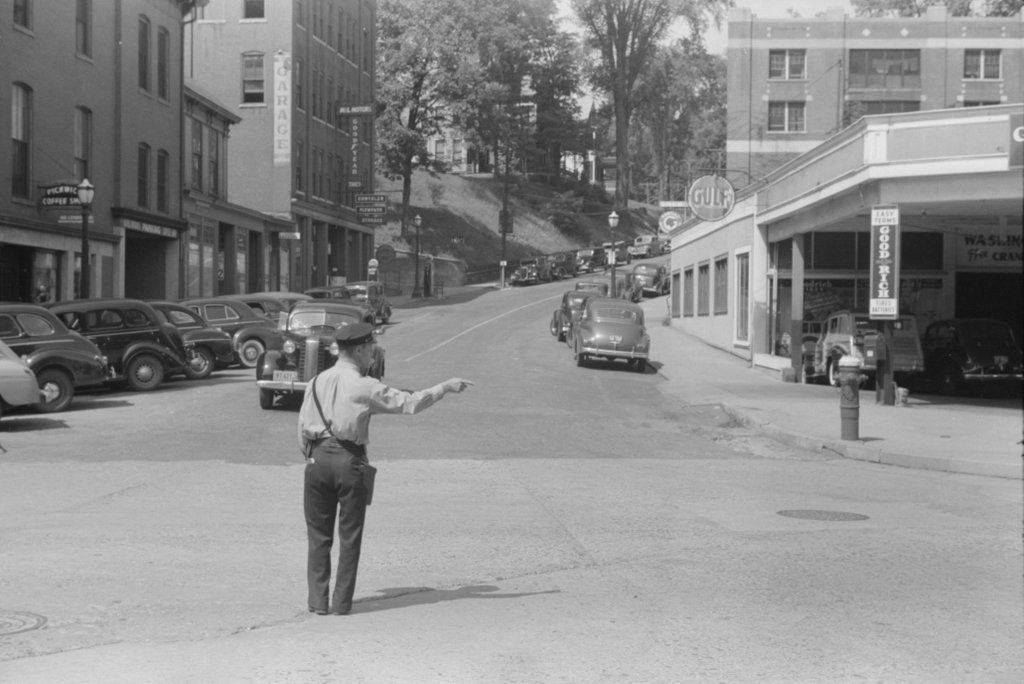 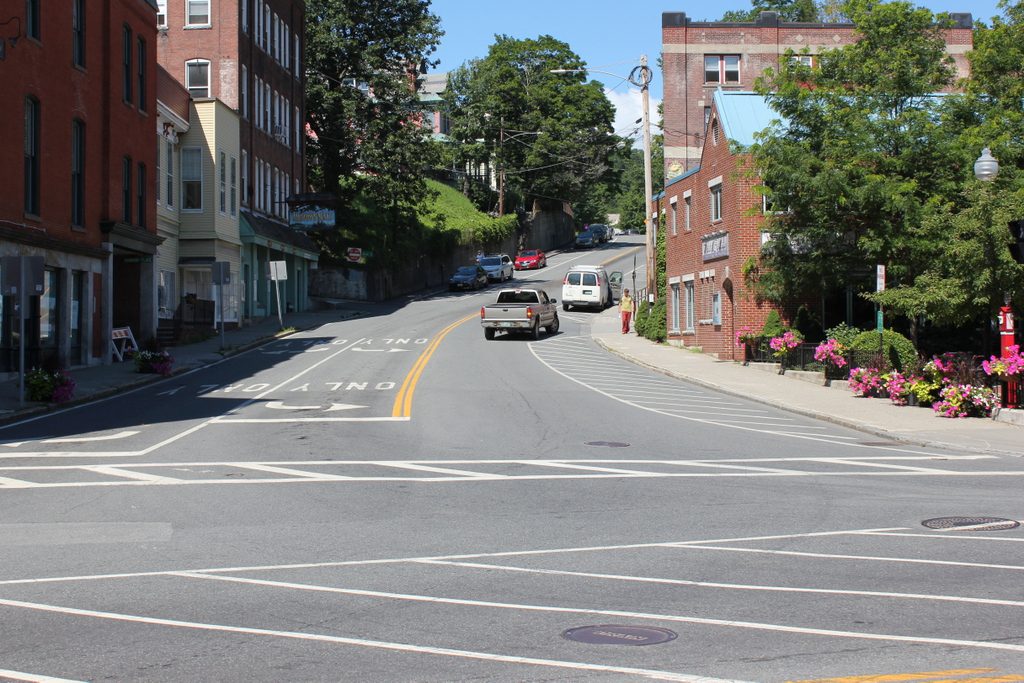