An explosion at the corner of Tremont and Boylston during the construction of the Tremont Street Subway on March 4, 1897.  Photo courtesy of Boston Public Library. 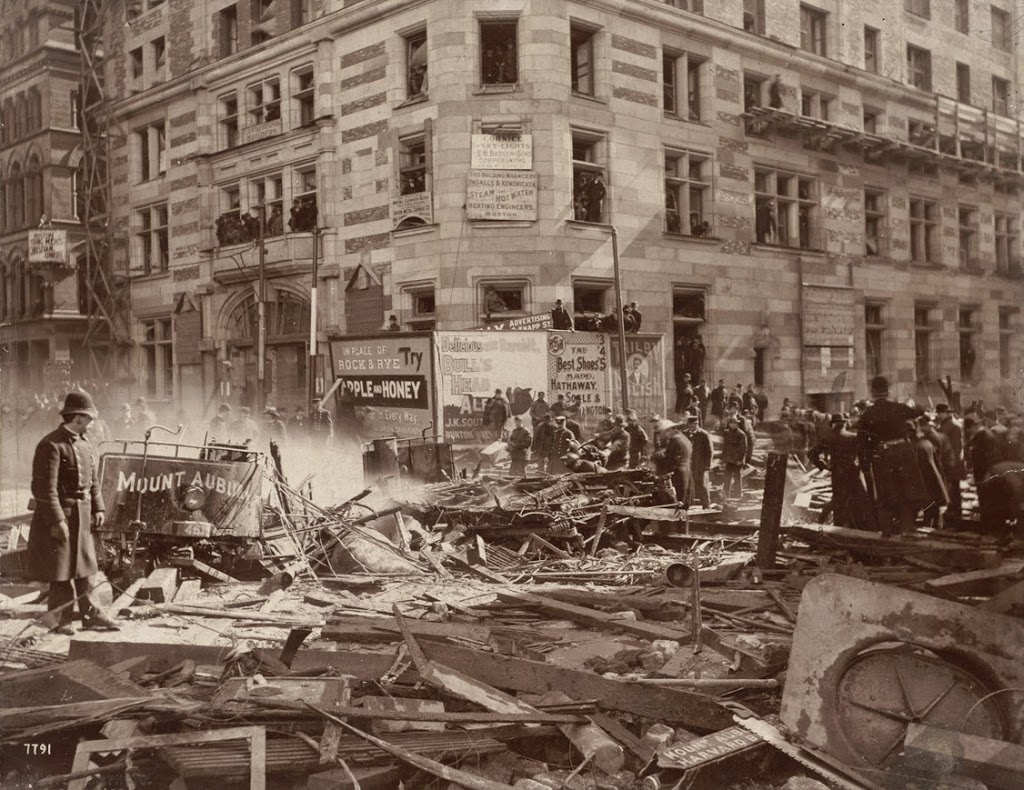 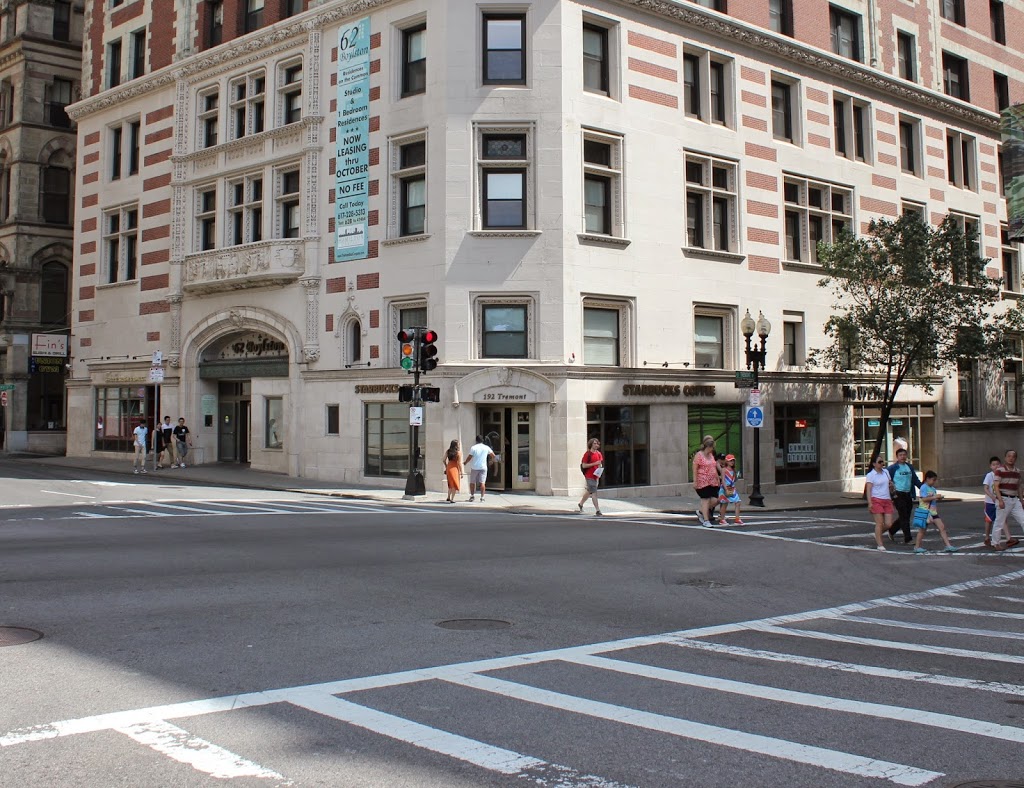 The corner of Boylston and Tremont is the location of a sharp 90 degree curve on the Green Line, where the underground tracks turn off of Boylston and onto Tremont.  In 1897, however, this was still under construction.  During this time, one of the gas lines at the intersection began leaking.  The escaped gas accumulated in the empty space underground, until a horse-drawn streetcar, the one marked “Mount Auburn”in the photo, ignited the gas as it passed above ground.  The explosion killed six people and caused significant damage to the surrounding buildings, including the Hotel Touraine, which was still under construction in the first photo and stands to this day.  The subway itself would go on to open on September 1, and the location of the explosion became the Boylston station.