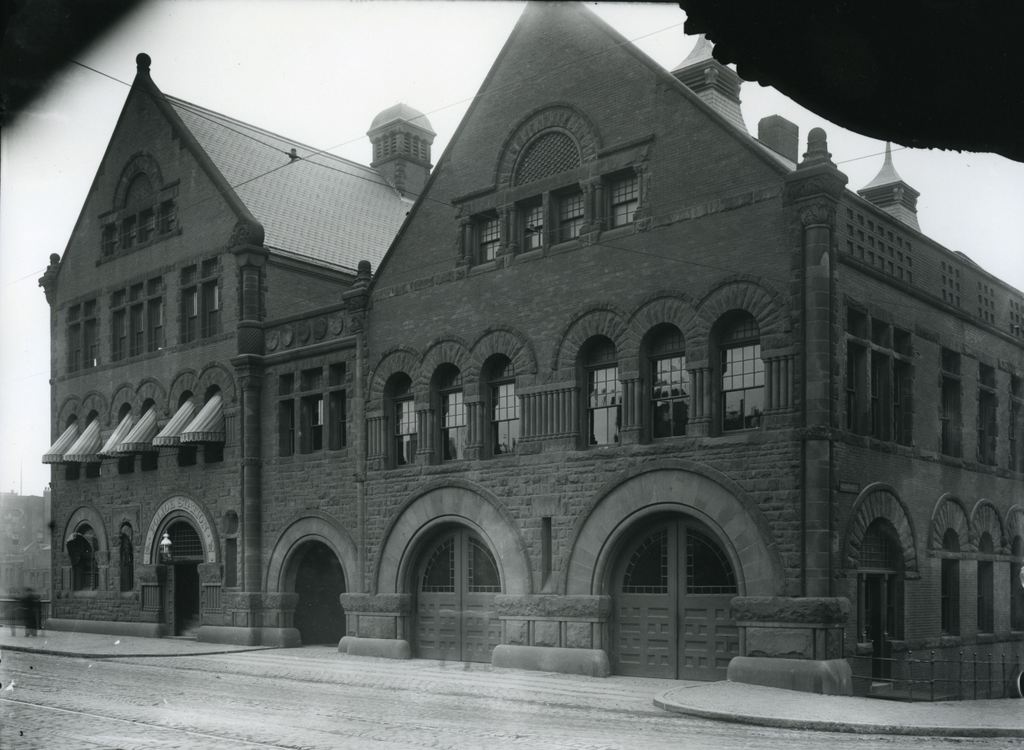 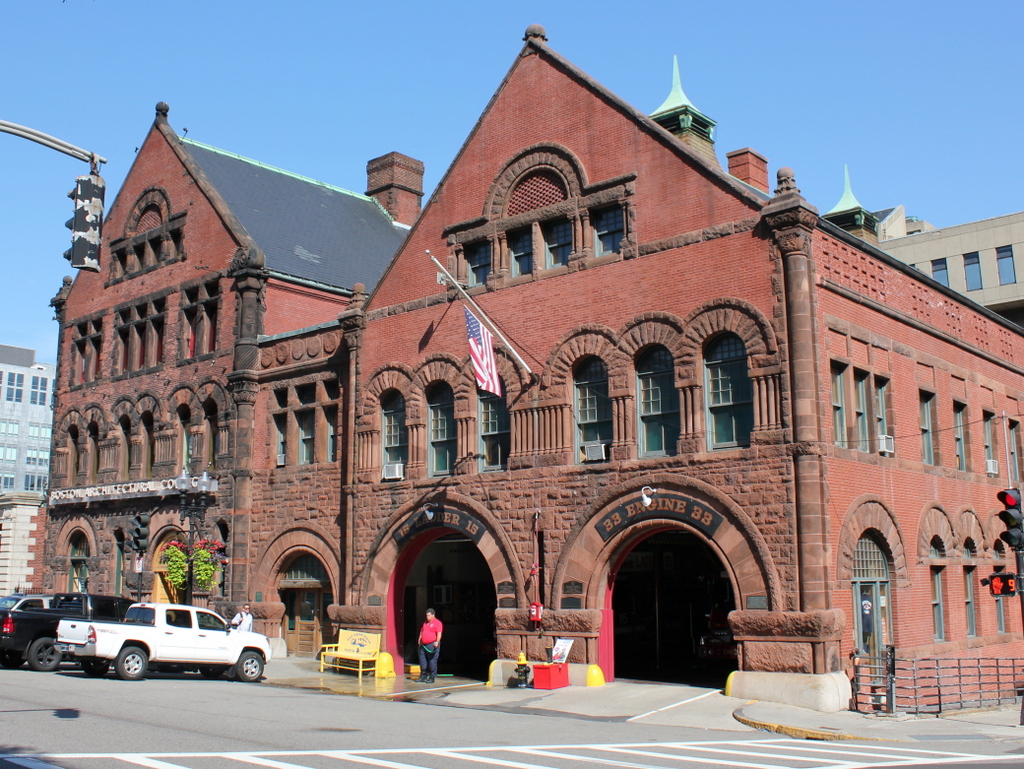 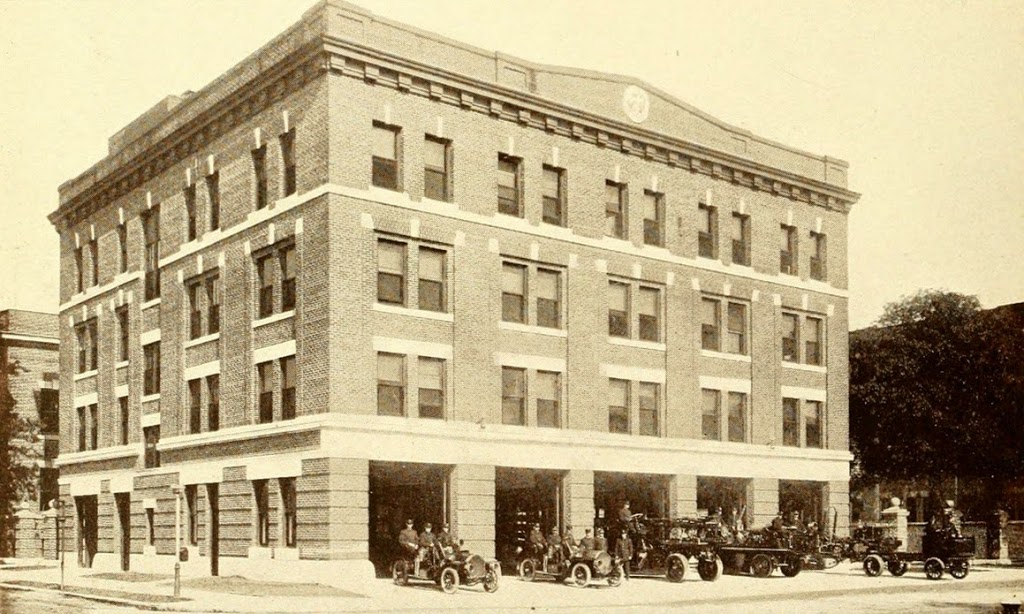 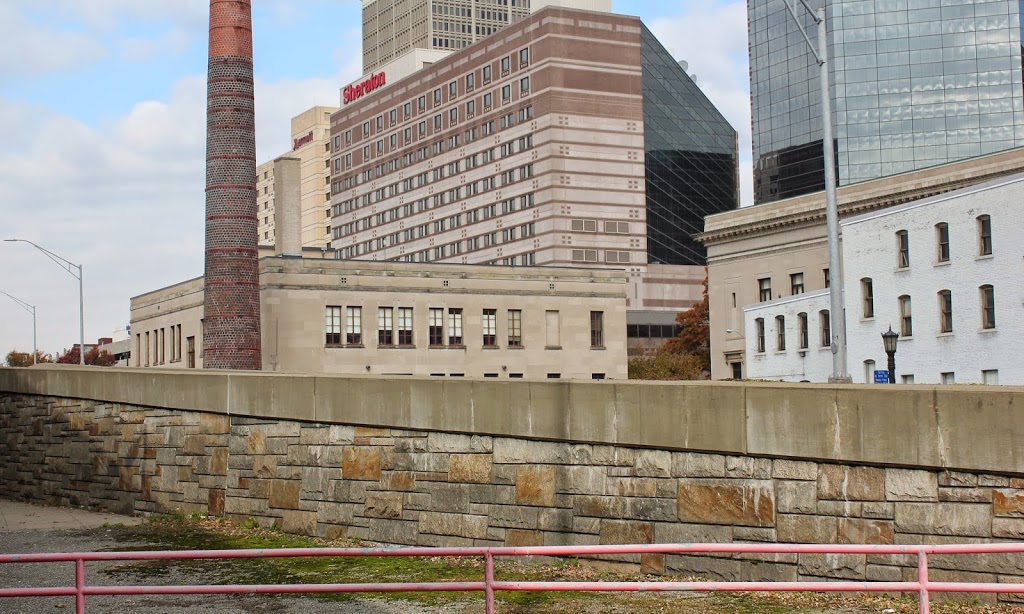 This fire station was built on about the same spot that Parsons Tavern used to occupy for most of the 1800s.  It must have been completed shortly before the first photo was taken, because the caption in Progressive Springfield, Massachusetts describes it as the “new” headquarters, and describes how:

“No city has a more up-to-date fire department and headquarters station than Springfield. The new station on Court Street cost $110,000. Its apparatus is all motor-driven and has modern conveniences for the force. The top floor houses the new fire alarm system installed at an expense of $30,000.  The flying squadron shown above consists of autos for Chief and Assistant Chief, the Electric Aerial Ladder Truck, Combination Electric Wagon and Hose and Water Tower with Gasoline Tractor.  The city expends about $240,000 a year on this department.”

Today, the location of this fire station is now an on-ramp for Interstate 91; the 2014 photo was taken from the parking garage directly underneath the highway.  The city’s two tallest buildings, Monarch Place and Tower Square, can both be seen in the photo, along with Symphony Hall, on the right-hand side.  It’s probably the only building visible that existed when the first photo was taken.  The Springfield Fire Department now has its headquarters on Worthington Street, although I don’t know that they still have any “Combination Electric Wagons” on the force.