The northwestern corner of Main and Hampden Streets in Springfield, around 1938-1939. Image courtesy of the Springfield Preservation Trust. 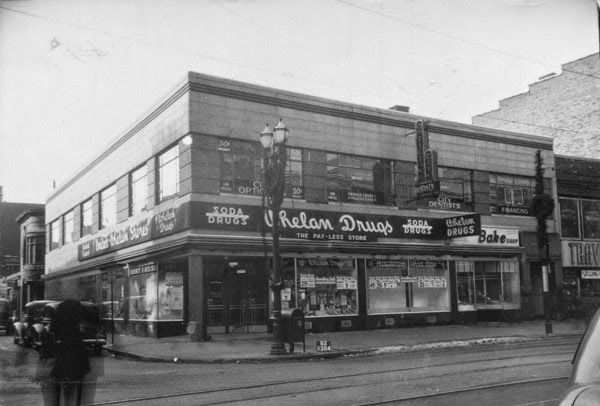 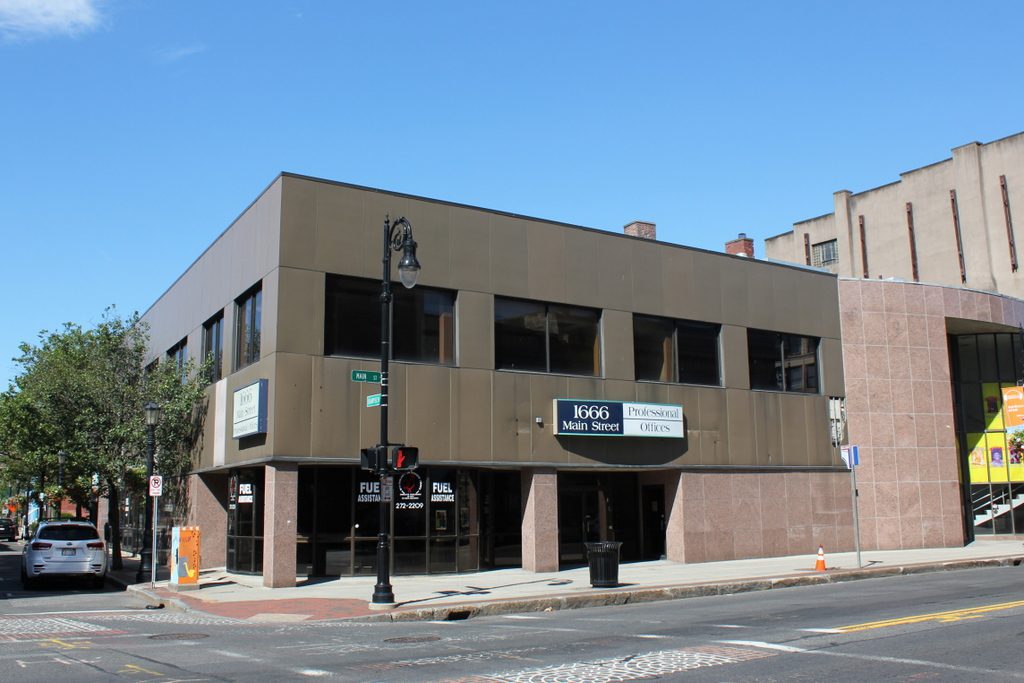 According to city records, the present-day building at this site dates back to 1909, which, if accurate, means that it is the same building in both photos. This is entirely possible, especially since both the size of the building and its window arrangement are very similar to the one in the first photo, but at the very least it has undergone dramatic changes over the years. When the first photo was taken in the late 1930s, the ground floor was occupied by Whelan Drugs, along with a bake shop on the right side, while the upper floor tenants included professional offices such as City Optitians and City Dentists.

Assuming the present-day building is the same one from the first photo, it has had significant renovations that have entirely obscured its original appearance, including very different exterior materials. In particular, the first floor has been heavily altered, and now has a recessed entrance in place of the old storefront. The right side of the building has been incorporated into newer construction, and today the only recognizable feature from the scene in the first photo is the Paramount Theater, which is partially visible in the distant right of both photos. 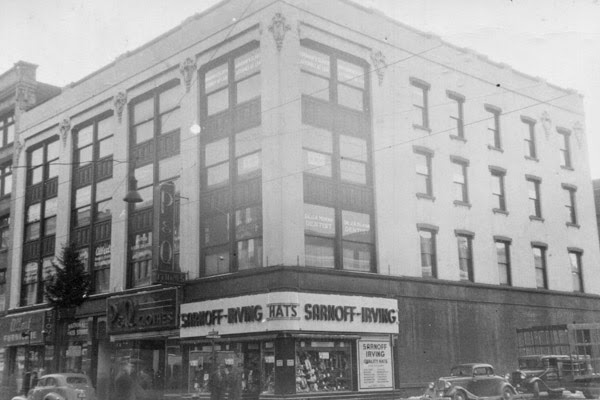 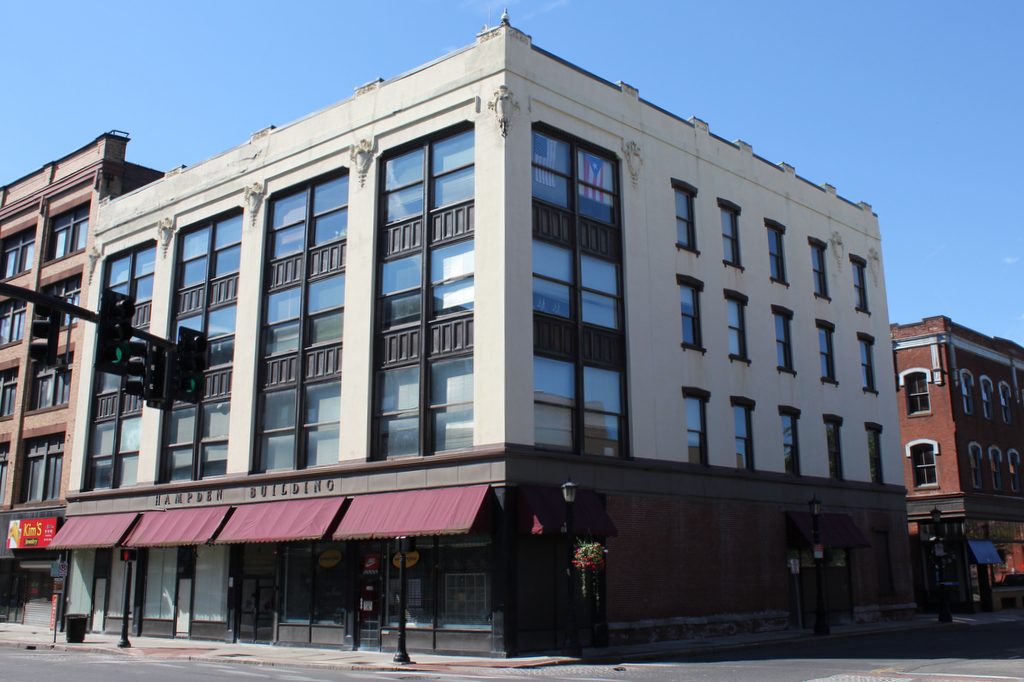