First Baptist Church at the corner of State and Spring Streets in Springfield, around 1892. Image from Picturesque Hampden (1892). 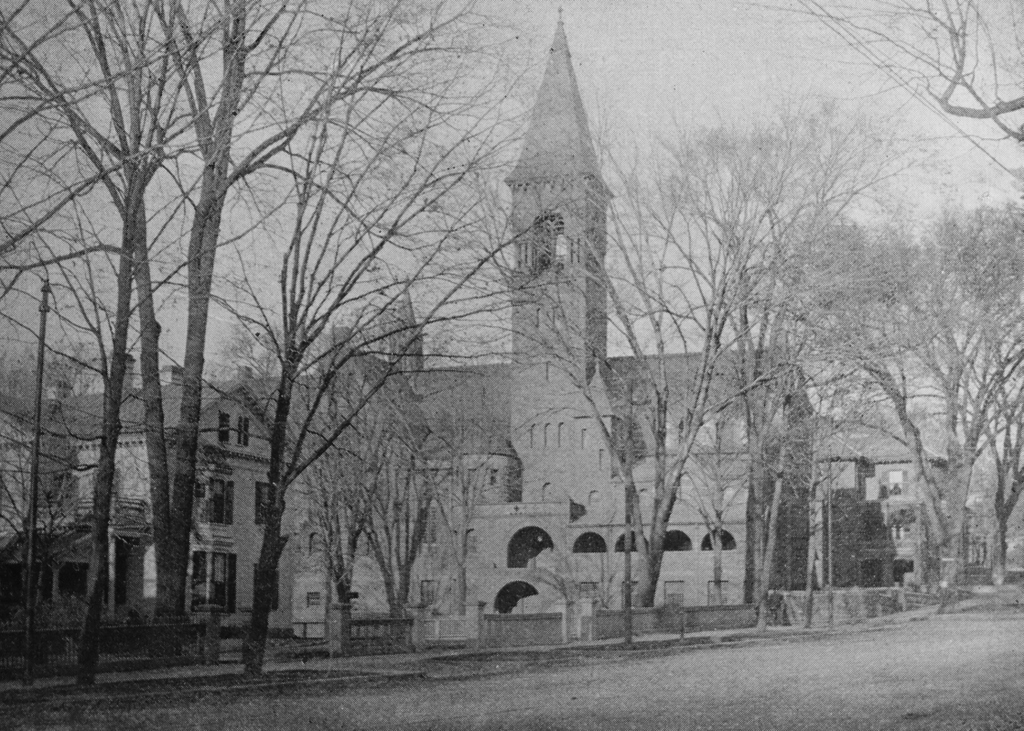 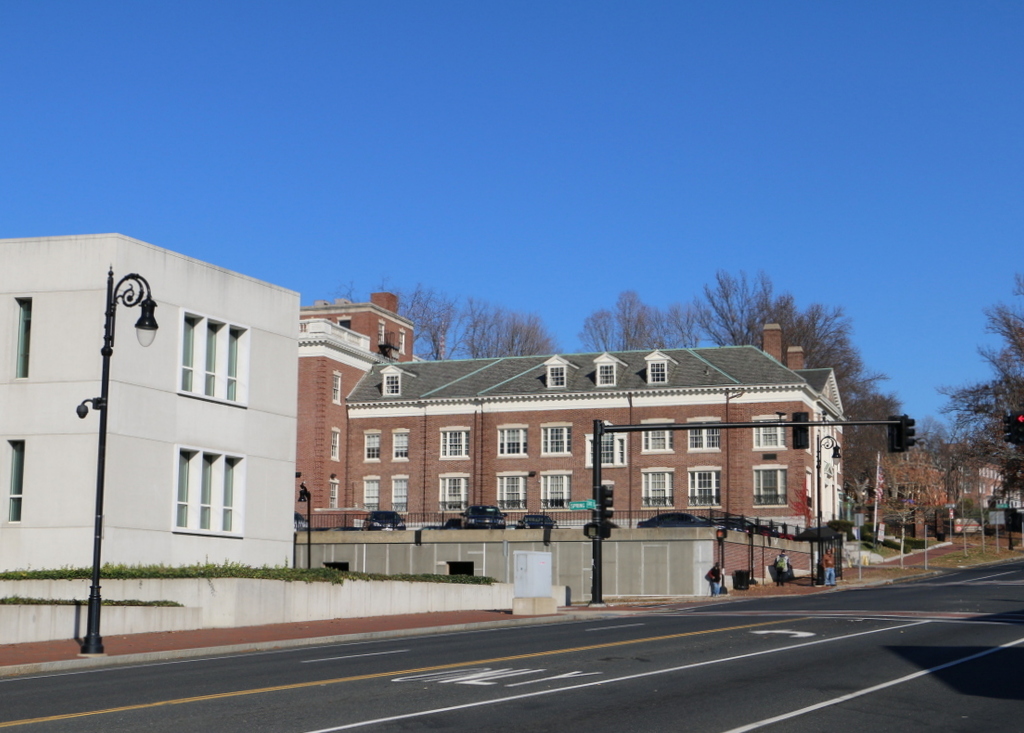 For several centuries, Congregationalism was the dominant religion in Massachusetts, including here in Springfield. It was the official state religion until 1780, and well into the 19th century the Congregational church was still publicly funded (this did not violate the First Amendment, which at the time only restricted Congress from establishing a religion, not the individual states). Minority churches such as Methodists and Baptists were permitted, but were generally small, as was the case in Springfield.

The First Baptist Church was officially organized in 1811 with 19 members, and for the first ten years of its existence the congregation met in homes or schoolhouses. Their first permanent meeting house was built on Central Street in 1821, and later in the decade they moved to a larger building at the corner of Maple and Mulberry Streets. At the time, these locations were on the outskirts of the town, which reflected their still somewhat marginalized status in a town still dominated by Congregationalism. This changed in 1847, though, when the growing church opened a new building right in the middle of downtown, at the corner of Main Street and Harrison Avenue. This building, which was in use until around 1888, can be seen in the distance of the photo in this earlier post.

By the late 1880s, Springfield had nearly quadrupled in size from its population when the old Baptist church was built, and Main Street had by then become primarily commercial. However, State Street was becoming the city’s cultural center, with a number of churches including Christ Church Cathedral, St. Michael’s Cathedral, Church of the Unity, and the State Street Methodist Episcopal Church. All of these churches were located within a quarter mile of each other, and around 1888 the First Baptist Church joined them by relocating to a new building at the corner of State and Spring Streets, as seen in the first photo. Built in the Romanesque style that was popular at the time, its architecture featured gratuitous use of arches and turrets, and later photos of the building show ivy covering the walls, giving the building an almost medieval appearance. Part of the church can be seen in the photo in this post, which was taken about 20 years later from the opposite direction.

Despite the grand architecture of their new building, First Baptist Church  remained here for only about 20 years. Around 1907 they merged with Highland Baptist Church, and this building was sold to St. Paul’s Universalist Church. It was still standing in the late 1930s, but at some point after that it was demolished and replaced by a two-story parking garage that stands on the site now. Interestingly, though, a part of one of the walls appears to have been incorporated into the parking garage; from Spring Street, a part of the rear wall (the side opposite State Street) is made of stone that matches the church’s rough-hewn stone exterior.