The house near the northwest corner of Main and High Streets in Brattleboro, around 1894. Image from Picturesque Brattleboro (1894). 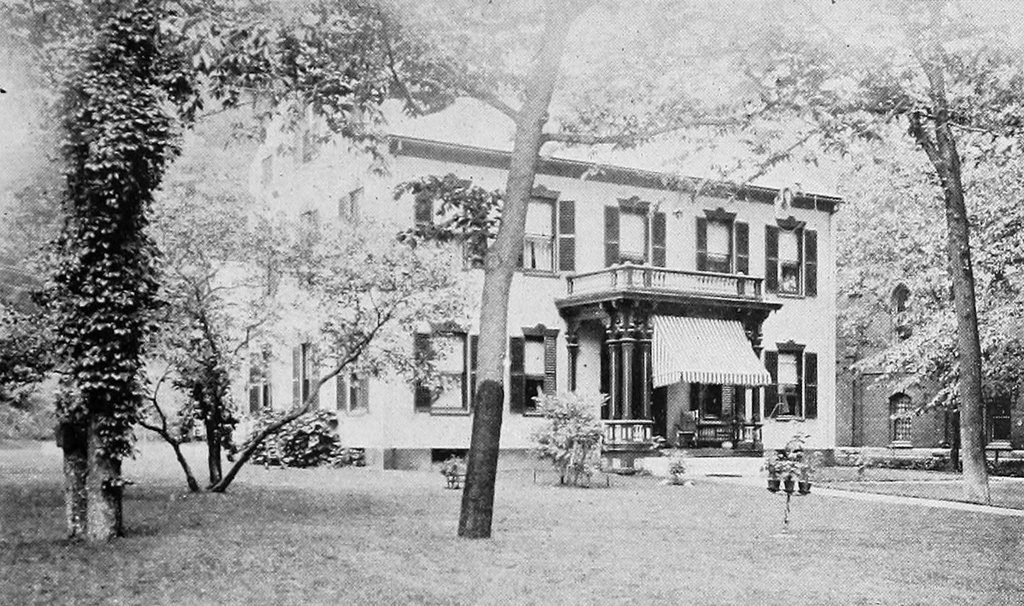 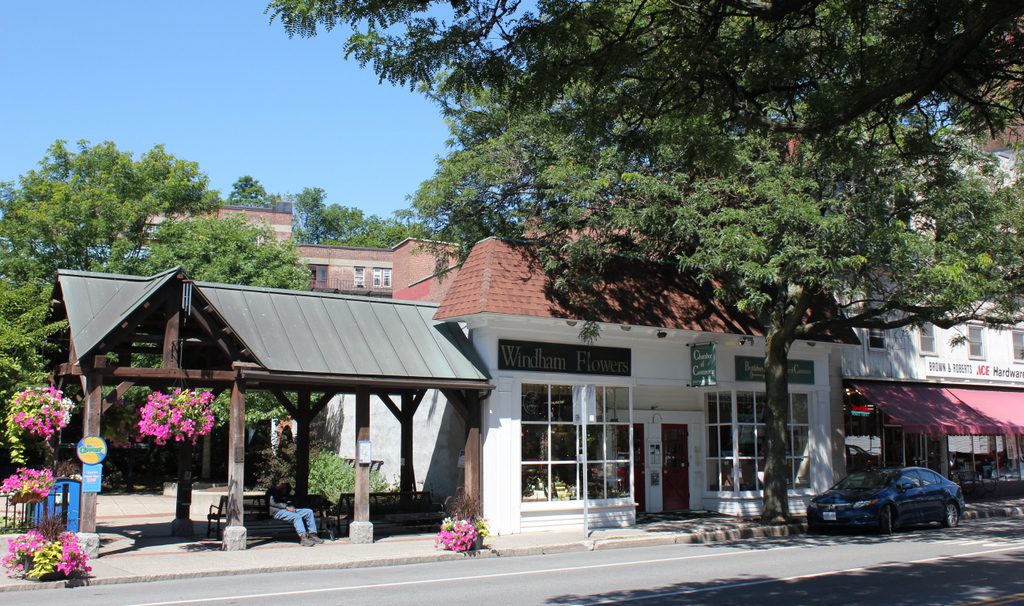 This house was the home to a number of notable Brattleboro residents throughout the 19th century, starting with Jonathan Hunt, Jr., a lawyer and politician who served several terms in Congress. Born in 1787 in the nearby town of Vernon, Hunt was the son of Jonathan Hunt, Sr., the first lieutenant governor of the state of Vermont. The elder Hunt was one of the early settlers of Vermont, arriving in the area in the mid-18th century, and he became the patriarch of a prominent family.

The younger Jonathan Hunt was an 1807 graduate of Dartmouth College, and subsequently became a lawyer here in Brattleboro. At some point in the early 19th century, he built this elegant house here on Main Street. It was reportedly the first brick house to be built in the area, and Hunt lived here with his wife, Jane Leavitt, who came from a prominent family in Suffield, Connecticut. The Hunts raised their five children here, and Jonathan went on to have a successful political career, serving in the state House of Representatives in 1811, 1816, 1817, and 1824, before being elected to the U.S. House of Representatives in 1826. He was re-elected two more times, and served in Congress until 1832, when he died from cholera while in Washington, D.C.

Jonathan Hunt’s death left Jane with five young children, all under the age of 10. Soon after his death, Jane and the children left this house, moving first to New Haven before going to New York and then to Boston. In the subsequent decades, three of her sons would go on to achieve fame as artists. The oldest, William Morris Hunt, was a prominent painter in Boston, while his brother, Richard Morris Hunt, was one of the most celebrated architects of the Gilded Age, designing mansions such as The Breakers and Marble House in Newport, along with the pedestal of the Statue of Liberty. The youngest child, Leavitt Hunt, was an attorney like his father, but he also became a noted photographer, and during an 1851-1852 tour he took some of the earliest photographs of the Middle East.

Later in the 19th century, this house was owned by George Howe. Like Jonathan Hunt, he was also a Vernon native who went on to become a lawyer and politician. He was an 1847 graduate of Harvard Law School, and later that year he was admitted to the bar and began his practice here in Brattleboro. From 1858 to 1860, he served as state’s attorney for Windham County, and from 1861 to 1864 he was the U.S. Attorney for the District of Vermont. He also served in the Vermont state Senate from 1874 to 1875, and was a delegate to the 1876 Republican National Convention. He moved out of Brattleboro in 1880, after being appointed to a position in the Pension Department, and he died eight years later in Vernon.

By the time the first photo was taken around the early 1890s, this house was owned by yet another prominent Brattleboro resident, Colonel George W. Hooker. A Civil War veteran, Hooker was 23 years old when he enlisted as a private at the start of the war. However, he quickly rose through the ranks, and by the end of the war he was a lieutenant colonel. During this time, he was noted for his heroism in combat, particularly at the Battle of Crampton’s Gap in 1862, when he single-handedly captured 116 Confederate soldiers at one time. He had been riding ahead of his men, and stumbled into the midst of the Confederate unit. Despite being alone, he demanded the colonel’s surrender, who complied and gave Hooker his sword, and Hooker was later awarded the Medal of Honor for his actions.

Later in the war, Hooker was badly wounded at the Battle of Cold Harbor, where he was shot five times. However, he recovered from his wounds, and after the war he resumed his peacetime occupation as a traveling salesman. Then, in 1876 he moved to Brattleboro, where he began a career in politics. He was Governor Redfield Proctor’s chief of staff in 1878, a delegate to the Republican National Convention in 1880, and the Sergeant at Arms of the U.S. House of Representatives from 1881 to 1883. He also served in the Vermont state House of Representatives, and he lived here in Brattleboro until his death in 1902.

Despite its connection to many important Brattleboro residents, this house was demolished sometime in the early 20th century, and the property was redeveloped for commercial use. The current buildings on this site date back to 1929, so the house was probably demolished shortly before then. However, there is one building that remains from the first photo. On the far right is the First Baptist Church, which was completed in 1870, just to the right of the Hunt-Howe-Hooker House. It is still standing today, although from this angle it is mostly hidden by buildings and trees.