Connecticut Hall, seen from across the quadrangle on the Old Campus of Yale University, around 1901-1905. Image courtesy of the Library of Congress, Detroit Publishing Company Collection. 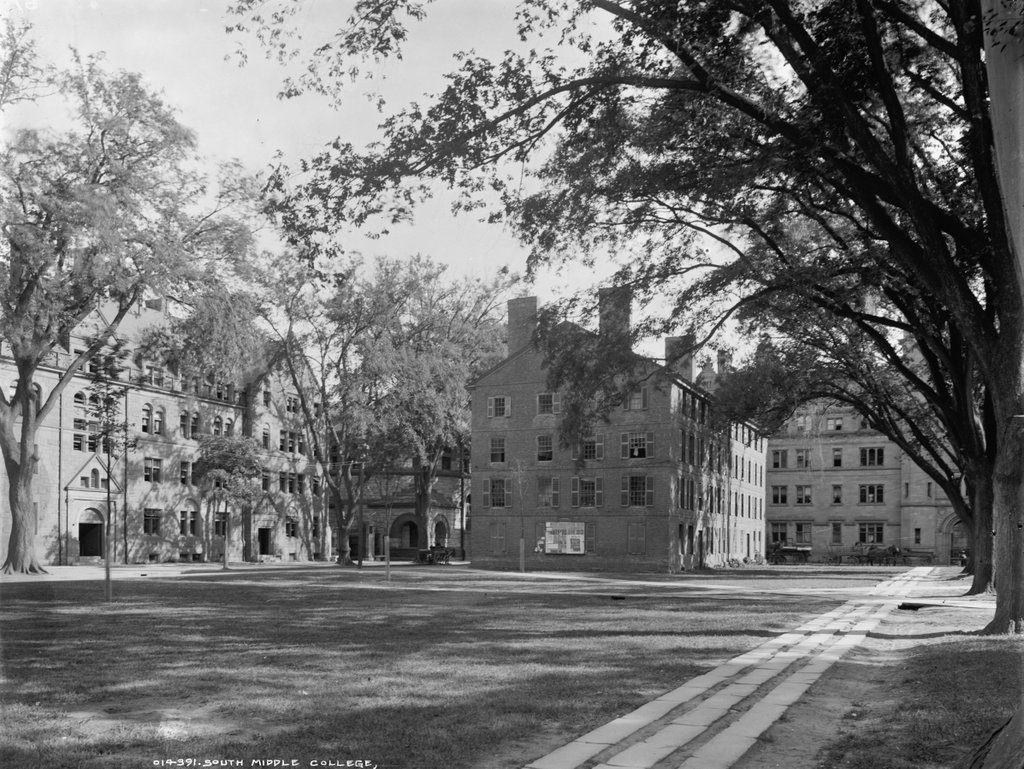 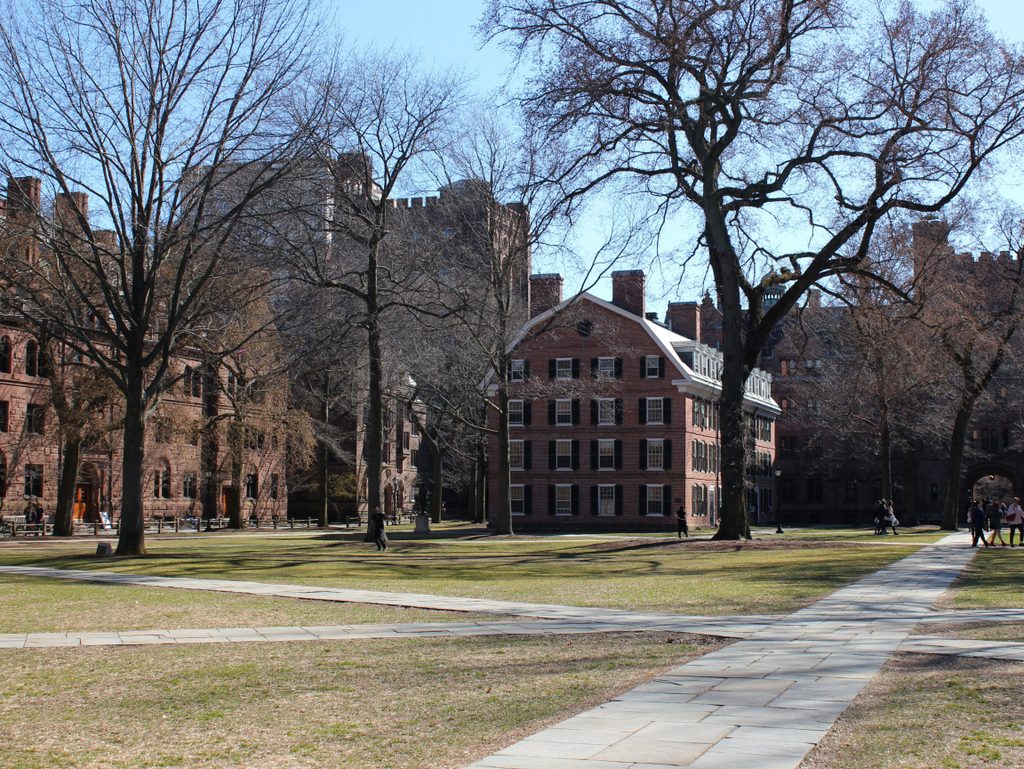 As discussed in an earlier post, Connecticut Hall was among the earliest buildings to be constructed on the Yale campus. It was completed in 1752, and it originally featured a Georgian-style design that was modeled after Massachusetts Hall at Harvard. At the time, there were only a few buildings here at Yale, so Connecticut Hall served many different purposes in its early years. There was space for a dining room, library, recitation hall, chapel, and dormitory rooms, and the ground floor also housed the buttery, where students could purchase beer, tobacco, and other products not available in the dining hall.

Over the years, as Yale steadily expanded, Connecticut Hall was joined by a group of similar buildings that all stood in a line parallel to College Street. Collectively known as the Old Brick Row, these buildings alternated between long dormitories and shorter academic buildings. Connecticut Hall eventually became exclusively a dormitory, and was known as South Middle College. In the midst of this expansion, Connecticut Hall was altered around the turn of the 19th century, and the original gambrel roof was replaced with a peaked roof, as seen in the first photo.

The Old Brick Row was at the center of Yale for much of the 19th century, but by 1870 the school had adopted a new plan that called for new Gothic-style buildings along the perimeter of the campus, with a large open quadrangle in the middle, where the Old Brick Row stood. The buildings around the quadrangle were largely completed by the mid-1890s, and demolition of the old buildings began around the same time. By the turn of the 20th century, only three remained, and two of these – North College and the Lyceum – would be demolished in 1901. This left South Middle College as the sole survivor of the Old Brick Row, and at this point it was almost entirely walled in behind modern buildings, including Welch Hall on the left, Osborn Hall in the distant center, and Vanderbilt Hall on the right side of the first photo.

The old building was nearly demolished, but this threat sparked an outcry in favor of its preservation. As a result, it was instead renovated, soon after the first photo was taken. The most noticeable change on the exterior was the reconstruction of the gambrel roof, and the building was renamed Connecticut Hall. It would continue to be used as a dormitory throughout the first half of the 20th century, but it underwent another major renovation in 1952-1954, when the interior was gutted and converted into office space. Today, the building still stands, and it currently houses the offices of the Department of Philosophy. Now over 250 years old, it is the oldest surviving building on the Yale campus, along with being one of the oldest college buildings in the United States.