The Lyceum, on the campus of Yale University in New Haven, around 1901. Image taken by William Henry Jackson, courtesy of the Library of Congress, Detroit Publishing Company Collection. 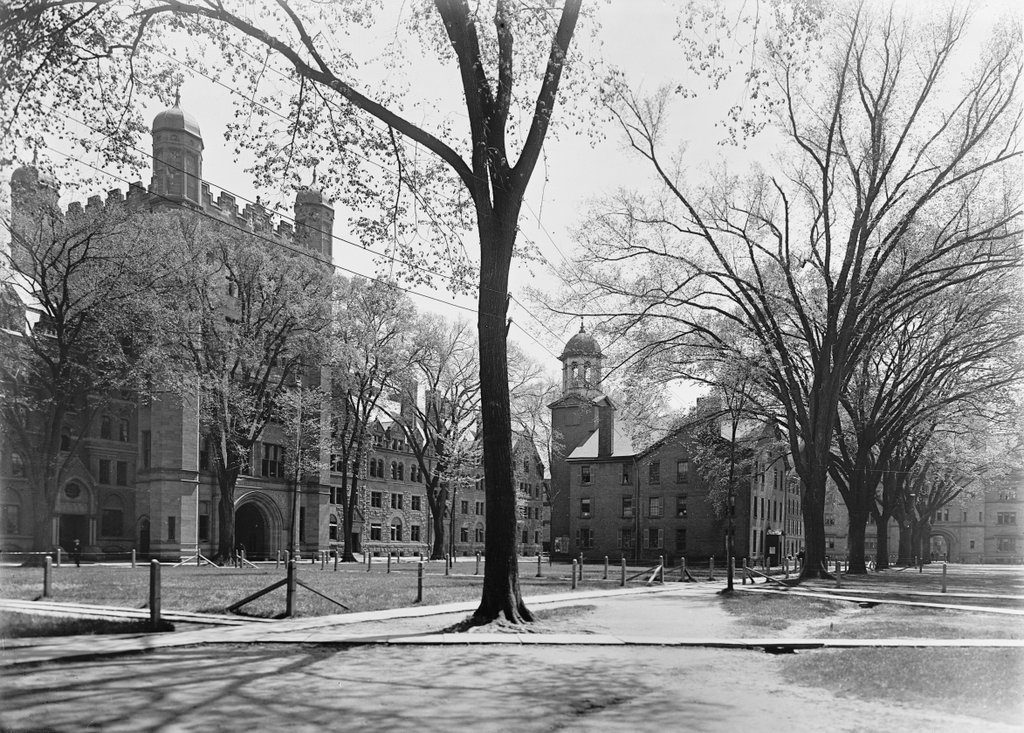 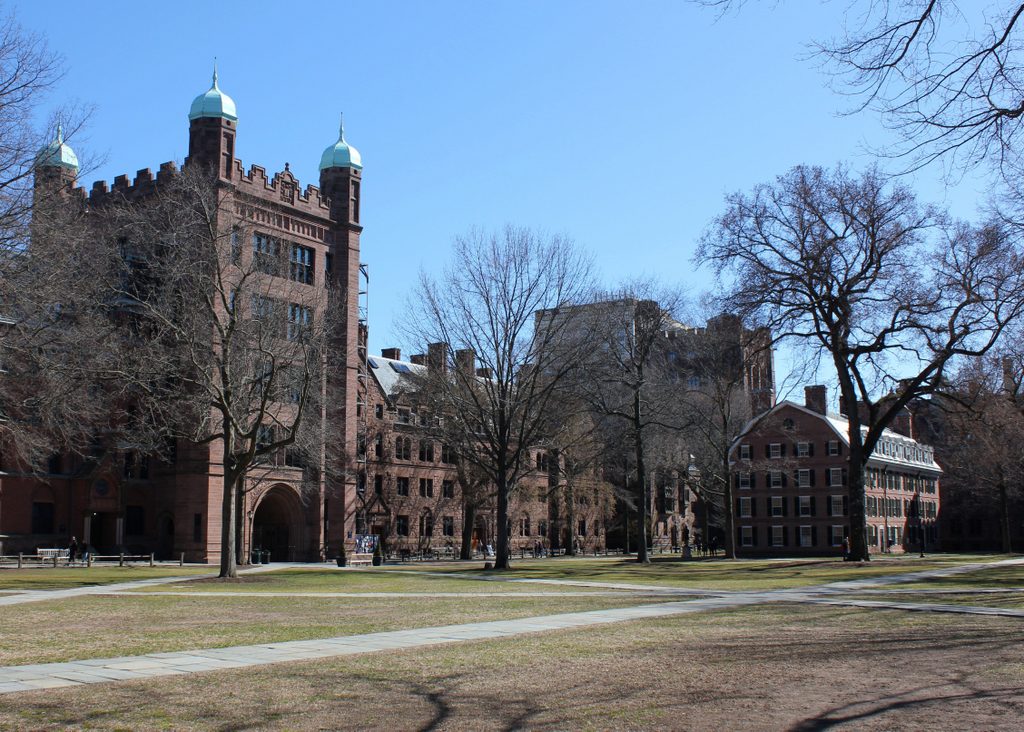 The first photo was the work of noted photographer William Henry Jackson. Although best known for his late 19th century views of the American West, Jackson later became the president of the Detroit Publishing Company, a leading postcard company of the turn of the 20th century. During his time with the company, he continued to photograph sites around the country, including a visit to New Haven around 1901, where he took the first photo, showing the Old Campus of Yale University.

The dramatic changes at Yale during the late 19th century have been discussed in earlier blog posts, but perhaps no view better illustrates this transition than the first photo, which contrasts the old, soon-to-be-demolished Lyceum on the right, and the new Phelps Hall on the left. The Lyceum was built in 1803 as part of the Old Brick Row, a group of seven brick buildings that once comprised most of Yale. It was originally designed as a recitation hall, but it also served other functions over the years, including housing the school library from 1804 until 1824. In addition, the building received several distinguished visitors in the early 19th century, including the Marquis de Lafayette in 1824 and President Andrew Jackson in 1833.

In 1870, Yale adopted a new campus plan, which called for new buildings along the perimeter of the Old Campus, and a quadrangle in the center. The Old Brick Row stood in the middle of this proposed quadrangle, so the old buildings were steadily demolished in the late 19th and early 20th centuries in order to clear the site. By the time the first photo was taken, many of these buildings were already gone, including North Middle College and the Second Chapel, which had stood in the foreground before being demolished in 1896.

The Lyceum was still standing when the first photo was taken, although the modest Federal-style building looked very out of place in a setting that was otherwise dominated by large, Gothic-style buildings. These included Phelps Hall on the left, which was completed in 1896 with a design that resembled a medieval gatehouse. To the right of Phelps Hall was Welch Hall, a dormitory that was completed in 1891, and in the distance on the far right side was Vanderbilt Hall, another dormitory that was built three years later.

The Lyceum was ultimately demolished in 1901, along with the nearby North College. This left South Middle College, which was located directly south of the Lyceum, as the only remaining building from the Old Brick Row. It too was threatened with demolition in the early 20th century, but it was ultimately preserved, undergoing a major restoration in 1905. Although hidden from view behind the Lyceum in the first photo, it is now visible on the right side of the scene in the 2018 photo. Renamed Connecticut Hall, it now stands as the oldest building on the Yale campus, and it was designated as a National Historic Landmark in 1965.