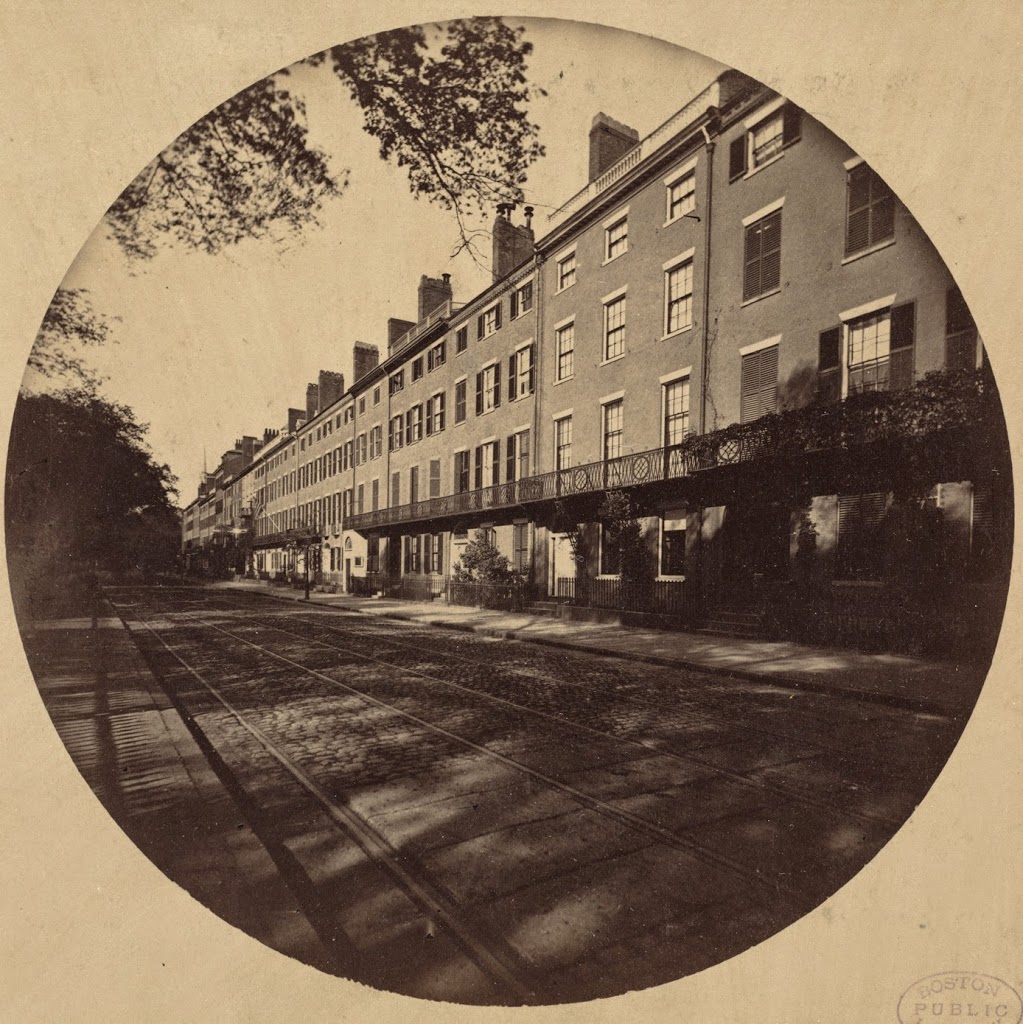 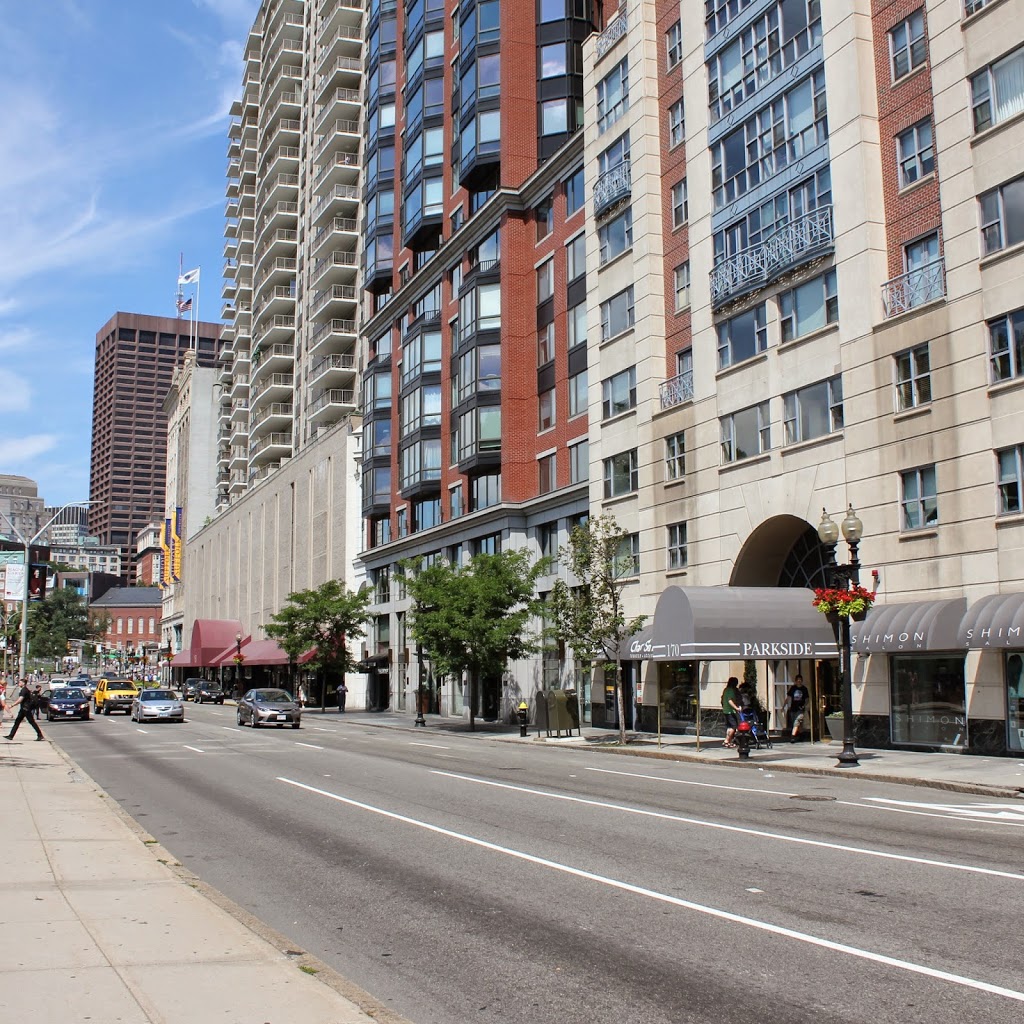 Tremont Street has substantially changed over the past 150 years, as seen in the stark contrast between Charles Bulfinch’s 1810 Colonnade Row and the modern high-rise apartment buildings of today.  The 19 houses that made up Colonnade Row were similar to those along Beacon Street on the other side of the Common, but while many of the early 19th century homes on Beacon Hill remain today, the ones on Colonnade Row are long gone.  Some of the houses survived into the mid-20th century, as seen in this photo on the Boston Public Library Flickr account, but obviously today none are left.  There is, however, at least one building in the 2014 photo that predates Colonnade Row – Park Street Church in the distance was completed in 1809 and still stands at the corner of Park and Tremont.