The Sheaffe House at the corner of Columbia and Essex in Boston, sometime in the 1800s. Photo courtesy of Boston Public Library. 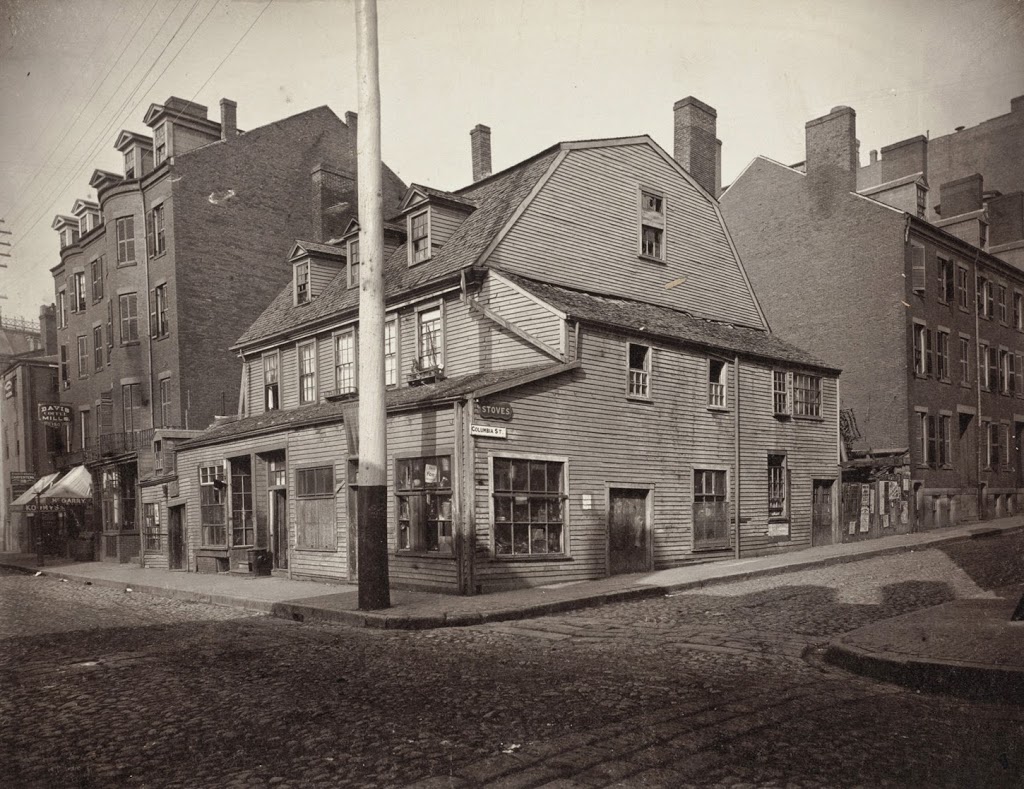 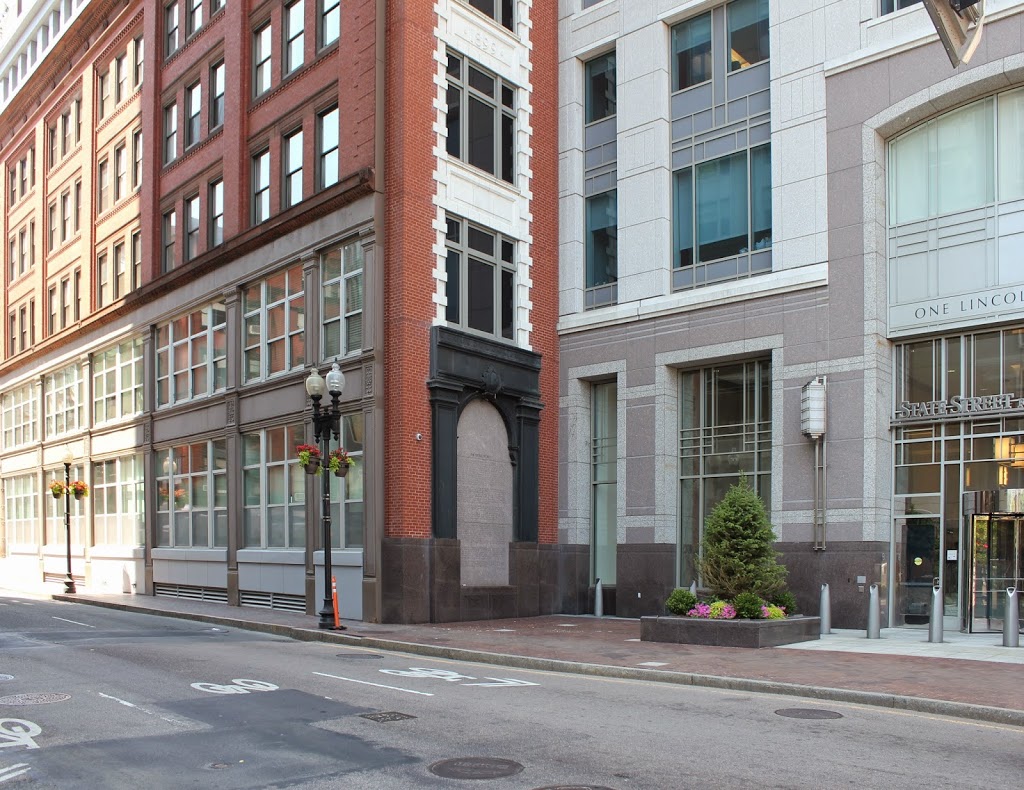 Located in the southern part of downtown Boston, the Sheaffe House was built in 1734 by Thomas Child, who owned a distillery a few block away.  The house was later owned by his son-in-law, William Sheaffe, for whom the house is named.  Sheaffe died in 1771, and his wife opened the house as a boarding house to support the family.  One of the residents was Lord Percy, a British officer who fought at Lexington & Concord and the Battle of Long Island.  Thanks to Lord Percy, one of Sheaffe’s children, Roger Hale Sheaffe, attended military school in London and eventually reached the rank of general in the British army.

The house was demolished sometime before 1887, and the brick building on the left-hand side of the 2014 photo replaced it.  The building, 88 Kingston Street, has been substantially renovated – I’m not sure if anything survives but the facade.  To the right is the One Lincoln Street building, an office building that was built in 2003 and is one of the tallest buildings in the Financial District.