Looking south on Main Street from the corner of Harrison Ave., around 1910. Photo from Views and Facts of Springfield, Mass. (1910). 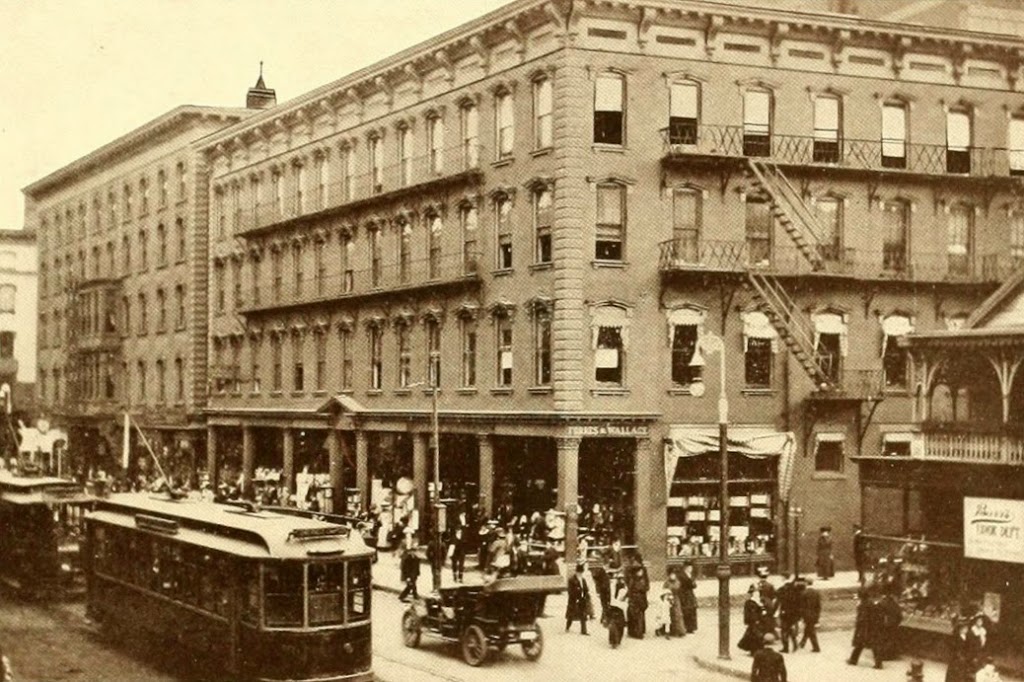 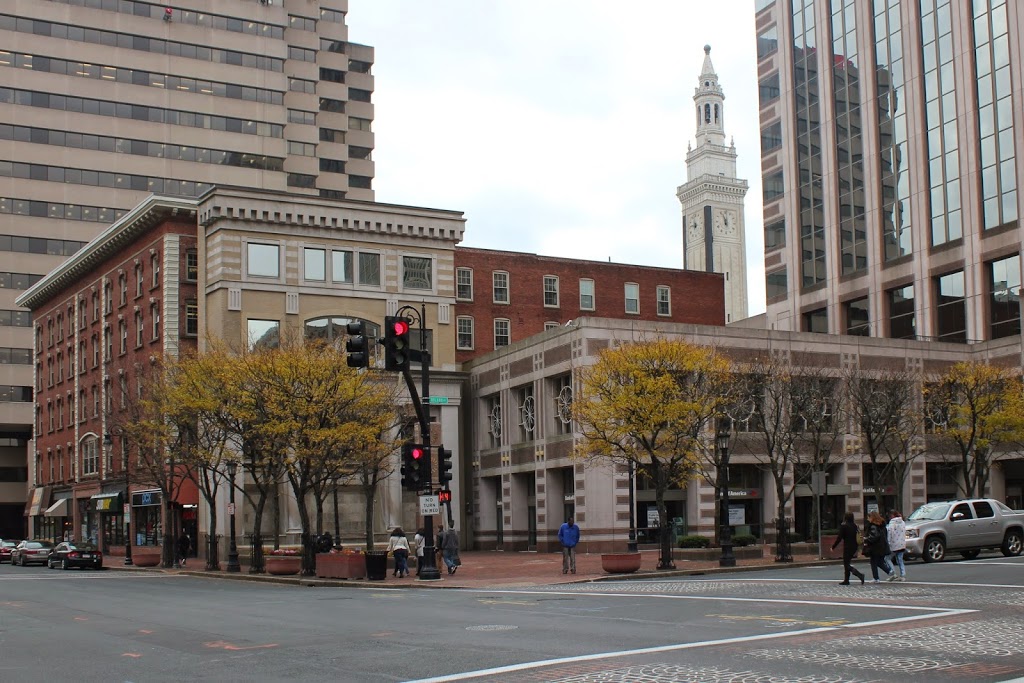 The Forbes & Wallace department store was established in Springfield in 1874 at the corner of Main and Vernon Streets (today Boland Way), and by the turn of the last century it had become a major shopping destination in downtown Springfield.  At some point after the first photo was taken, the building was demolished and replaced by a much larger department store building, seen in the photo in this article from the Springfield Republican.  However, with increasing competition from suburban shopping malls, the store closed in 1976 and the building was demolished in 1982.  It was replaced by Monarch Place, which was completed in 1987 and is the tallest building in the city.

The original Forbes & Wallace building may be long gone, but its neighbor to the south, the Haynes Hotel, survives to this day.  The hotel was built in 1865, and for many years was one of the city’s premier hotels.  It was used as a hotel until 1943, when it was converted into commercial and office spaces.  Today, the building is on the National Register of Historic Places, and although it is now surrounded by tall, modern skyscrapers, it still looks much the same as it did when it was completed 150 years ago.